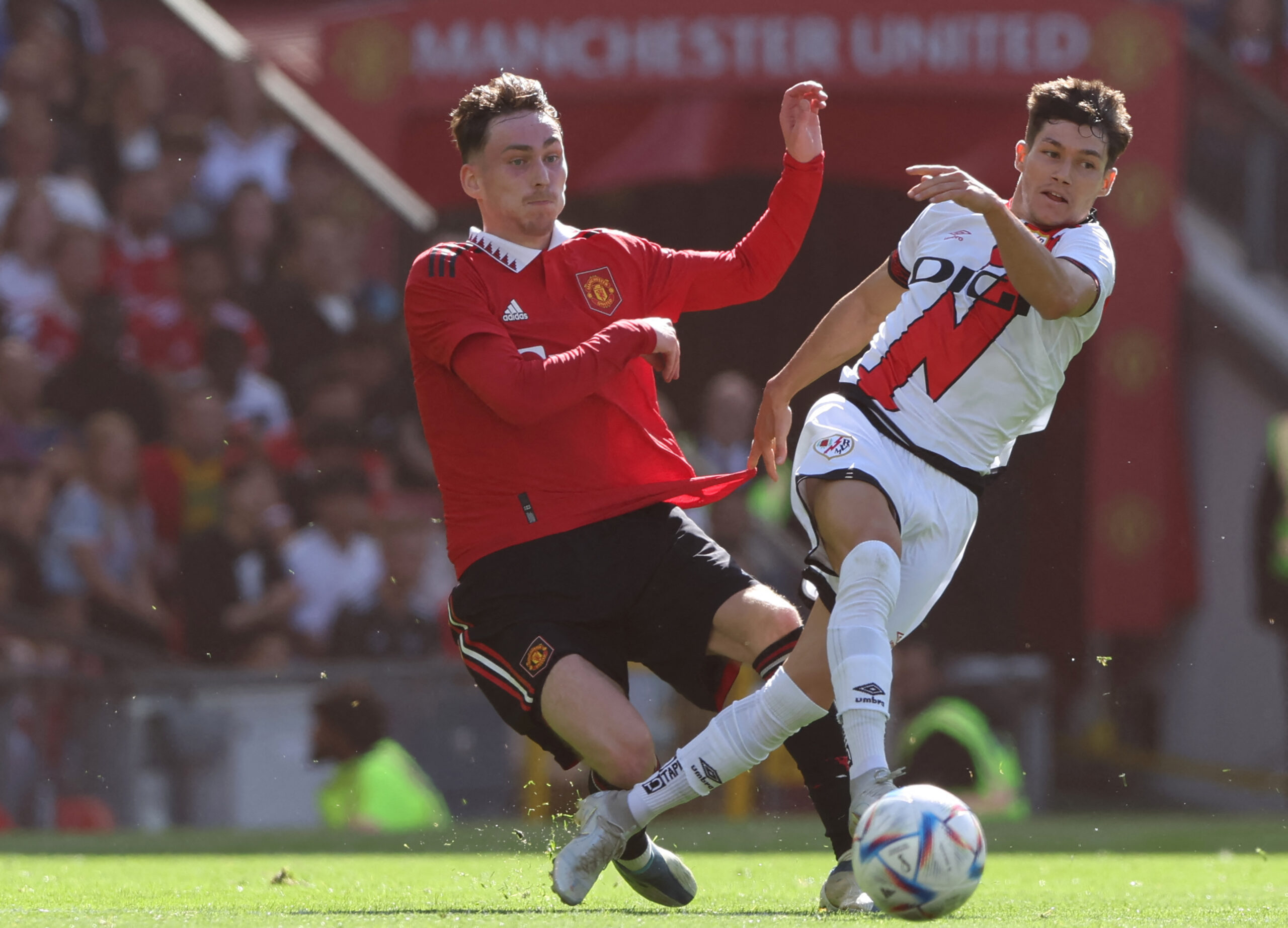 Everton are interested in signing Manchester United midfielder James Garner and have begun negotiations for him, according to The Athletic.

The United academy graduate has spent the last two seasons out on loan spells, most recently at Nottingham Forest where he played a key part in their promotion to the top flight.

However, he was injured for much of the pre-season and did not have ample time to stake his claim in Erik ten Hag’s plans.

The Dutch boss has now approved his sale and Everton are keen on landing the 21-year-old in the final days of the transfer window.

The move is expected to be a permanent sale with United asking for a €17 million fee.

There are other Premier League clubs interested in the services of the Englishman, including Tottenham Hotspur, Southampton and Leicester City, although the latter would need to sell players first.

The Toffees are the likeliest destination for Garner at this point, with manager Frank Lampard looking to strengthen his midfield.

Everton have already signed Amadou Onana from Lille this summer and are working on loan moves for Mohammed Kudus and Idrissa Gueye.

Busy end to the window at United

United had an exodus of players early in the window with multiple players departing the club.

The Red Devils also brought in three new signings before the commencement of the season earlier this month.

A poor start to the season has seen the Old Trafford outfit continue to reshape their squad in recent days.

Casemiro has been signed from Real Madrid while United remain hot on the trail of Antony and Cody Gakpo.

Ethan Laird recently joined Queens Park Rangers on loan and Eric Bailly is close to signing for Olympique Marseille. Garner could be the next to leave but will likely not be the last.