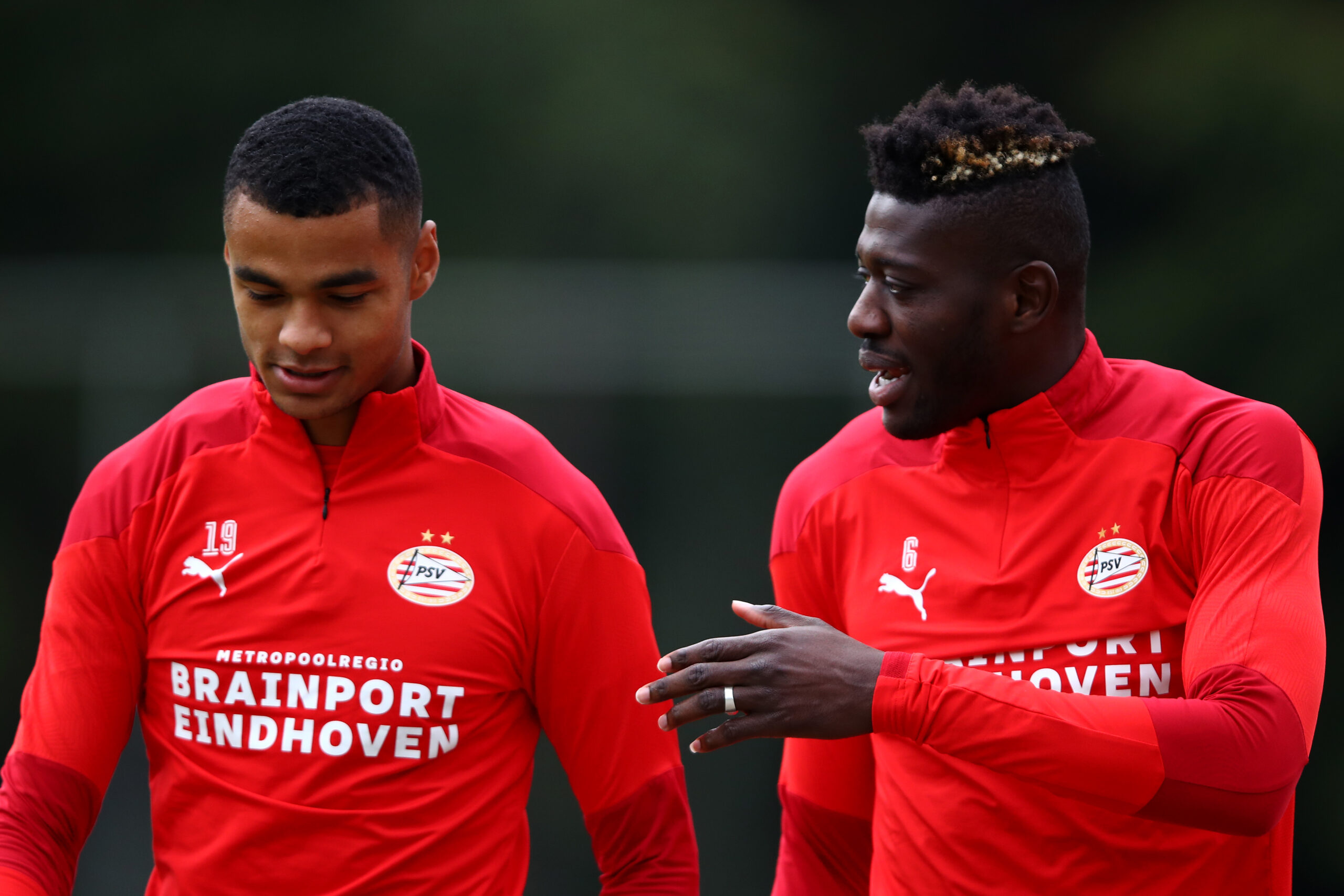 Premier League rivals Everton have joined Manchester United in the race to sign PSV Eindhoven star Cody Gakpo this summer, according to The Sun.

United are eyeing multiple attacking reinforcements before the transfer deadline, and they are working on deals for both Gakpo and Ajax’s Antony.

PSV are only expected to decide on Gakpo’s future after the Champions League play-off second leg against Rangers, but there seems competition.

United are not alone in the pursuit of the €45 million-rated star. Everton had scouts watching him during the recent 2-2 draw against Rangers on the road.

The Toffees view him as a replacement for Richarlison due to similar playing qualities.

United and Everton have both made a dismal start to the campaign. The Red Devils are currently bottom of the league table with zero points after two games played.

However, the Toffees have not fared better either. They have picked up just one point from three matches, and could be set for another potential relegation battle.

Gakpo would provide much-needed creativity for the Merseyside outfit, but United are undoubtedly the lucrative option with the chance to play with some world-class players.

The Red Devils may have made a horrendous start to the season, and they are still one of the world’s most renowned clubs and recently lured Casemiro from Real Madrid.

The 23-year-old may get more minutes at Everton, but the pressure will be on him to perform. On the other hand, Erik ten Hag could ease him into the proceedings at United.

It remains to be seen what Gakpo decides. If PSV were to qualify for the Champions League, he has a big decision to make whether to swap them for Europa League football at United.