Ethan Laird wants to “establish” himself at Manchester United 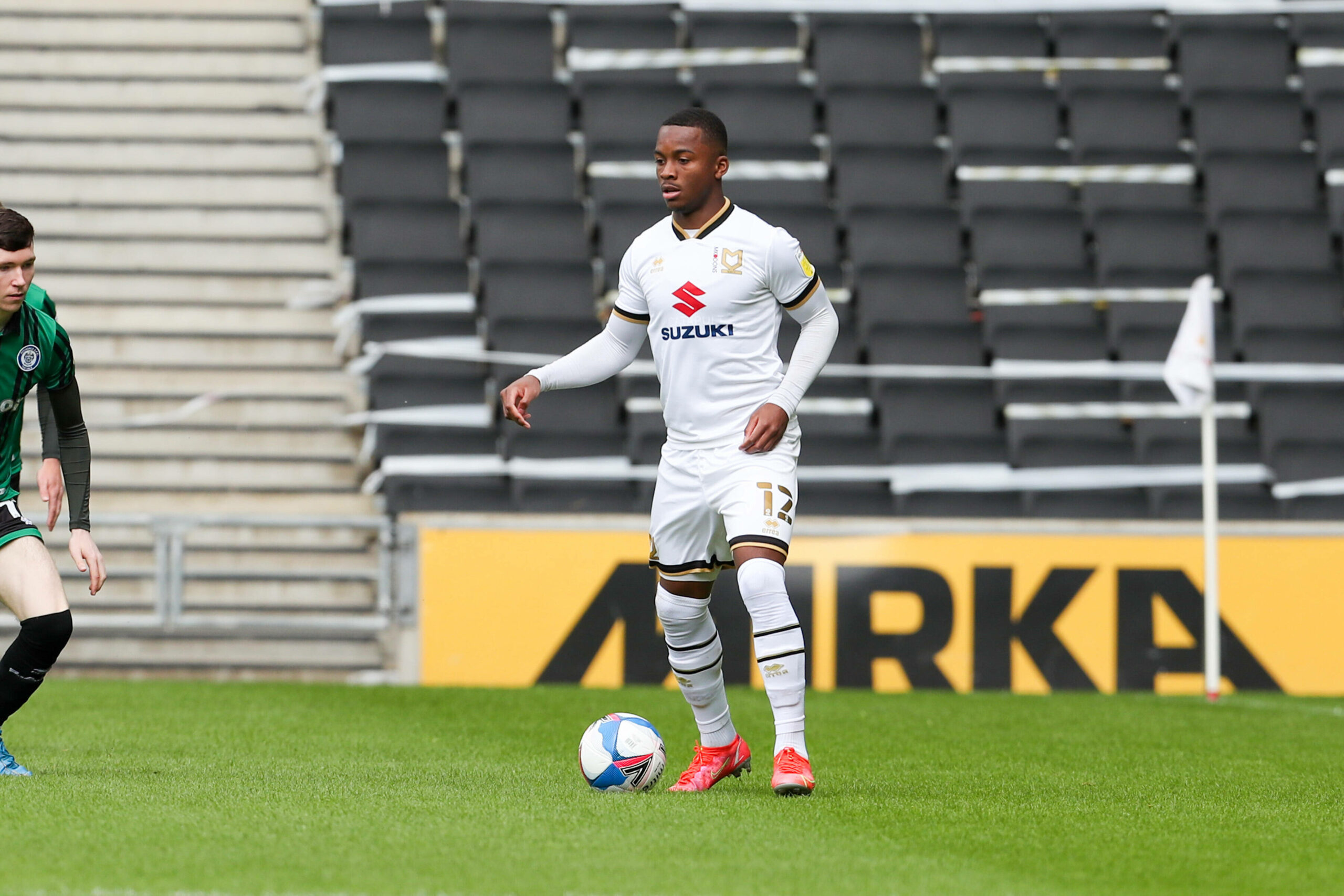 Ethan Laird says that his long term aim is to succeed at Manchester United but he is ready to talk about his future this summer.

The 19-year old full-back had an impressive loan spell with the MK Dons, making 25 appearances for the club.

He showed plenty of promise for the League 1 outfit and is eager to continue his development next season.

Speaking to the club on his future, Ethan Laird said: “Yeah, of course. I mean, that’s the club I’m at and that’s where I want to be.

“Who knows, I can’t really give you a set answer on my future just yet, but I know that my long-term aim is to establish myself with United.

“Let’s just see what happens in the summer.”

Ole Gunnar Solskjaer is searching for right-backs who can provide cover for Aaron Wan-Bissaka.

He played almost every game this past season due to the absence of a robust back-up.

Brandon Williams and Diogo Dalotare Solksjaer’s other options, but neither player appears to have convinced the manager.

A successful stint at MK Dons puts Laird in contention to play second fiddle to Wan-Bissaka.

However, the jump from League One to the Premier League is massive for the teenager.

The manager may allow him to leave United for another loan move to a club where he can get regular game time.