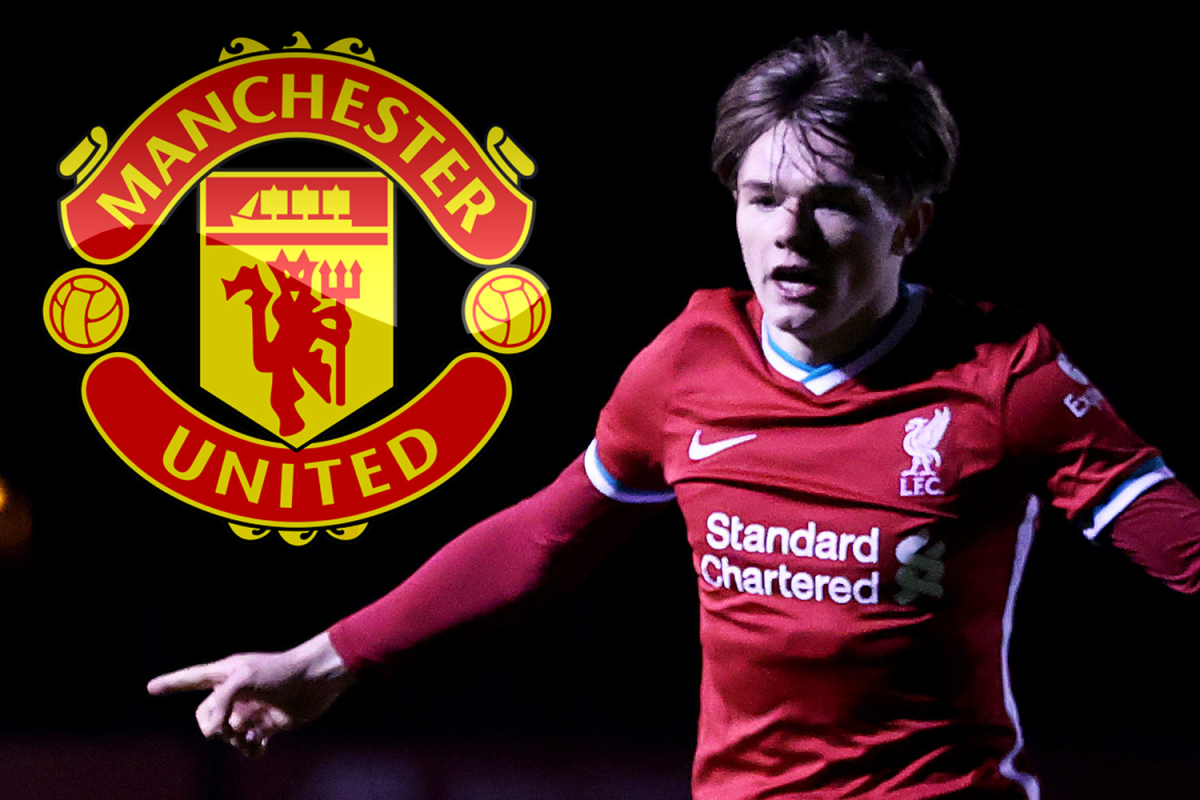 Ethan Ennis has confirmed that he has left Liverpool and will join Manchester United this summer.

According to the Liverpool Echo, Ennis rejected the opportunity to renew his contract with the Reds.

He took to Instagram to confirm his signing with United, posting a picture of himself at the Theatre of Dreams.

Ennis, who plays as an attacking midfielder, has been considering his options this summer.

The 16-year-old recently posted an Instagram story from Chelsea’s training ground, which suggested he may join the Blues.

However, he has opted to sign for United and is the first official signing for the club’s academy this summer.

Ennis is a highly talented player who proved his talent at youth level for Liverpool last season.

He smashed five goals in eight appearances, which included a hat-trick in the FA Youth Cup.

The Merseyside club were keen to hand him a new deal but have been left disappointed.

Their loss is undoubtedly United’s gain.

Read Next: Manchester United stars are trying to persuade Paul Pogba to pen a new deal.