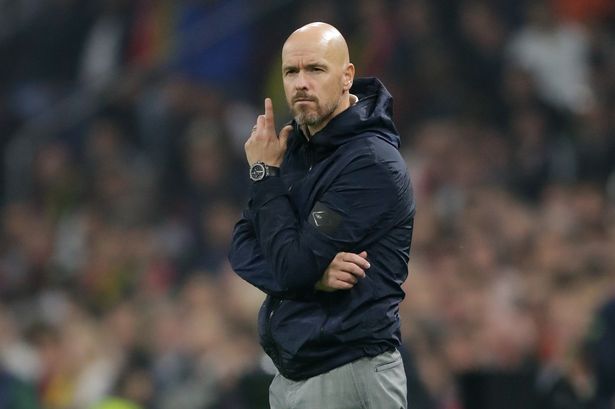 Ajax manager Erik ten Hag would be very keen to speak to Manchester United if a formal approach is made, Sky Sports reports.

The Red Devils are currently under the guidance of interim boss Ralf Rangnick, but he is due to step down from his position at the end of the campaign.

The search is already underway for the next manager, and reports claim that Paris Saint-Germain’s Mauricio Pochettino and ten Hag are the front-runners.

Pochettino has been regularly linked in recent weeks, but it appears ten Hag is also being considered by United, having sounded out interest through intermediaries.

The 52-year-old is aware of the interest from the Red Devils, and would be ‘very keen’ to consider the vacancy if there is an official bid on the table to the Dutch champions.

United have a good association with club legend Edwin van der Sar, who is currently the chief executive at Ajax. This could boost their chances of pursuing ten Hag.

United started off brilliantly under Rangnick in December, and there were suggestions that the German tactician could be appointed on a permanent basis.

However, that appears no longer the case with the club’s poor Premier League form. They have picked up just nine points from the previous six games.

Rangnick will still have a significant role to play as an advisor. Ten Hag would be an ideal option to succeed him. The Dutchman adopts a similar high-pressing style of football.

Pochettino is undoubtedly a more high-profile option, considering his vast Premier League experience, but the Argentine has been quite disappointing at Paris Saint-Germain.

He has seen Les Parisiens bow out of the French Cup and Champions League this year. Some United fans appear averse to the idea of him becoming the next manager.

By contrast, ten Hag has vastly built his reputation with Ajax. The Dutch club have not only impressed in their domestic league, but have also shone at the European stage.

The 52-year-old is good in grooming young players while working with experienced stars alongside.

This could be the way forward for United with a mini-squad overhaul this summer.