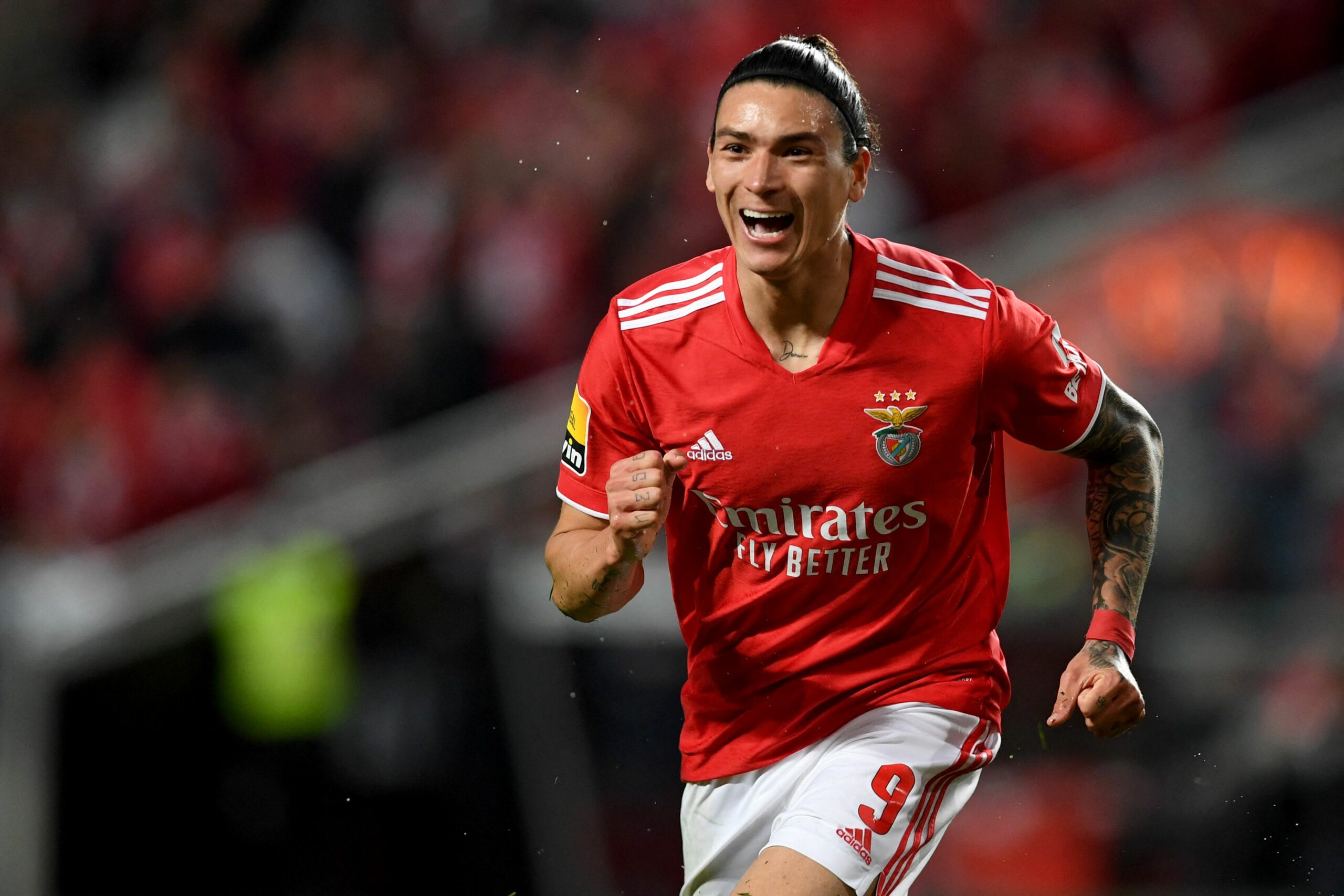 The Red Devils are planning to sign at least one striker this summer and it has been suggested that Ten Hag would prefer someone, who is more versatile.

Nunez perfectly fits that requirement and Record reports that United, Atletico Madrid and Paris Saint-Germain are the well positioned clubs to sign him.

Benfica are apparently eyeing an early summer sale as they plan to reinforce their squad from the funds gained. They are set to hold out for €100 million.

Nunez has had an exceptional 2021/22 campaign for Benfica, bagging 34 goals and four assists from just 41 appearances across all competitions.

The Uruguayan currently does not play in one of Europe’s top-five leagues, but has shown that he is up for the big challenge with Champions League goals against Barcelona, Bayern Munich and Liverpool.

Aside from his goal contributions, he has caught the eye with his dribbling and counter-attacking pace. With such attributes, he has also excelled playing from the left wing for the Portuguese giants.

Nunez would be an excellent acquisition for United. He is just 22, and could evolve into a key player for the best part of a decade. The big question remains whether United can convince him to join.

Atletico and Paris Saint-Germain are also in the mix for Nunez with the imminent departures of Luis Suarez and Kylian Mbappe. Both clubs can offer Champions League football next term which United can’t.

However, United are unlikely to give up on him for just that reason. They were able to lure Paul Pogba on a club-record deal from Juventus six years ago without qualifying for the European competition.

Nevertheless, United can ill-afford to haggle over the price tag as Atletico and Paris Saint-Germain will also have the funds for a marquee striker. United need to act early to persuade Nunez to join them.