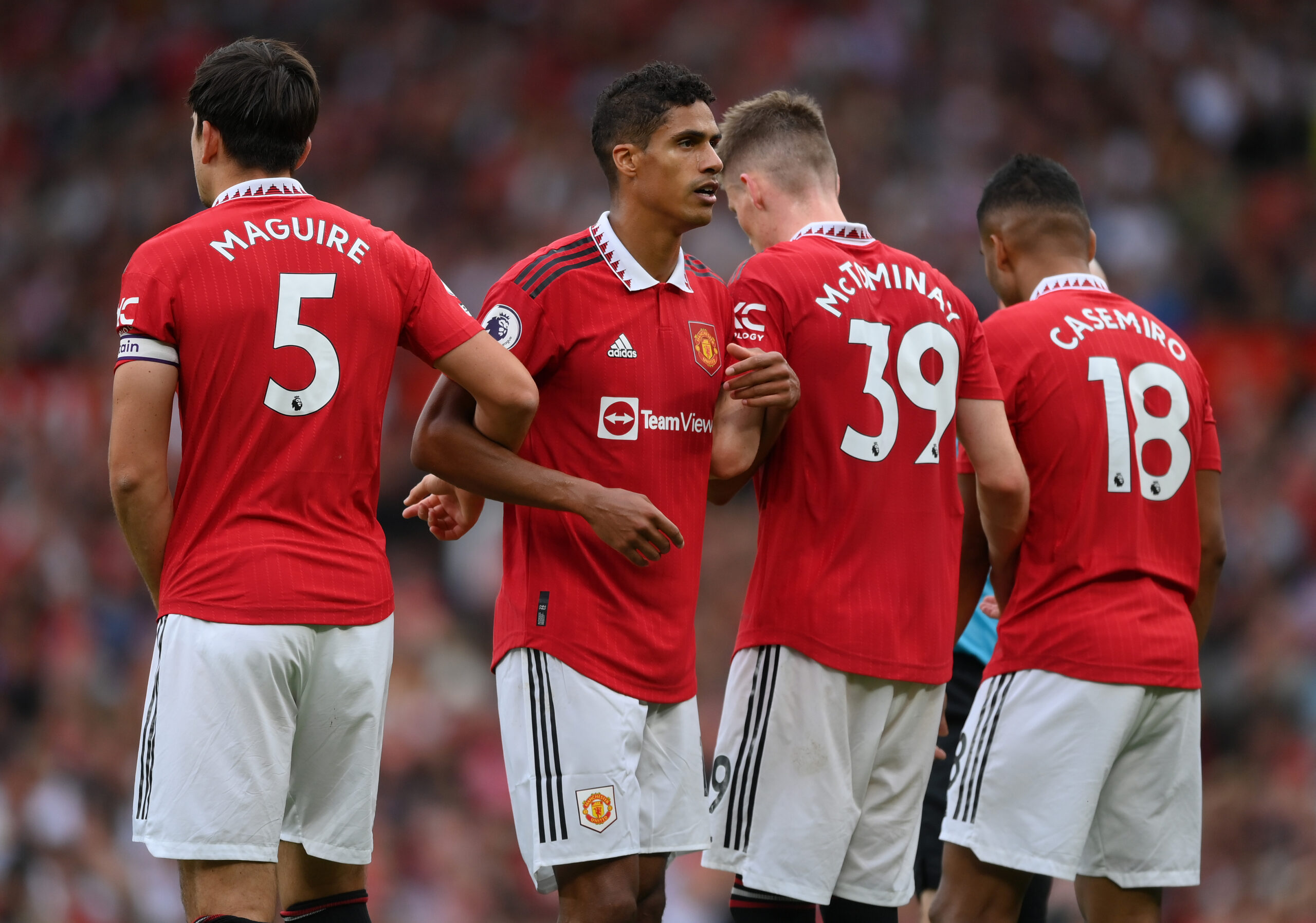 The Red Devils saw their four-match winning league streak end against the Cityzens earlier today. They were completed outclassed by their Manchester rivals.

While the result was hugely disappointing, the club also suffered a setback with Varane being forced off with an injury before the half-time interval of the derby.

Speaking after the game, Ten Hag said that Varane would have been substituted early even if the scoreline was much closer in the opening half (3-0 down at the time).

The Dutch tactician went on to acknowledge that the injury was obviously big enough to ensure that the Frenchman could not carry on playing for the remainder of the game.

He told Manutd.com: “I don’t think so, that he would have carried on [if the score would have been closer]. But you get him off because when you are 4-0 down, you don’t want to take a risk to get a bigger injury. But I think it’s that big, the injury, that he couldn’t carry on.”

Varane’s absence would be a big blow for Man Utd

Varane has been a huge presence for United in central defence this term. He and Lisandro Martinez were in splendid form at the back before the international break arrived.

It was anticipated that they would carry on the recent form, but City were simply too good. On top of this, Varane has now picked up an apparent ankle injury which is bad news.

The Frenchman has had an injury record throughout his playing career but United will be hoping that the setback is not serious as they need plenty of depth for the hectic schedule.

They are already missing Harry Maguire with a muscle problem and this leaves them with just Martinez and Victor Lindelof as the regular central defensive choices under Ten Hag.

Hopefully, Maguire and Varane return as soon as possible. Else, the manager may need to explore other options such as Teden Mengi, who is out of contention for a first-team berth.