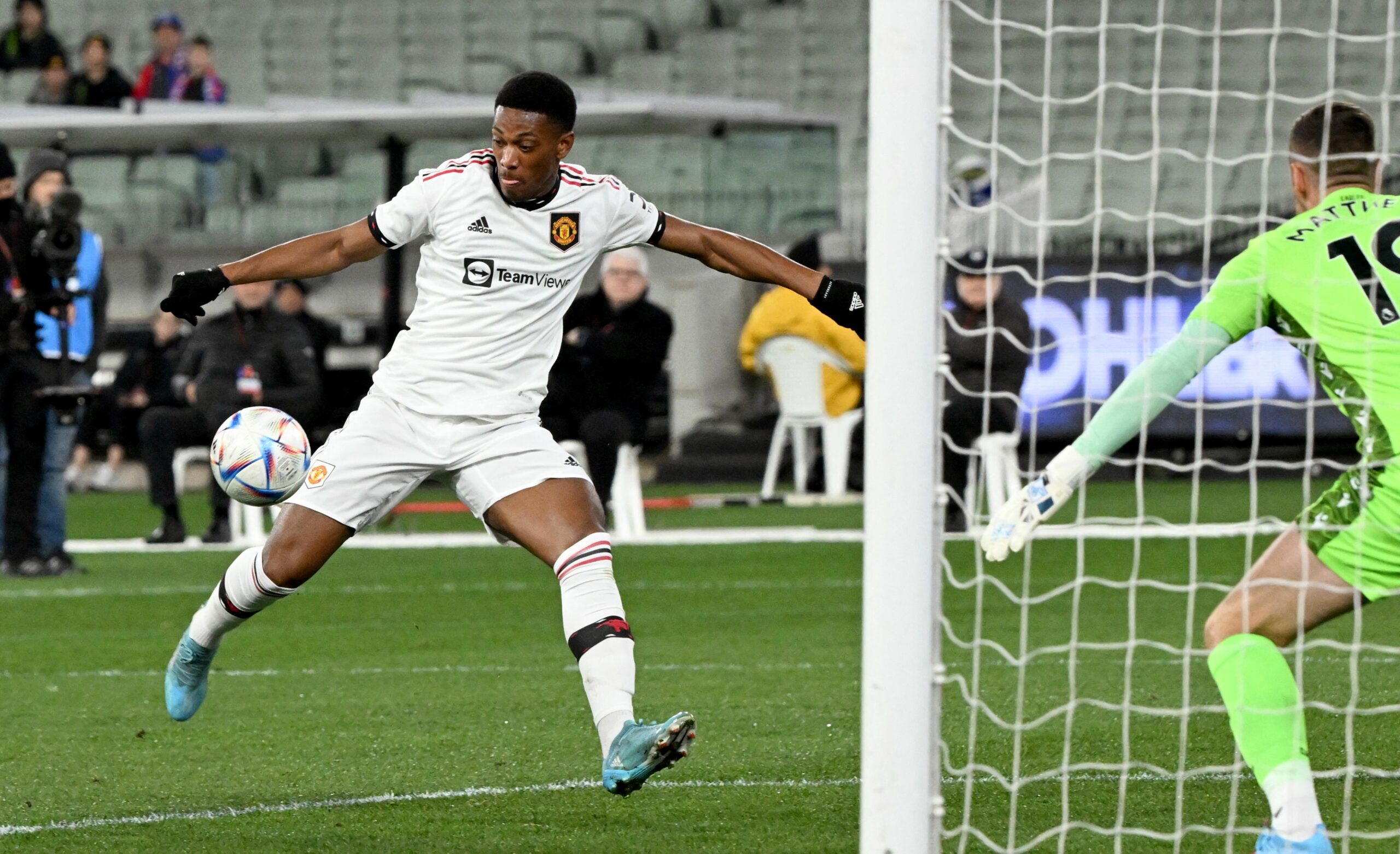 Manchester United manager Erik ten Hag has confirmed that Anthony Martial is back in individual training ahead of the club’s Europa League clash against Sheriff Tiraspol.

The Frenchman has had an injury-plagued campaign with the Red Devils but he has still been hugely successful with three goals and two assists from just four appearances.

Martial is currently nursing a hip injury sustained against Everton last month and when asked for an update, Ten Hag said that he is improving, having returned to training.

The Dutch tactician added that the 26-year-old has yet to work with the main group at Carrington and was hopeful that the Frenchman can return as quickly as possible.

He told exclusively to MUTV: “He’s improving. He’s back on the [training] pitch, not in the group so we have to wait for that step. But hopefully he’s quickly back.”

Martial should not be rushed back to action

Martial’s career at United was on a downward spiral last season after falling out-of-favour under different managers. He was loaned out to Sevilla in January this year.

His temporary spell in Spain was also unsuccessful but the Frenchman has transformed himself under Ten Hag after a superb showing throughout pre-season.

Unfortunately, he has not been able to stay fit. He picked up a hamstring injury in the penultimate pre-season game. On his return, he suffered an Achilles injury.

Martial looked good after his comeback for the Red Devils last month but his bad luck continued as he picked up a hip problem against the Toffees on the road.

It was initially considered as a minor issue but that has not been the case. United must now deal with Martial’s fitness with caution and not rush him back.

Ten Hag was wary of starting him after his second injury. We won’t be surprised if the Frenchman does not make another start before the World Cup break.