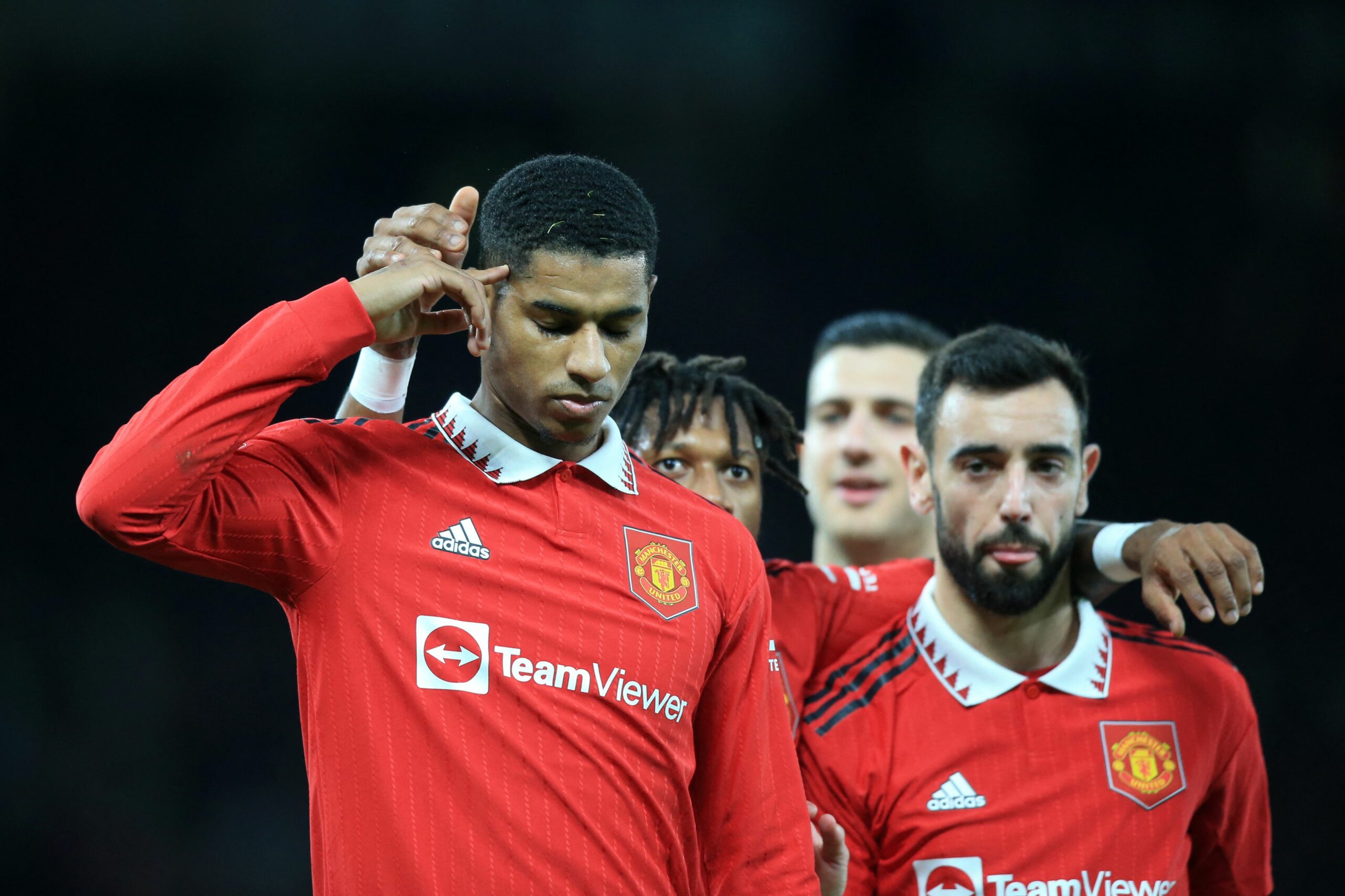 United were the better side in the first half of the Manchester derby but Rashford failed to capitalise on two scoring chances. City eventually took the lead through Jack Grealish, but United responded brilliantly in the end.

Bruno Fernandes bagged the equaliser in the 78th minute of the derby. The Cityzens defence got unsettled with Rashford being in an offside position, but the assistant referee judged that he was not interfering with play.

At 1-1, the momentum was clearly on United’s side. Rashford turned up with the winner four minutes later from a lovely Alejandro Garnacho assist. The 25-year-old star has now scored for nine straight games at home.

This has equalled the club’s 64-year record. Dennis Viollet scored in nine successive home matches back in 1959. Rashford will have the opportunity to create his own history in United’s next home league against Reading.

Speaking after the stunning derby win, Ten Hag was delighted for Rashford and said that he is unstoppable on his day. He added that the team got rewarded as he carried on playing with a minor knock.

He said: “I don’t think I said he had to learn to deal with it, but he has; he knows how to deal.”

“He knows that in top football you have to suffer, sacrifice, and have painful moments. Especially a player like he is, he’s unstoppable, opponents will go tough against him to stop him.”

“But you have to deal with it, and I think he’s capable of it. He keeps investing, he keeps going, he keeps focusing for his chances and in the end he got a reward and the team got his reward.”

Rashford has been in the form of his life this term. He has scored in seven straight games after the World Cup and has put the club in a strong position to qualify for the Champions League.

The £49 million-rated star has been a catalyst behind the tremendous resurgence in recent months and Ten Hag will be hoping that he can keep the run going for the rest of the season.

If that happens, United could have a genuine chance of winning the Premier League title which seemed a distant dream after back-to-back losses at the beginning of the top-flight campaign.