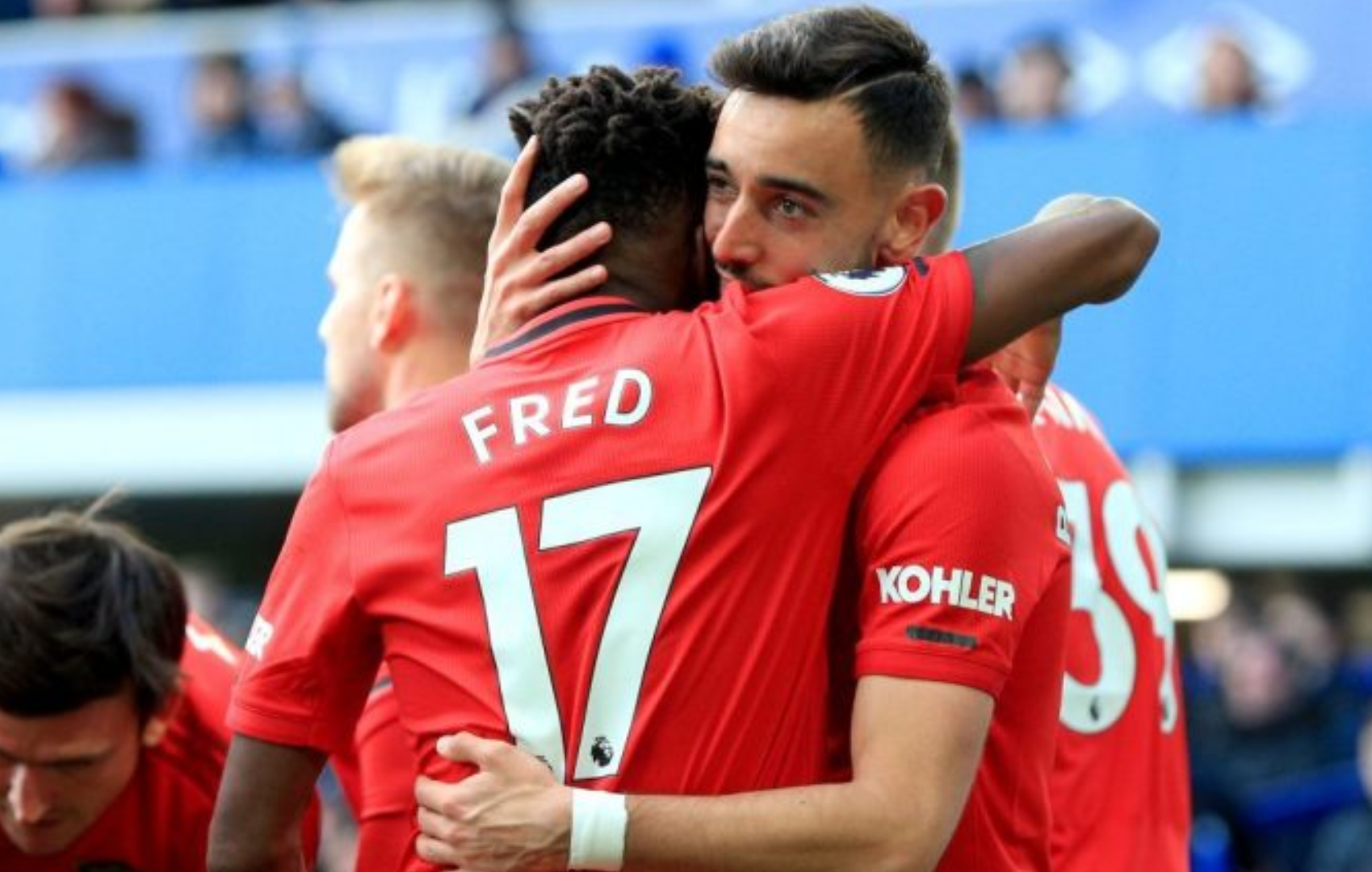 Fernandes has been bearing the added responsibility of being the stand-in captain for most of the season after Harry Maguire was benched.

Although he has not scored or assisted in many games, the Portuguese has been instrumental as an attacking midfielder.

Meanwhile, Fred, who has seen somewhat of a resurgence under Ten Hag, has delivered some important performances. He recently scored the third goal for the Red Devils against Nottingham Forest in the Premier League.

Speaking to the club’s in-house media (manutd.com) ahead of the FA Cup clash against Everton, Ten Hag stressed the importance of both players.

When asked how Fernandes has been playing despite not contributing goals or assists, the Dutchman stated that the Portuguese star is an ‘example’ to the whole squad.

“That’s also the reason why he often wears the [arm]band,” he said. “That’s exemplified by his energy. He’s so good in transition, both ways, and that’s one of the key elements in today’s football.

The Portuguese international has been pivotal to United’s performances this season while playing as an attacking midfielder and also as a right winger.

He has scored two goals and assisted three in the league. United’s number eight has been key in transitional plays in moving the ball from defence to attack with swift passing and line-breaking through balls.

Marcus Rashford and Anthony Martial have benefited greatly from Fernandes’ change in approach under Ten Hag.

Ten Hag also heaped praise on Brazilian midfielder Fred. He has not started every game, but he has taken his opportunities with both hands whenever given the chance.

Out of the many games where Fred has been a replacement for Christian Eriksen or Scott McTominay, the Nottingham Forest match was key.

“We emphasise a lot of times that we’ve often had players who score goals when they come on from the bench like Fred did last week,” Ten Hag added.

“Every time when he’s coming on, he’s ready. He’s front foot, and he brings the right quality to the game. That is great to have that as a team and as a manager.

“Of course, Fred wants to play every game. That’s not always possible, and everyone has to battle for his position, but there’s good competition in the squad to play and to get into the starting XI.

“But once again, we need those players coming from the bench and giving impact to the game. Definitely, Fred is the one – there are others as well, but Fred is the example.”

Fred has had a good season with the Red Devils. Despite only starting in four league games, he has scored two goals. The midfielder has been key with his energy and determination to win back possession.

Following the FA Cup tie, United face Charlton Athletic in the Carabao Cup quarter-final. This will be followed by two crucial league games against Manchester City and Arsenal.

The fixture list almost guarantees that Fernandes and Fred will play key roles over the coming weeks.