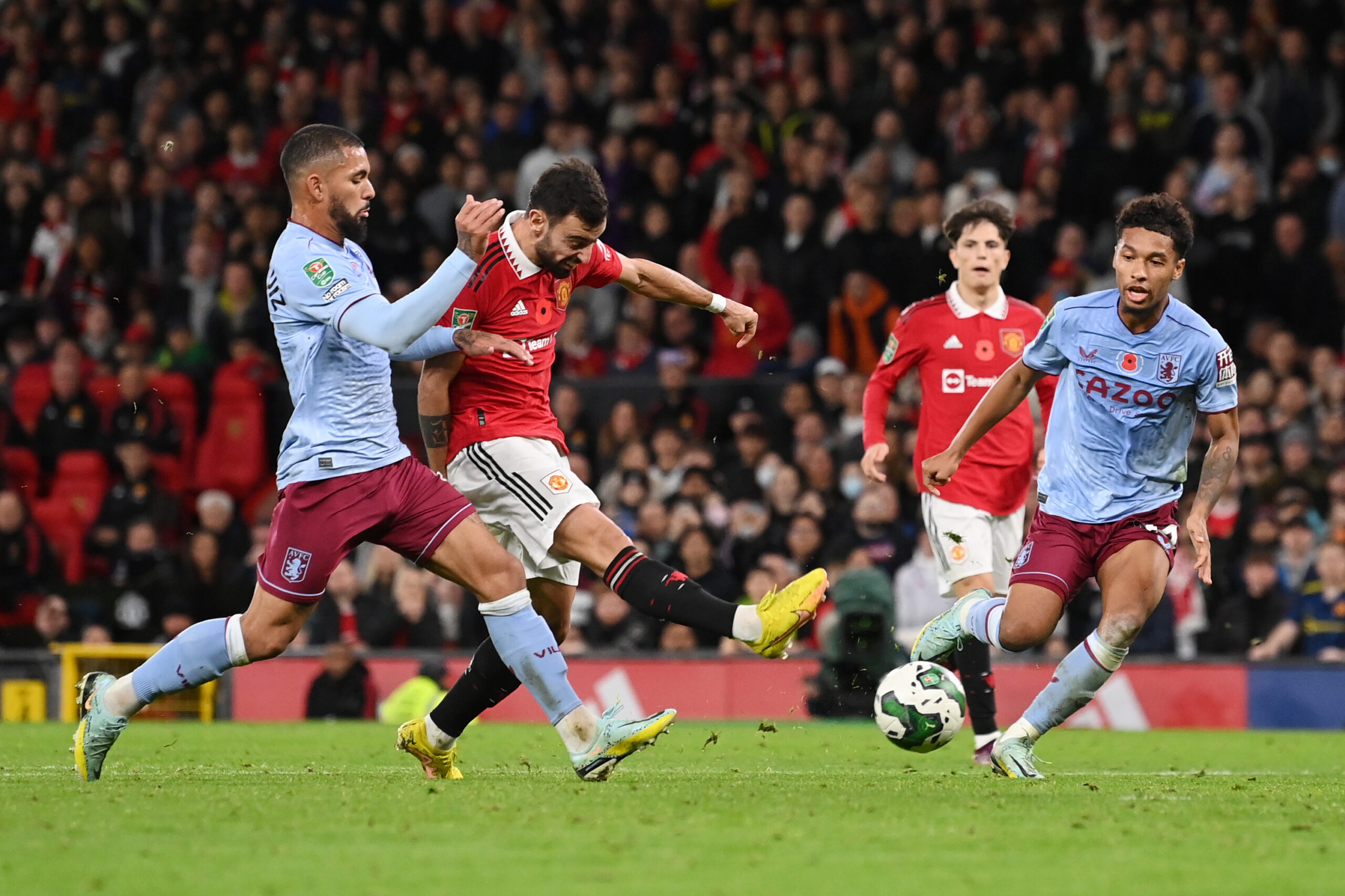 Manchester United progressed to the fourth round of the Carabao Cup courtesy of a 4-2 win over Aston Villa on Thursday.

The game was boring for the first 45 minutes, with neither team displaying attacking zeal to break the deadlock. However, the action-packed second half saw all six goals.

Erik ten Hag slammed his side’s sloppy performance before the break but was proud of their reaction after falling behind twice.

He said (via Sky Sports): “We controlled the game in the first half by good pressing, won a lot of possession but then did the wrong things.

“Bad in transition, missing the pass, one step too late passing in behind, so we missed a lot of opportunities.

“They [Villa] play with a high line, so you have to pass the ball behind. We were quite successful in the second half. The problem in the first half was that we had too many touches and missed the moment.

“[I am] happy with that resilience. That’s what we need and have to show every game.”

It was a game of two halves. United failed to get in behind Villa’s defence and, when they did, the ball was played too late, forcing the linesman to raise the flag for offside.

This changed in the second half, more so after the introduction of Christian Eriksen and Alejandro Garnacho.

The duo moved the ball much quicker than their teammates did before the break.

Garnacho came on at the hour mark and caused havoc down the left flank. His direct runs with breakneck pace were too hot to handle for Villa’s defence.

He ended the night with a couple of assists, with the latter proving to be a magical cross for Scott McTominay who scored United’s final goal.