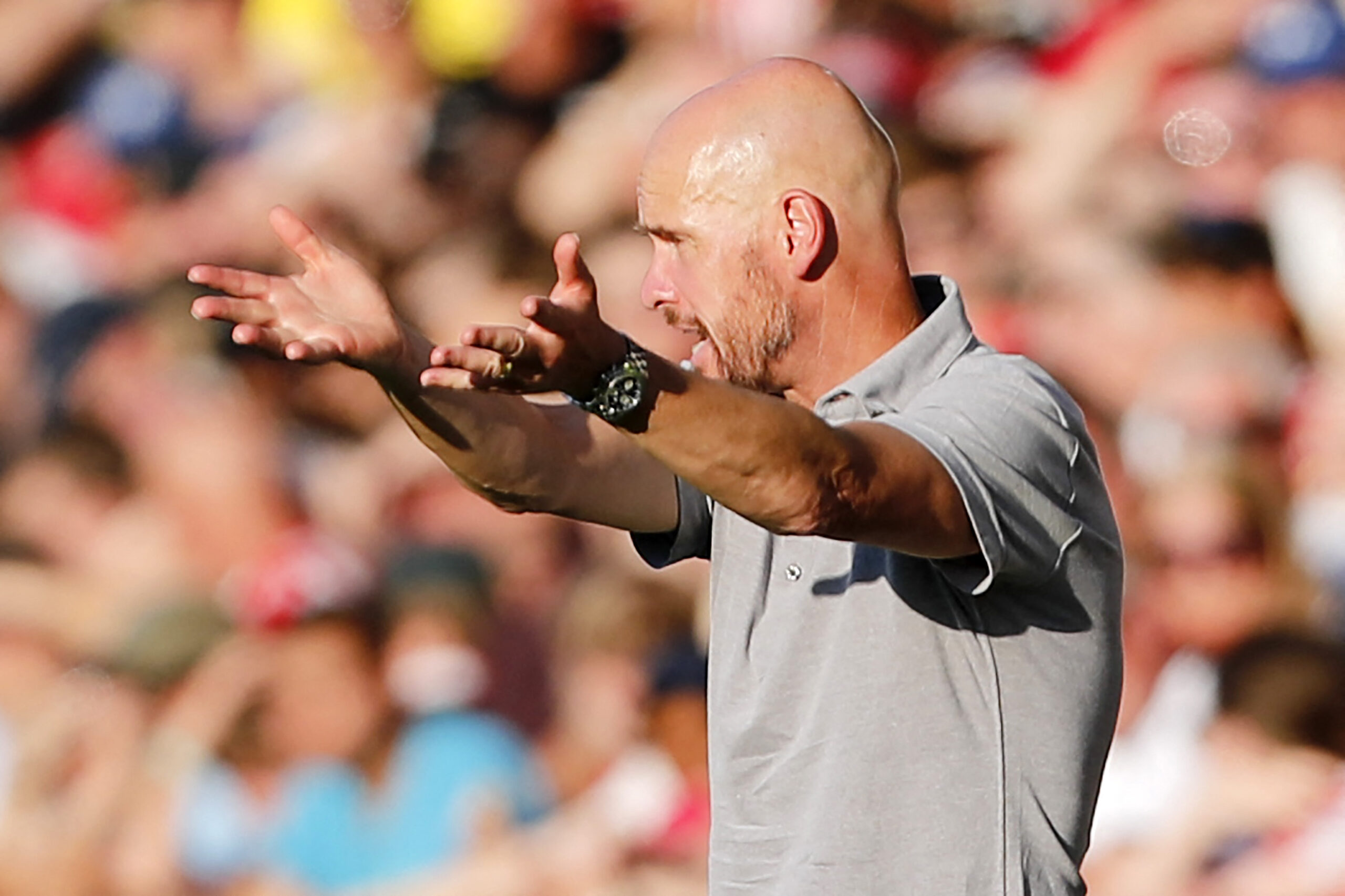 The Red Devils suffered a horrific 4-0 defeat against Brentford, staying at the bottom of the league table after two games.

The Bees followed a similar strategy to what Brighton & Hove Albion did last weekend to get three points at Old Trafford.

United players succumbed whenever Brentford tried to press them high up on the pitch.

David de Gea was at fault for the first two goals.

Josh Dasilva hit a shot from outside the box which slipped through De Gea’s hands straight into the bottom corner.

Just seven minutes after this howler, he passed the ball to Christian Eriksen who was marked by Mathias Jensen.

The Brentford midfielder stole the ball and slotted it past the keeper to double his side’s advantage.

Erik ten Hag was visibly upset at the end of the game as Man United hit a new low.

In the post-match interview, he accepted that the downfall was caused by their own mistakes.

He said: “I think we all have seen the game and I think Brentford was more hungry, one, and two we concede goals in individual mistakes.

“You can have a good plan but we had to put the plan into the bin.

“I think it had nothing to do with tactical and that the first two goals, it’s about dealing with the ball, that’s one, and decisions.

“I think they follow my instructions but they make bad decisions and that’s football, it’s a game of mistakes and you get punished.”

When asked about the second goal, Ten Hag responded: “He (Eriksen) didn’t have to receive the ball there, because we give options and the players have to choose but we said play long, invite them and play along.

“I don’t want to play from the back when it’s not possible. It was naive how we played today, you have to play more direct.”

“We attracted them, the space was high up the pitch, you have to do that option but that is what we didn’t do.

“We will learn, we will have to learn, it’s not good enough, clear, it’s not the level and the standard how we want to act.

“We have to question (why Brighton and Brentford were hungrier) that and we will do in the coming hours.

“We have to do it but it’s clear, analyse, it’s not possible the opponent is more hungry than you are. I saw in the second half a comeback but you have to start well and it’s not good.”

Both Manager and Players at Fault

The manager as well as the players, all made some serious mistakes today.

Six days back, Eriksen started in a false nine role and today he was operating as a defensive midfielder.

Harry Maguire and Luke Shaw were at fault against Brighton but both of them made the first team.

Raphael Varane, one of the best centre-backs in the world, didn’t start for the second match running.

The signs for United are ominous and things are going to get tougher from here.

Their next game is against Liverpool at Old Trafford.

It is frightening to think how many goals the Merseyside club will score, considering the humiliation of the Brighton and Brentford games.