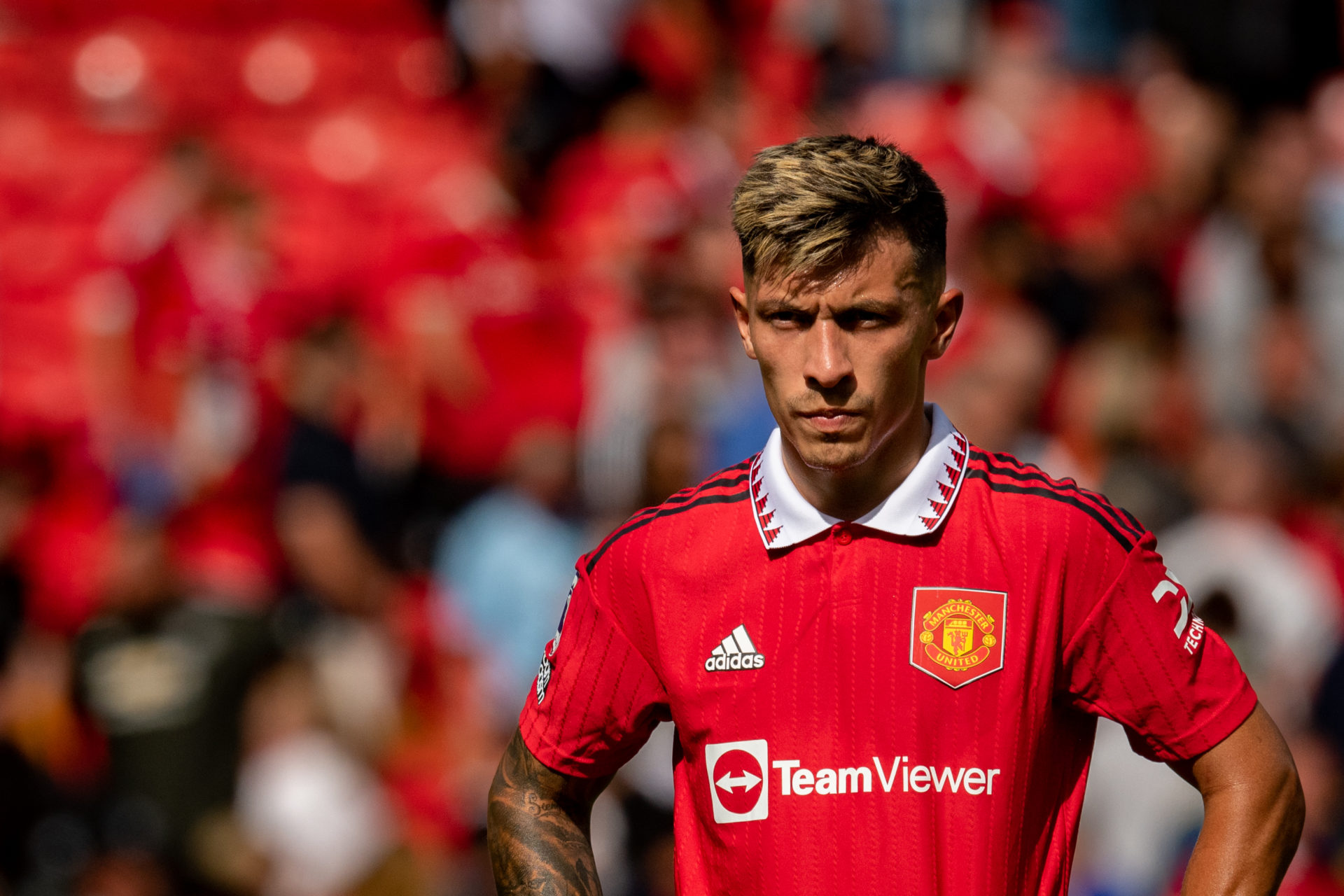 Manchester United manager Erik ten Hag has insisted that Lisandro Martinez has performed admirably at the back.

The 24-year-old defender was signed by Ten Hag to improve the club’s poor record at the back.

Ten Hag was keen to reunite with Martinez after working with him at Ajax. He was signed for €57.6 million and thrown straight into the first team.

However, the Argentine’s height immediately became a talking point in the highly competitive Premier League.

At 5ft 9in, pundits such as Jamie Carragher believed that the defender will find it difficult to handle the physicality of the league.

The first two games highlighted Martinez’s weaknesses but he produced a man-of-the-match performance against Liverpool.

Speaking in an interview with Sky Sports before the game, Ten Hag was asked about the former Ajax centre-back’s defensive shortcomings. The manager replied confidently:

“The data shows he is dominating the ground duels and also the aerial duels. I worked with him for a long time and I had that prejudice that you have, I had the same. But really quickly he turned it round because he was facing the biggest strikers in Holland and in Europe, in the Champions League. It was never a problem for him.”

The manager’s comments signify that he has faith in his centre-back’s defensive abilities. Any player needs the belief of his boss and those words will give him some much-needed confidence.

United need to find the right combination at the back

Ten Hag started Varane alongside Martinez against Liverpool and this move paid off. The players moved the ball quickly and dominated the opposition attackers.

Must Read: Casemiro to wear the number 18 jersey at Manchester United

The absence of Maguire brought a significant change as the players started to build up faster from the back and the full-backs effectively shielded the wingers.

Given the performance against Liverpool, there are signs that the club has already found their perfect defensive combination this season.

However, it has been no secret that Varane has a poor injury record and the French defender needs to maintain his fitness to play every weekend.

It is highly unlikely for United to stick with the same backline and it will take time for the manager to learn about the perfect combination.

However, Ten Hag will be happy with Martinez’s brave performance against the Reds and will work to unlock his player’s full potential.