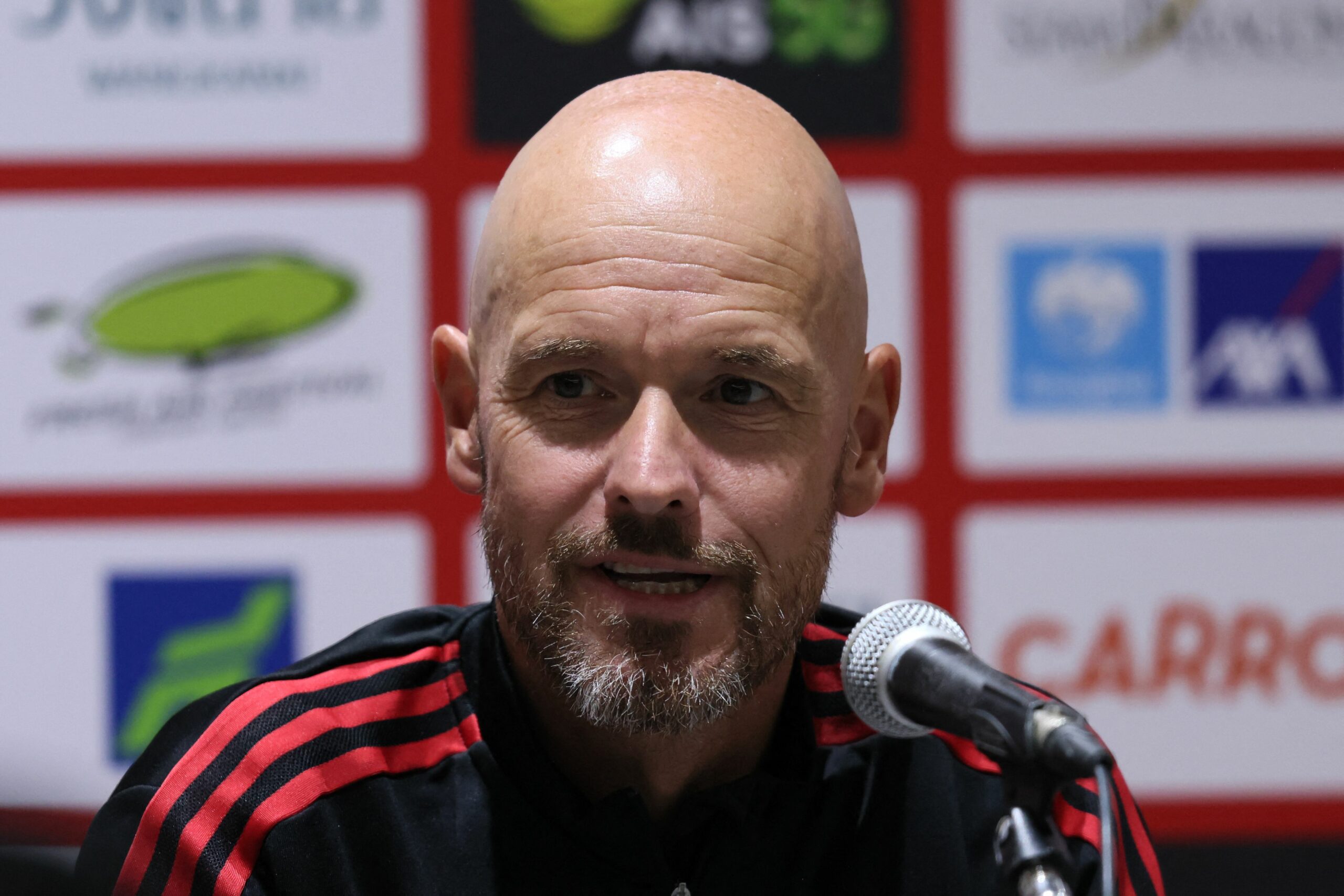 Ahead of his first game in the Manchester United dugout, Erik ten Hag held his debut pre-match press conference earlier this morning.

United face off against Liverpool in a friendly at the Rajamangala National Stadium as the Red Devils begin their pre-season tour in Thailand.

Speaking ahead of the game tomorrow, ten Hag is relishing the challenge of going up against Jurgen Klopp’s men given the rivalry between the two clubs.

“Man United vs Liverpool is a big game, and it’s a really good test for us.

“The standard of Manchester United is to win every game.

“We are happy to play this game here in Bangkok for the many fans.

Unsurprisingly, ten Hag was then quizzed about the uncertainty surrounding Cristiano Ronaldo’s future, but the ex-Ajax manager remains optimistic about working with the Portuguese forward.

“So he [Ronaldo] is not with us, and that’s due to personal issues,” ten Hag added.

“We are planning with Ronaldo for this season – that’s it.

“I’m looking forward to working with him. He hasn’t told me this [that he wants to leave].

“I have read, but as I say, Cristiano is not for sale, he’s in our plans and we want to get success together.

“I spoke with him before this issue came up. I had a conversation with him and had a real good talk.”

On the issue of the armband, ten Hag stated that he will retain Harry Maguire as the United skipper despite a relatively underwhelming campaign for the defender last time out.

“Harry Maguire is the captain – he’s an established captain, he’s achieved a lot of success, so I don’t doubt this issue,” he said.

Having recently completed his first signing in charge at Old Trafford, ten Hag explained why he opted to pursue a move for Tyrell Malacia, who was seemingly set to join Lyon.

“He [Malacia]has the profile of a modern full-back – defending good and tough to beat and in offence really good, that’s why,” said ten Hag.

The Dutch gaffer also commented on his transfer plans ahead of the start of the 2022/23 Premier League season next month.

“We want to have the right players – we have a really good squad, we’re working on developing our way of play and if the opportunity is there, we will strike,” he said.

When quizzed about Frenkie de Jong, ten Hag did confirm that United were in the market for a new midfielder, although he refused to give any additional comment on the Barcelona midfielder.

“I never talk about players who are not under contract at Man United, players at different clubs.

“I cannot tell you anything about this issue.”

Lastly, ten Hag revealed his admiration for the United faithful and is looking forward to receiving their support for the first time tomorrow.

“I knew that Man United has a fantastic fan base, but that’s only what I’ve heard and seen from far,” he said.

“We’re really looking forward to tomorrow’s game – we know they will all support us.”