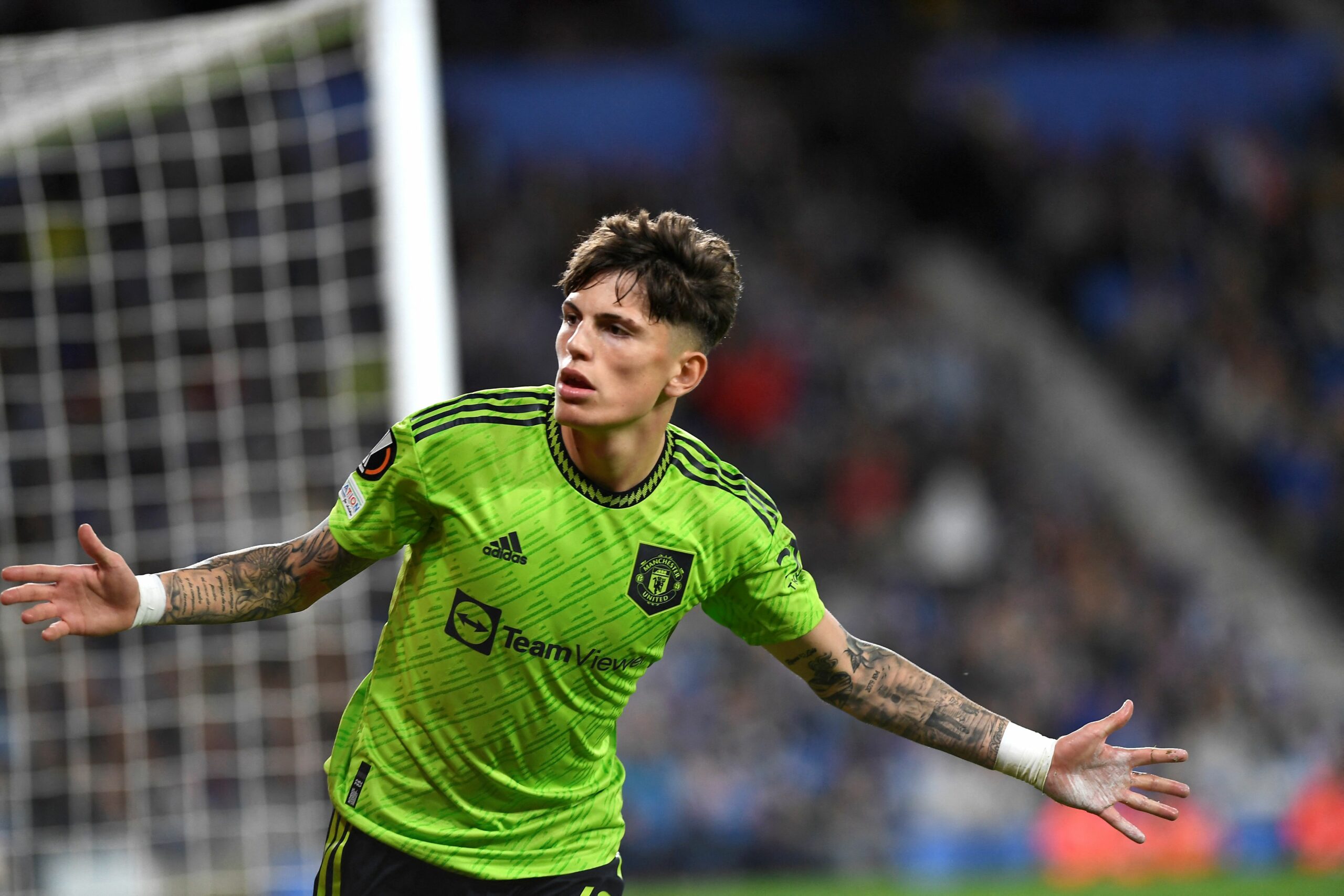 Manchester United manager Erik ten Hag was delighted for Alejandro Garnacho after he bagged the winning goal in the Europa League win over Real Sociedad.

The Red Devils needed to win by two clear goals to finish top of Group E last night but they were unable to do so against a resolute Sociedad outfit on the road.

However, they did manage to finish on the winning side with a 1-0 scoreline. Garnacho, who was making his second straight start in Europe, made the difference.

The Argentine was put through on goal by Cristiano Ronaldo and he showed terrific composure cutting inside before unleashing a powerful left-footed strike.

Ronaldo had another brilliant one-on-chance which he missed in the first half. It ended up proving costly as the Red Devils could not get the desired result in Spain.

Speaking after the game, Ten Hag looked at the positives and was pleased with the performance of Garnacho, who worked hard on both ends of the field.

He told Manutd.com: “Let’s look at the positives. We have an extra player with Garnacho. He did well and I hope he can keep going in this process.”

“He was reliable defending, he worked hard, he was a threat and he scored a goal so I am happy. If he can keep this process going, I’m really happy.”

Garnacho playing with the right attitude

Ten Hag recently said that Garnacho has been training with a better attitude and the same was mentioned by Bruno Fernandes in his post-match comments yesterday.

The 18-year-old’s potential was regularly talked about during the second half of last season and he may have got carried away ahead of the ongoing campaign.

He has now finally got his chance to impress. After a lively display against Sheriff Tiraspol, the youngster made a superb start yesterday with a wonderful debut goal.

United will be in Premier League action against Aston Villa on the road on Sunday and it remains to be seen whether Garnacho makes his full league debut.

If Antony and Jadon Sancho are not deemed fit enough, there is a strong possibility that Garnacho could get the nod in the starting XI against Unai Emery’s side.