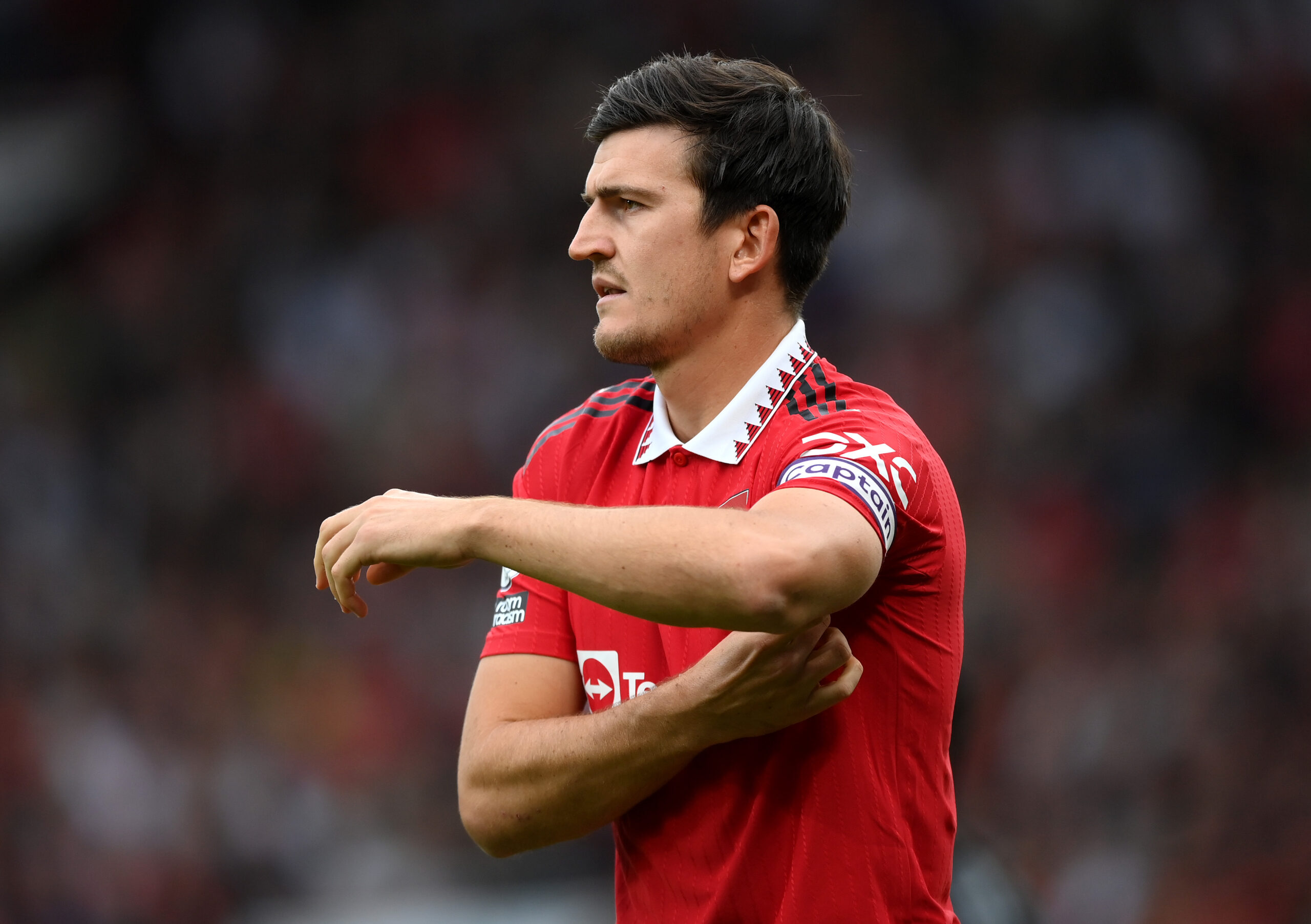 Manchester United manager Erik ten Hag has given his public backing to club-captain Harry Maguire ahead of the Manchester derby on Sunday.

The England international had a disappointing 2021/22 campaign with the Red Devils where he was culpable of making several positional errors.

The trend continued at the beginning of this season, and there were no surprises when Raphael Varane replaced him in the starting line-up last month.

Speaking ahead of the Manchester derby, Ten Hag said that Maguire has high potential and he is convinced that the centre-back can redeem himself.

He told Manutd.com: “I have to coach him and back him. I back him because I believe in him. I can see his qualities. Quality is there. Almost 50 caps for England, he has high potential.”

“Then it is about him. We all believe in him. That is what I told him. I am sure he can do it and he will turn this around, I am really convinced of that.”

Maguire has a big part to play for Man Utd

The 29-year-old is currently on the sidelines with a muscle injury sustained against Germany, but Ten Hag will be hoping that he can return as soon as possible.

Varane and Martinez have started together in five of the last six games for United, but there will be plenty of rotation in the lead up to the winter World Cup.

The Red Devils play a staggering 13 games in the space of six weeks. Both Maguire and Lindelof will have a big part to play as Ten Hag won’t stick with the same XI.

The Dutchman also needs to be wary of the injury record of Varane. The World Cup winner’s workload needs to be managed during the congested schedule.

United will be aiming for a fifth straight league win when they face the Cityzens. Ten Hag is bound to adopt a similar counter-attacking style from the Arsenal and Liverpool games.