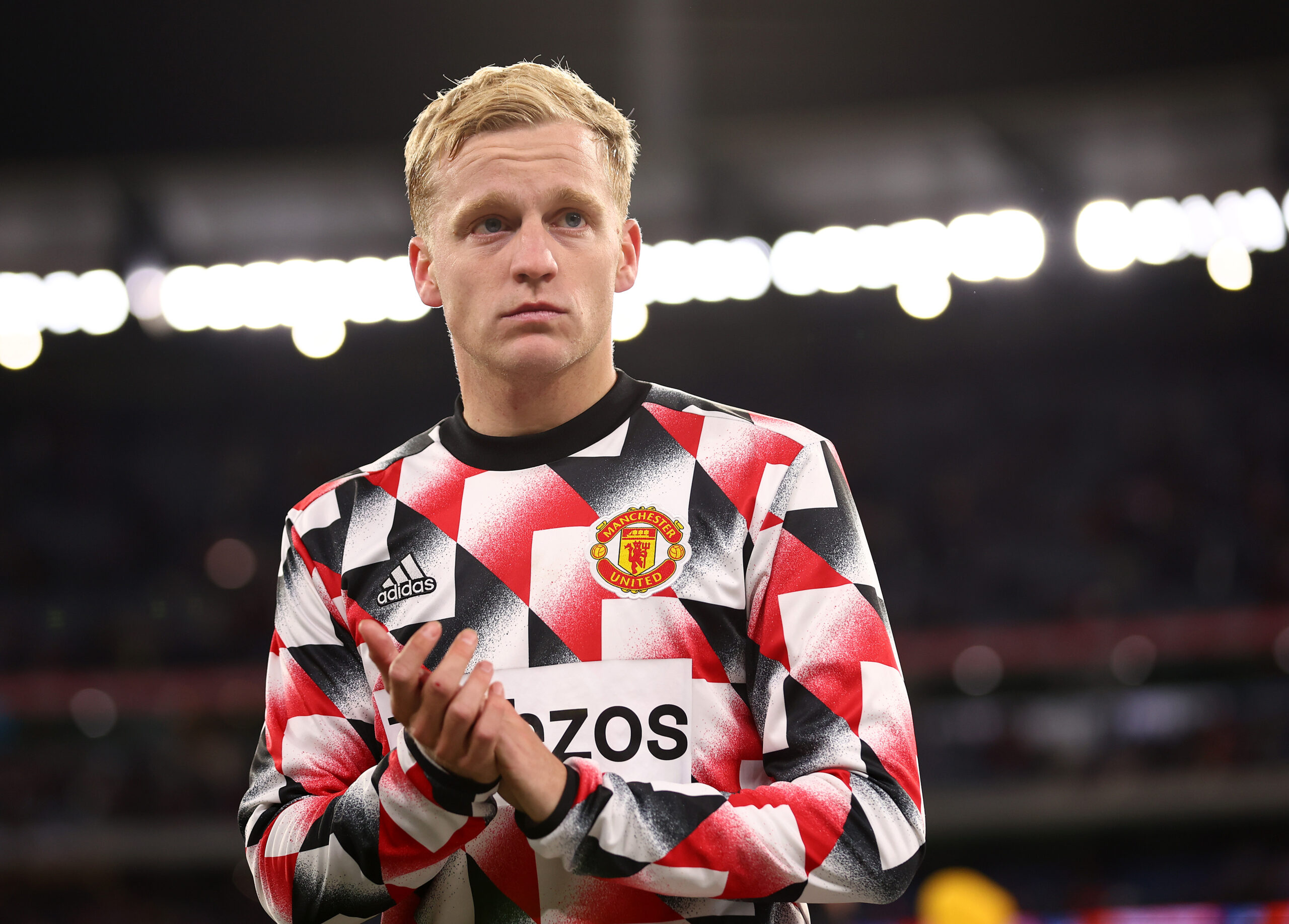 Manchester United manager Erik ten Hag has said that Donny van de Beek must prove his fitness in order to fight for his position at the club.

The Netherlands international was anticipated to play a big part for the Red Devils this season, having been reunited with his former Ajax head boss.

However, that has not been the case. The midfielder has managed just 19 minutes of action and he is currently on the sidelines with a muscle injury.

Speaking ahead of Sunday’s trip to Everton, Ten Hag said that Van de Beek’s chances will come but he must first ensure that he is available for selection.

He told Manutd.com: “He has to be fit. Obviously, that is a disadvantage.”

“He is now here for two-and-a-half years. He had pre-season, that was quite okay, then his chances will come.

“When he came on against Brighton, he came on as a sub and did very well, but you have to be available and, when you are not available, you cannot get a place in the first XI.

“Now he has to make sure he gets fit and fights for his position.”

When Van de Beek joined the club from Ajax in 2020, it was predicted that he would be a fantastic player, considering his regular goal contributions from the number eight role.

However, he has played in his shadow over the past couple of years. Of course, he has not been backed by multiple managers and it could have something to do with his training.

Van de Beek is now running out of time to save his United career. This is probably his final campaign to prove himself or else, he could be shown the exit door by Ten Hag.

There are suggestions that Leicester City could attempt to sign him on loan with an option to buy in January and it remains to be seen whether United are persuaded.

The 25-year-old had an injury-plagued loan stint at Everton at the beginning of this year. It won’t be a surprise if he decides to move on amid his lack of playing time.