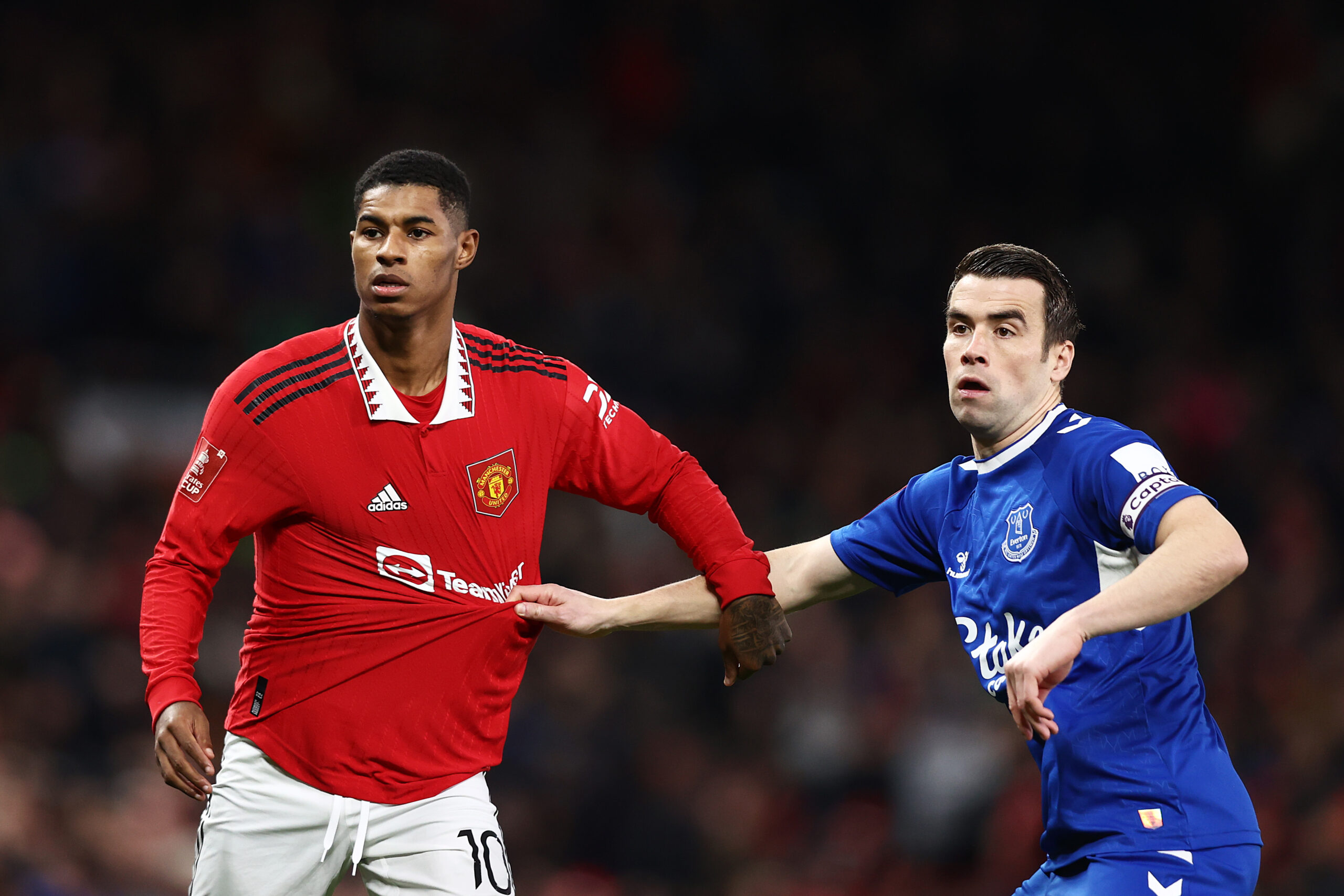 Manchester United manager Erik ten Hag has said that Marcus Rashford can score even more after finding the back of the net for the fifth straight game in all competitions.

The England international had a difficult 2021/22 campaign with just seven goal contributions, but he has been transformed under Ten Hag this season.

The 25-year-old already has 19 goal contributions and three of those came last night as the Red Devils secured a hard-fought 3-1 win over Everton in the FA Cup third round.

Rashford put the ball on the plate for Antony to tap home in the fourth minute but the lead did not last long as Conor Coady capitalised on David de Gea’s error to equalise.

United fought back shortly after the interval. Rashford’s cross across the six-yard box induced an own goal from Coady. The club graduate also converted a last-gasp penalty.

Speaking after the game, Ten Hag said that he is motivating Rashford and said that the left wing is his best position. He added that the forward can also be used as a tactical weapon and can score even more.

He told Manutd.com: “It is himself [the reason why he is flourishing this season]. He has the skills, I am supporting him, I am motivating him, that is clear. I think I put him on the right position on the pitch, but to be fair he can play across the whole front line and in some cases behind.”

Rashford is currently in the form of his life and United are benefiting from his displays. He recently scored the only goal in the 1-0 Premier League win at Wolverhampton Wanderers.

He was also the difference maker last night with two key assists before converting a last-second penalty won by Alejandro Garnacho. The England star is enjoying his football under Ten Hag.

The club should now prioritise a new long-term deal for their graduate. Rashford’s current contract expires in June 2024 and the club must act soon to commit him to a fresh deal.

Both Real Madrid and Paris Saint-Germain are keeping tabs on him at the moment and the former could emerge as genuine contenders to sign him, suppose there is a contract stand-off.

Rashford is currently on £200,000-a-week and United may have to double his wages to prolong his stay.