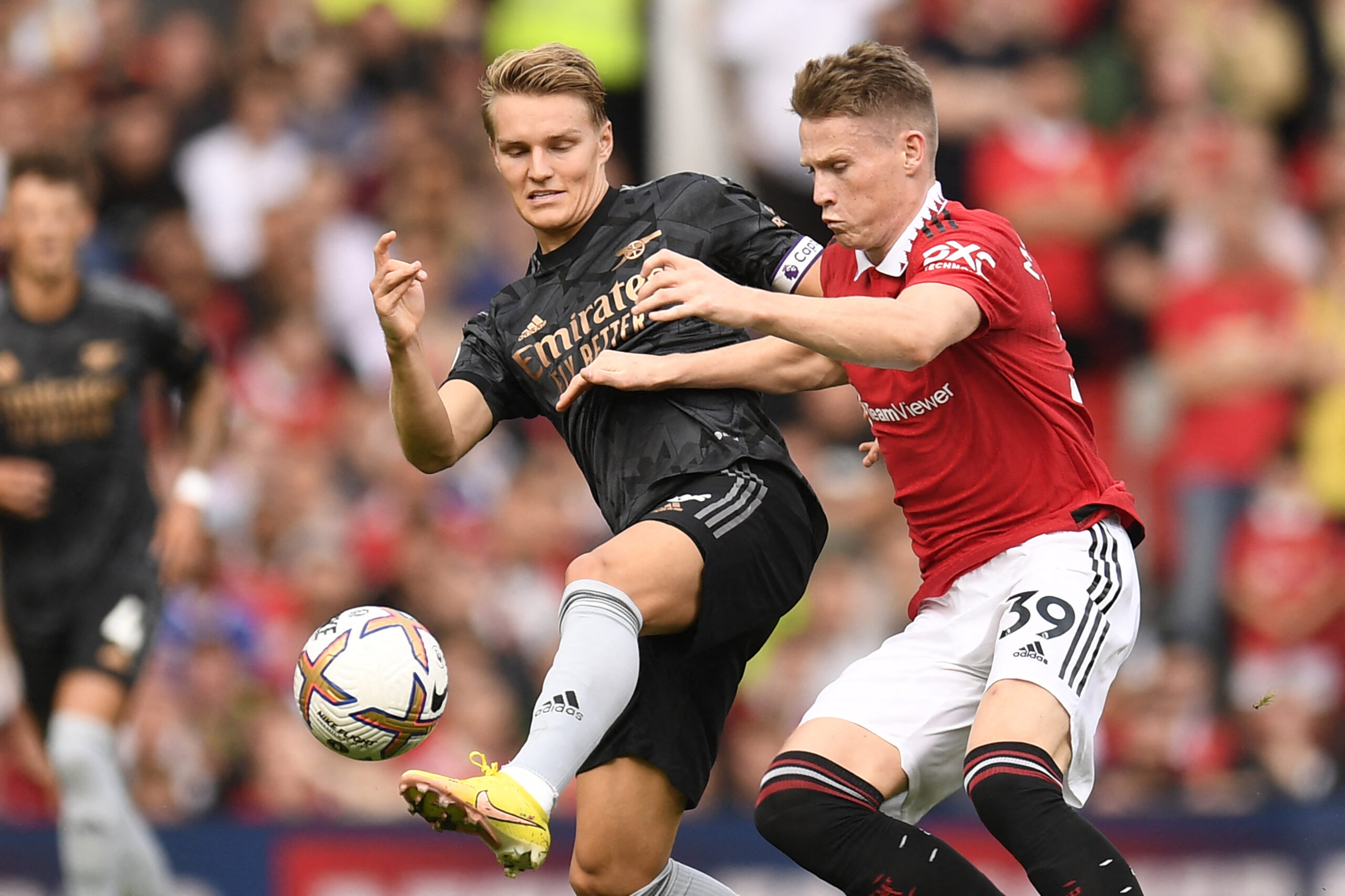 Manchester United will be aiming to return to winning ways on Sunday when they face Premier League leaders Arsenal at the Emirates Stadium.

The Red Devils were recently on a stunning nine-match winning streak before a frustrating 1-1 draw against Crystal Palace at Selhurst Park.

United were on course for three points against the Eagles, but a stunning stoppage-time free-kick from Michael Olise sealed a draw for the hosts.

Ten Hag will want a strong response after the disappointing result and it will be interesting to see what kind of tactic he deploys against Arsenal.

With Casemiro suspended, Ten Hag could revert to a three-man central midfield which may see Scott McTominay and Fred reinstated into the XI.

There is also the possibility that Lisandro Martinez could play in the number six role ahead of McTominay.

In our opinion, Ten Hag should resort to the same tactic that brought success against Manchester City.

Fred did an impressive job of man-marking Kevin De Bruyne for vast parts of the game and the Belgian was forced to switch out wide to find space.

A similar trick should be repeated against Arsenal’s in-form captain Martin Odegaard, who has shown more willingness to shoot when on goal.

The €60 million-rated star has 13 goal contributions in the league this term and keeping him quiet would greatly enhance United’s winning prospects.

Fred could be tasked with the job of man-marking once again. He has been terrific in the role thus far and has the high work rate to keep up with the Norwegian.

United are currently eight points behind leaders Arsenal, who have a game in hand. Sunday’s game is a must-win to keep their title chances alive.

A victory tomorrow would seal their first league double over the north London club since the 2017/18 season where they won 3-1 at the Emirates.