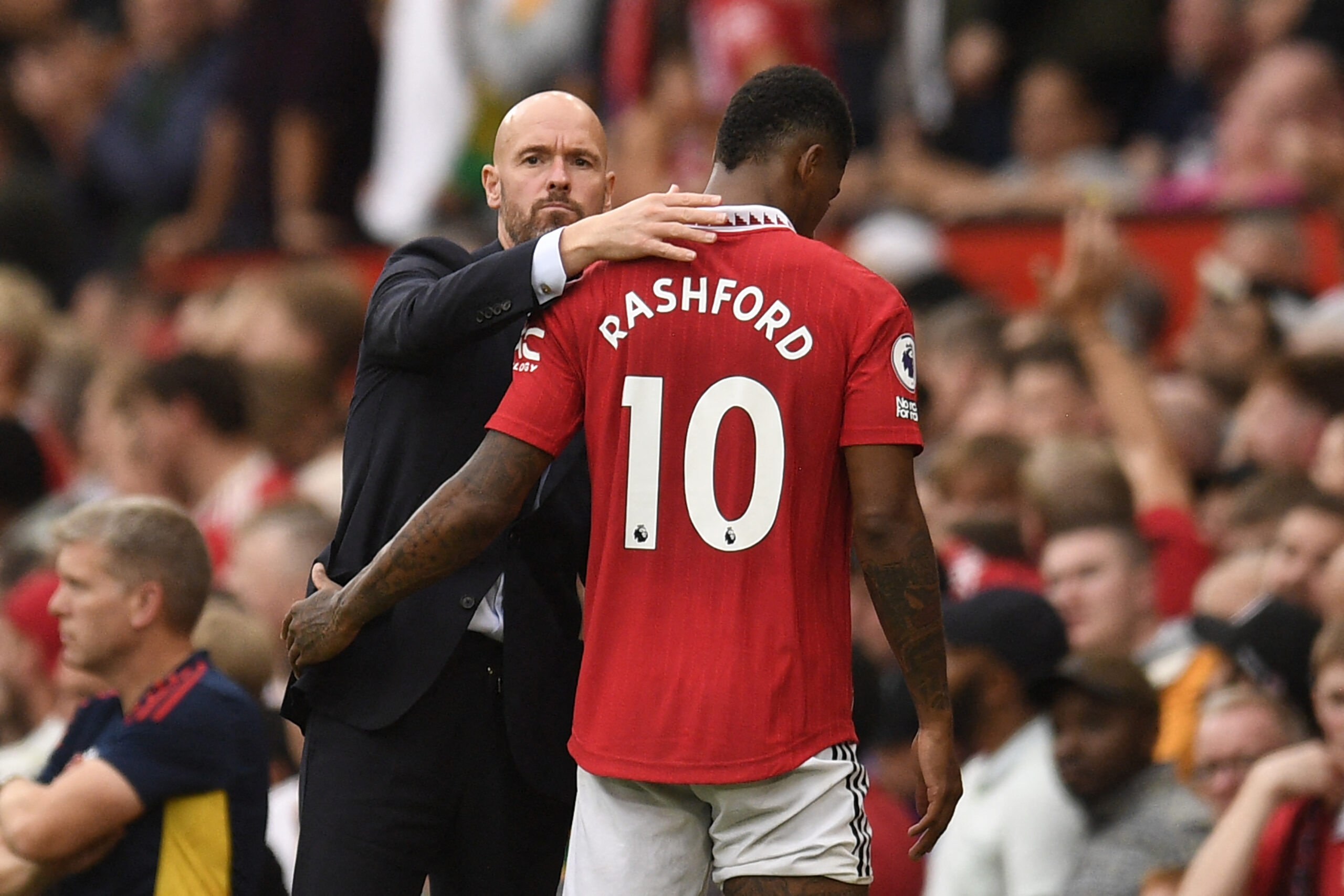 The England international had a surgery for a nagging shoulder problem last season and on his return, he was barely the same player with just five goals and two assists from 32 appearances.

This led to questions regarding his United future, but he has answered his critics with a terrific resurgence under Ten Hag. This season, he has bagged three goals and two assists from just six games.

It is now reported that Ten Hag has a superb relationship with the Old Trafford graduate, and has promised to do whatever it takes to help him make the England squad for the World Cup.

Furthermore, the Dutchman believes the 24-year-old has the credentials to become one of the world’s best and has told the player that he can easily notch up 20 goals during the ongoing season.

A source told The Sun: “The manager wants Marcus to be United’s No 1 striker and lead the line up front.”

“He believes Marcus has the ability to become one of the world’s best and wants him to express himself in matches.

“He is always telling him to use his pace and skills when he gets a chance. He told Marcus he will easily score 20 this season.

“They have a great relationship and Marcus is really happy.”

Rashford has had a superb turnaround under Ten Hag

It was anticipated that Rashford, Anthony Martial and Jadon Sancho would improve under the 52-year-old tactician, having reported for pre-season training from the first day he took charge.

Martial undoubtedly made the headlines with his sparkling form during pre-season, but Rashford and Sancho were not far behind, having impressed with their link-up play on multiple occasions.

The early season injury for Martial has probably been a blessing in disguise for Rashford, considering he was initially touted to play on the left wing with the Frenchman leading the attack.

Rashford has not featured much up front over the past year due to Cristiano Ronaldo, but Ten Hag has ensured that he has played as the main striker which has brought the best out of him.

He looks to have finally revived his lost confidence in front of goal. With the World Cup around the corner, Rashford will be hoping that he can make Gareth Southgate’s squad next week.