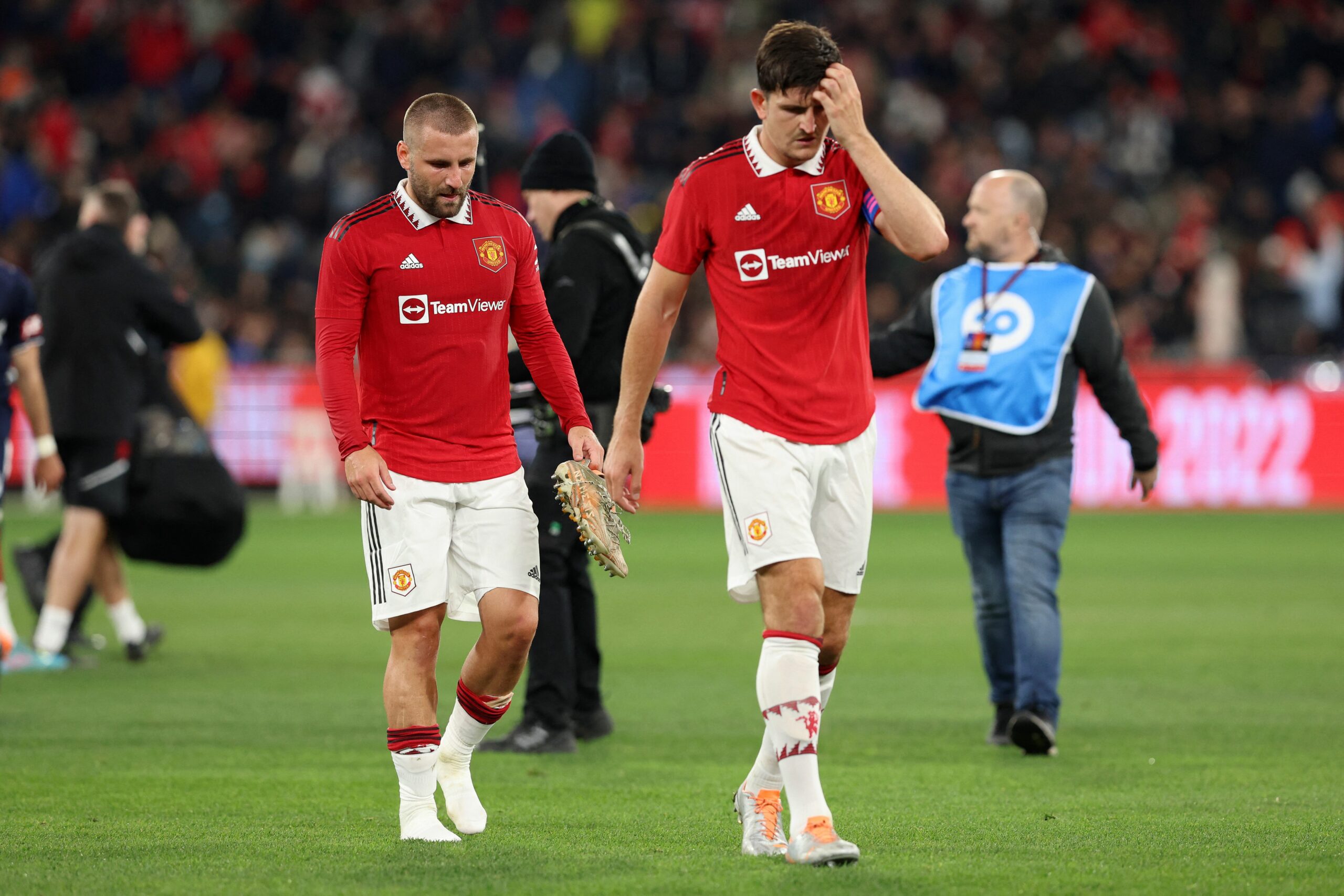 The pressure is on Southgate as this will be his final chance to test out the players before the World Cup later this year.

The players who failed to make the cut in this squad have only a slim hope of making it to Qatar.

Marcus Rashford and Jadon Sancho were the two big names overlooked by Southgate.

We believe these selections could prove to be a blessing in disguise for United.

Maguire and Shaw get some much-needed action

Club captain Maguire was dropped to the bench after embarrassing defeats against Brighton & Hove Albion and Brentford.

Raphael Varane and Lisandro Martinez have flourished since teaming up as a pair at the back.

They possess the pace to play with a high line and have composure when the ball is at their feet.

Maguire is no longer a first-choice centre-back under manager Erik ten Hag.

Having been selected for the Three Lions, he will get the game-time he desperately needs right now.

The same is true for Shaw, who lost his starting spot to another summer signing, Tyrell Malacia.

Malacia is not a finished product and still needs to work on his game, but his tenacious efforts put him ahead in the pecking order.

Shaw has struggled with injuries recently but Southgate still backed him.

Ten Hag will be hoping that Shaw puts in some encouraging performances so he can use him more often.

Sancho and Rashford get a breather

Both forwards have featured in every Premier League game for United this season.

Missing the Nation League games will be disappointing but they will get the rest they need.

It’s more than a year since Sancho received a national call-up due to his poor form since his high-profile £73 million switch to United last summer.

Sancho looked out of place under Ole Gunnar Solskjaer. Ralf Rangnick also failed to bring the best out of him during his short spell in charge/

However, the 22-year-old looks reborn under Ten Hag. In eight games this season, he has netted three goals.

The assists field is still blank but his sparky performances suggest it is just a matter of time before we see Sancho rectifying this.

With three goals and two assists in six outings, he is leading the charts for most direct goal contributions for United.

He suffered a muscle injury against Arsenal after scoring a brace. The injury is reportedly the main reason behind his omission from the England squad.

If Sancho and Rashford continue to perform well, the England boss will be forced to take them to the World Cup.

Their omission will motivate the duo to play well for the Red Devils and book their tickets to Qatar.