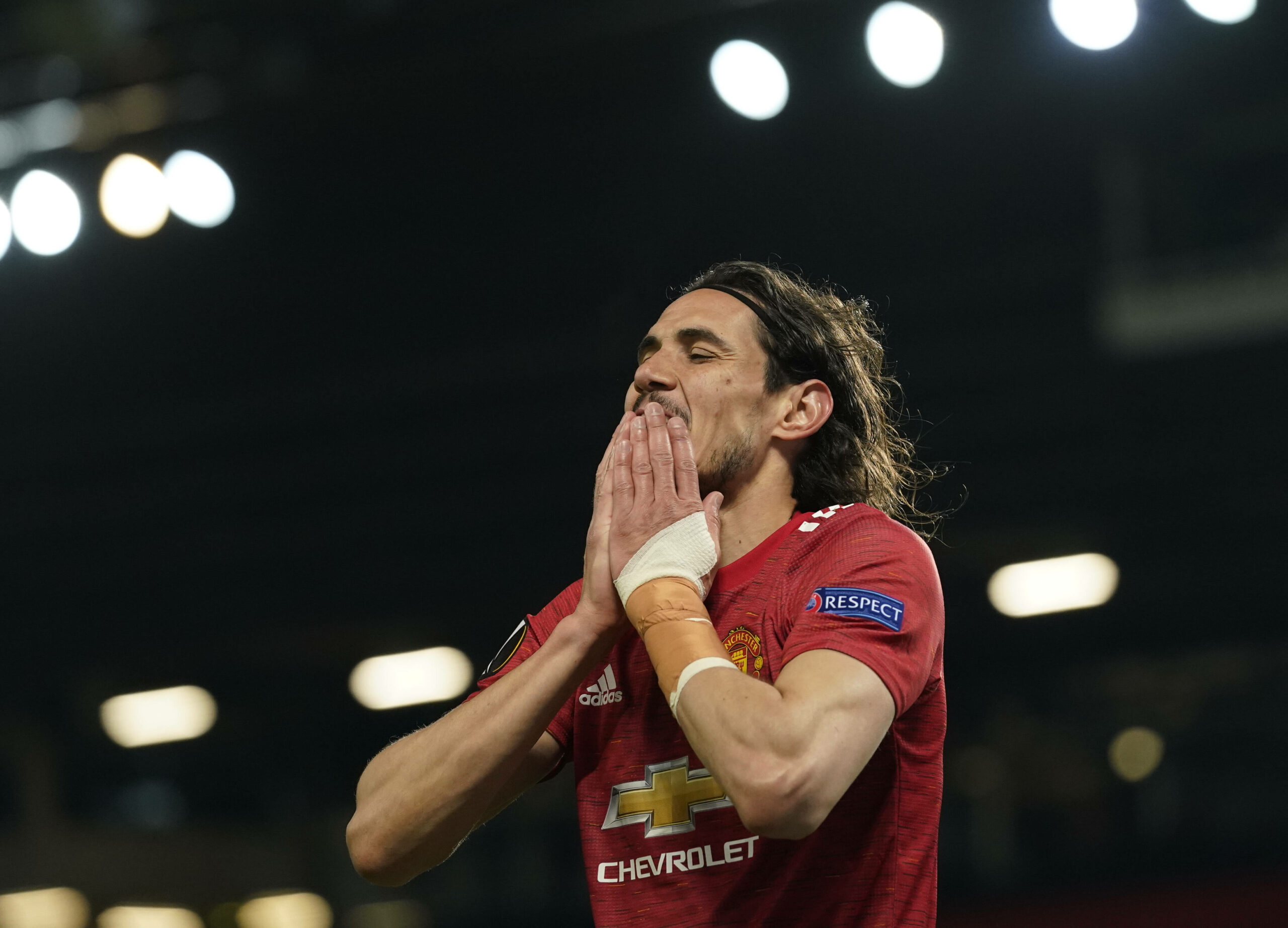 Edinson Cavani has been named as Manchester United’s Player of the Month for April.

The 34-year old has been in blistering form last month and is the deserving recipient of this award.

The veteran striker appeared in seven games in April, starting four. He scored five goals and bagged two assists during this period.

He was named as the man of the match against Tottenham Hotspur, Granada and Roma, highlighting his level of form.

Mason Greenwood and Victor Lindelof were the other two nominees for this award.

Cavani received 70% of the total votes whereas Greenwood and Lindelof had to settle with merely 25% and 5% of the votes.

It was supposed to be a close contest between the two forwards but Cavani easily cruised past the youngster.

The Uruguayan international has been battling hard to regain his fitness since his arrival at Old Trafford.

He seems to be in much better shape now and is leading the line with great intelligence and confidence.

He scored two goals, made two more and also won the penalty which Bruno Fernandes converted.

He broke the deadlock with a smart finish but the goal was wrongly ruled out by the referee and VAR.

However, he scored a majestic headed goal later in the game to hand his side a crucial lead.

Cavani’s dazzling performances have rightly been applauded by the fans and they will now hope that he agrees to stay with the club for another year.