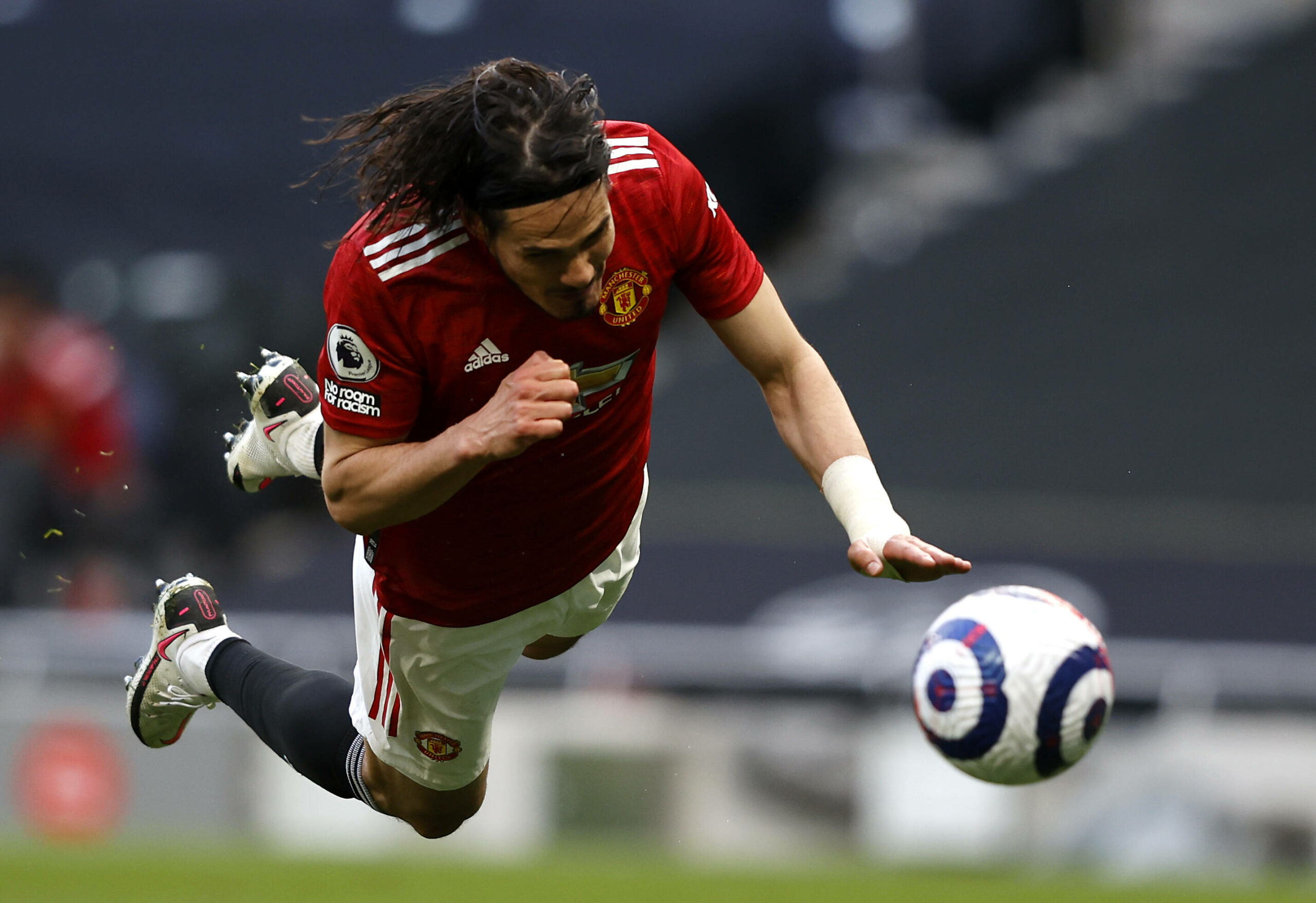 The former Paris Saint-Germain striker has had a thrilling debut season in England with the Red Devils.

It initially appeared that the decision to sign the 34-year old would not pay dividends, but El Matador had different ideas.

Cavani has made 38 appearances for United, bagging 16 goals and assisting another five.

His performances in the Europa League have been particularly inspiring, forcing the club to extend Cavani’s contract for another year.

United’s number 7 was recently asked to name his standout match in a red shirt.

He said: “I think that the Tottenham game is an exciting one you can look back on with a lot of enjoyment, because of how the game panned out and for the incidents that happened out there on the pitch.

“There was that disallowed goal, which if I’m honest, didn’t seem like a fair decision to us.

“We went behind and then to have been able to turn the scoreline around as a result of our hard work and desire to compete, and our pride and sheer determination to win, I think that makes it one of those games that stick in your memory.”

The Red Devils broke the deadlock through Cavani’s smart finish but the goal was chalked off after VAR’s intervention.

In the build-up to the goal, Scott McTominay was deemed guilty of fouling Heung-min Son.

While making his run, McTominay’s hand brushed the Spurs forward with his hand.

Son’s dramatic fall and a furious reaction from his teammates compelled the referee to give a foul against the Scottish international.

Just after a few minutes of this controversial decision, Son handed the lead to Spurs which turned things more sour.

Solskjaer’s men were angered by the injustice, but they channelled their frustration in the right direction in the second half.

Cavani’s shot was repelled into the path of Fred who calmly slotted the ball past the keeper to bring the scoreline to parity.

This attacking momentum helped United to score their second goal. Bruno Fernandes’ amazing nutmeg found Mason Greenwood who launched a cross into the box which was met by diving Cavani’s header.

That magnificent finish will be remembered by the fans whenever they think about the Uruguayan striker.