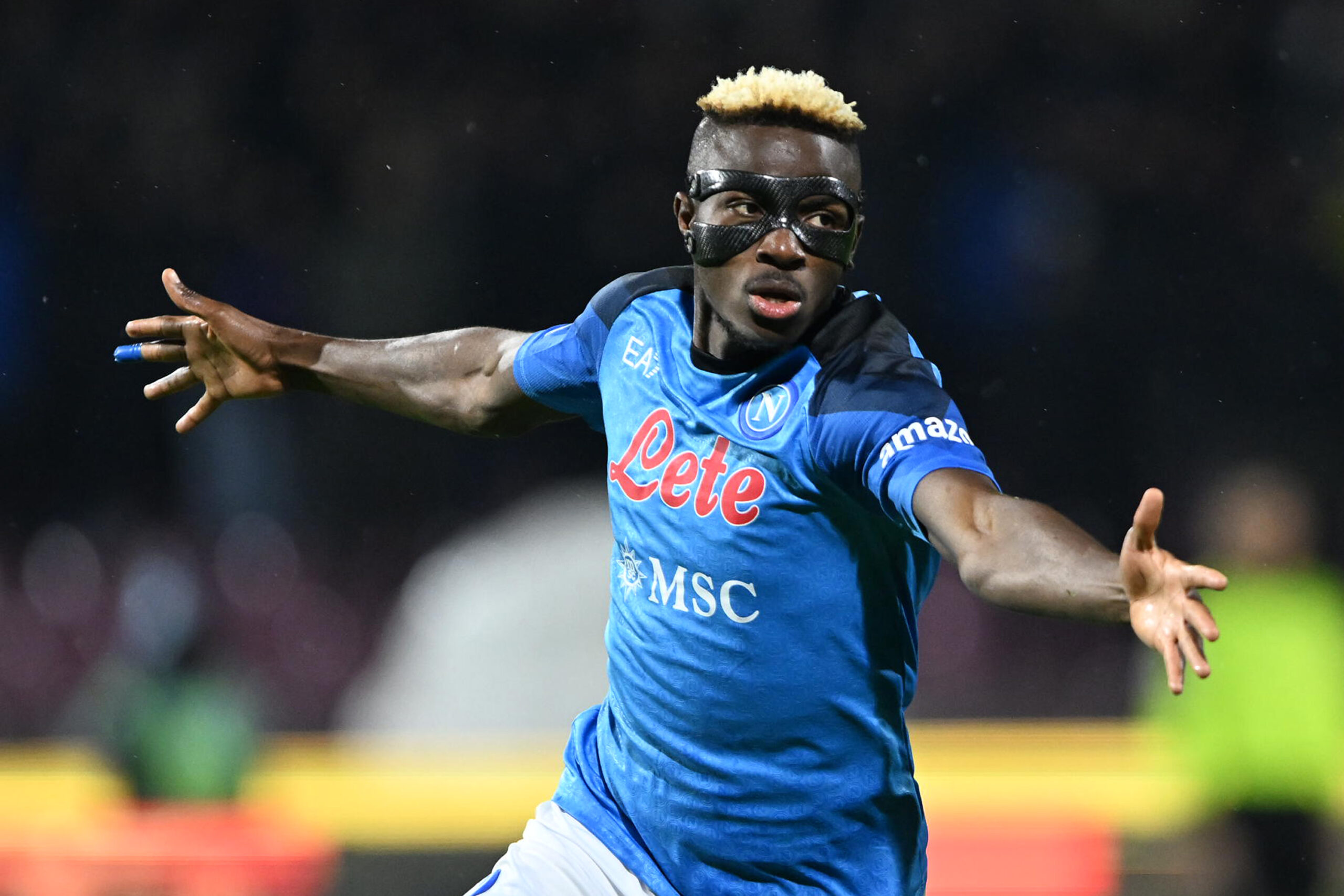 Manchester United have been fancied to pursue a marquee striker in the next transfer window but it appears Victor Osimhen is no longer a top target for them.

With Napoli said to value him at more than €100 million, he is too expensive for United, according to Florian Plettenberg. They are looking for cheaper solutions.

The club could have a new owner in the summer, but they are still concerns over Financial Fair Play. United may need to sell few players to boost their spending capacity.

In our view, the €100m plus fee mentioned for Osimhen could be better spent on three key transfers.

A new central defender should be signed in the summer with Harry Maguire possibly heading for an exit.

United are currently keeping tabs on Monaco’s Axel Disasi, who could be allowed to leave at the end of the season. He is valued at €50 million but could be pursued for less.

A creative central midfielder could be another priority for the Red Devils. Leicester’s City Youri Tielemans seems a realistic option in our opinion with his contract due to expire in July.

There have been concerns over his mobility and top speed in the past, but looking at the success of Christian Eriksen alongside Casemiro, the Belgian should fit in perfectly.

Casemiro has been brilliant with his defensive work. His presence in the line-up would allow Tielemans to express himself in a free role. He could be available for a reasonable signing-on fee.

The Canadian is being closely watched by the club. He has been in brilliant form for Lille this term, scoring 12 goals and registering three assists from 21 appearances in all competitions.

Similar to Disasi, he is valued at around €50m, but United could reduce the fee up front with add-ons. Hence, the €100m plus fee required for Osimhen could be well spent on three key transfers.