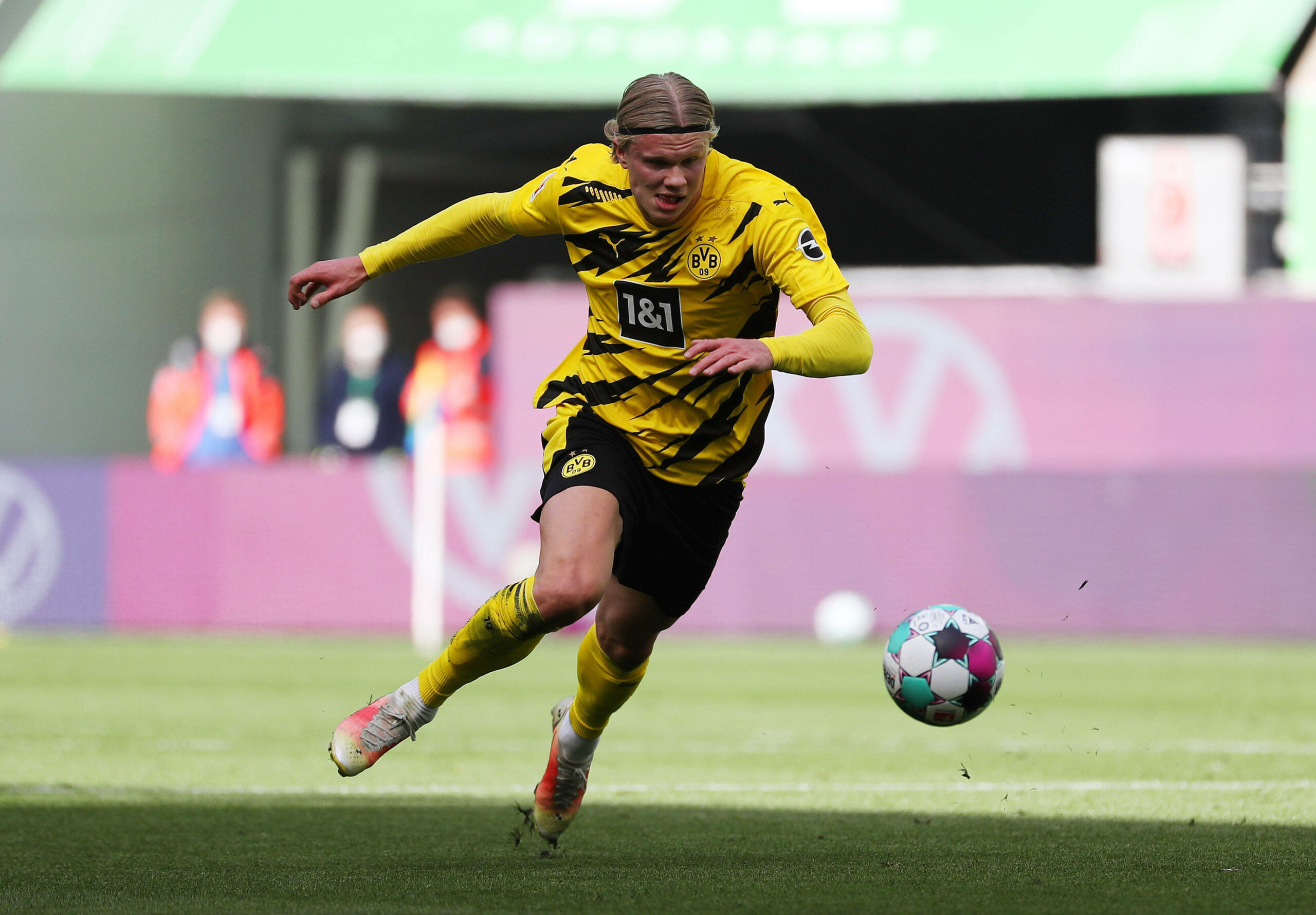 The Erling Braut Haaland transfer saga has taken a fresh twist as Borussia Dortmund may lower their demands amid the ongoing struggle to secure Champions League football, according to Eurosport.

Arguably the most coveted youngster in world football, the Norwegian has been targeted by almost every big club across Europe’s top-five leagues.

Following a stunning maiden Bundesliga campaign, Haaland’s career has continued on an upper trajectory, with the 20-year-old hitting the net 25 times in 26 league appearances this season.

The former RB Salzburg striker is doing everything in his power to lead Dortmund to a top-four finish in the German top-flight.

The outcome of the top-four run-in could have a decisive impact on Haaland’s future.

The prospect of playing in Europe’s premier club competition next season may be the only way Dortmund can convince their star forward to prolong his stay in Germany.

Desperate to keep hold of the ex-Molde youth academy graduate, the Bundesliga giants have slapped a whopping £156 million price tag on his head.

But with the possibility of missing out on Champions League football looming, Dortmund could be ready to negotiate Haaland’s departure for a figure closer to £130m.

Although it is not a negligible markdown compared to their initial asking price, it is unclear whether any club would consider a high-cost operation in the current climate.

Manchester United are one of many European juggernauts ready to pounce for Haaland in the summer.

Ole Gunnar Solskjaer has named his compatriot his top priority heading into the transfer window and is hell-bent on getting the deal over the line.

While the Norwegian’s arrival at Old Trafford would force the Red Devils to break the bank, Haaland is well worth the outlay.

Now that his price tag has been altered, United may be enticed to make a move and take advantage of Dortmund’s willingness to drop their valuation.