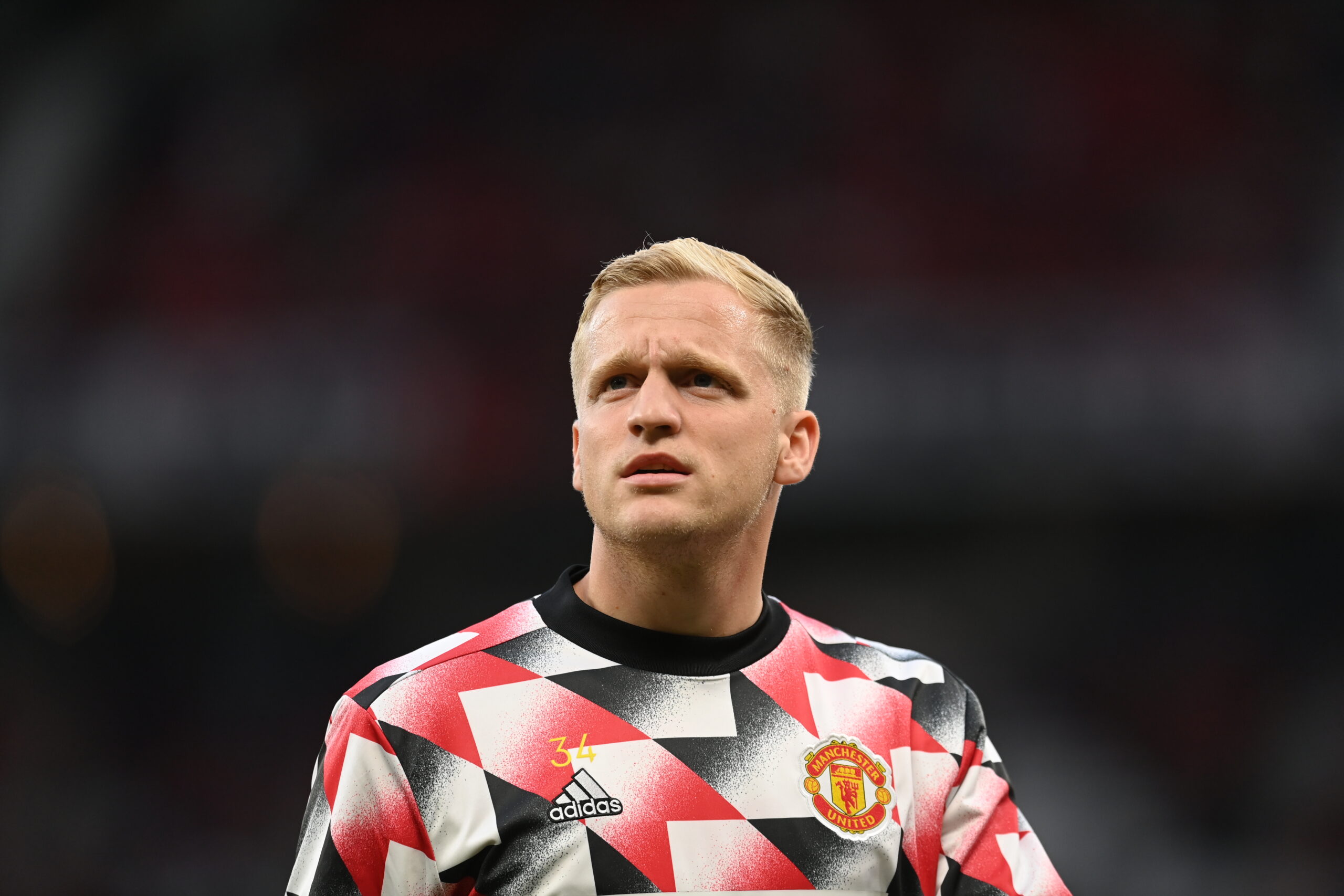 The Netherlands international has been on the fringes of the United squad and his future must be assessed in January after a string of poor performances.

After spending most of the season injured or on the bench, Van de Beek has been handed three straight starts this month where he has looked out of sorts.

The Dutchman managed 19 touches and nine passes against Real Sociedad. At Villa last weekend, it was quite similar with 18 touches and just 13 successful passes.

The 25-year-old was still picked to start in the number 10 role last night. It was another underwhelming display with only 21 touches and 12 accurate passes.

Aside from this, he won just two duels while registering a solitary tackle.

He was brought off on or after the hour mark in each of those games and it should be time to axe the midfielder from the starting line-up against Fulham.

Meanwhile, there should be questions raised over his future at United. Van de Beek has been playing in his shadows since his high-profile move from Ajax.

He looks far off from the player that had the world at his feet in Amsterdam. Even Ten Hag has not changed his fortunes. United must consider his sale in January.

Leicester City are known to be interested in the Netherlands international. There is talk of a possible loan deal with an option to buy at the end of the season.