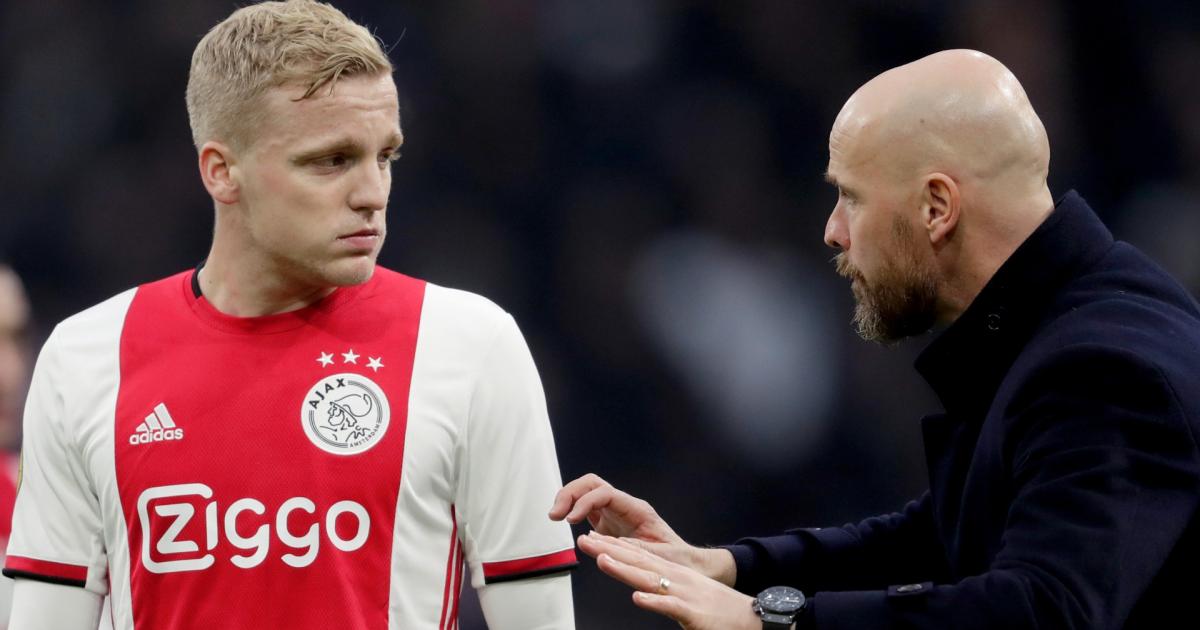 Van de Beek joined the Red Devils with huge expectations in the summer of 2020, but hardly started games in the Premier League before he was loaned out to Everton last winter.

It was predicted that he could leave on a permanent deal this summer, but the scenario has completely changed with United appointing Ten Hag as their permanent manager.

The Dutch tactician played a key role in Van de Beek’s development at former club Ajax. The 25-year-old now has the opportunity to revive his United career under him.

Romano has now revealed that Ten Hag plans to keep Van de Beek for next season. The Netherlands international is ‘expected’ to play a role in the Red Devils’ first team.

He said: “Erik ten Hag has Donny van de Beek in his plans for next season, as things stand. Been told he’s now expected to play a role in Manchester United team.”

Van de Beek arrived from Ajax for £35 million two years ago. At that point, the deal seemed a bargain, given his regular goal contributions from the central and attacking midfield positions.

However, he never got the chance to establish himself under manager Ole Gunnar Solskjaer. The Norwegian considered him as a number 10 and only played him when Bruno Fernandes was occasionally rested.

It was anticipated that his situation would change with Ralf Rangnick taking interim charge in December last year, but nothing of that sort happened. Van de Beek was once again a regular substitute.

Hence, there were no surprises that he chose to join the Toffees on loan. It was a mixed experience for him. He showed glimpses of his quality at the beginning, but then spent two months away with a thigh injury.

Van de Beek now has the chance to redeem himself under Ten Hag. The Dutchman will be aware of his strengths and weaknesses, and it remains to be seen where he plays him during the forthcoming campaign.

United have been yearning for a quality competitor to Fernandes. The Portuguese had a number of underwhelming displays last term, and can’t take his place for granted as Van de Beek could get a fair chance.