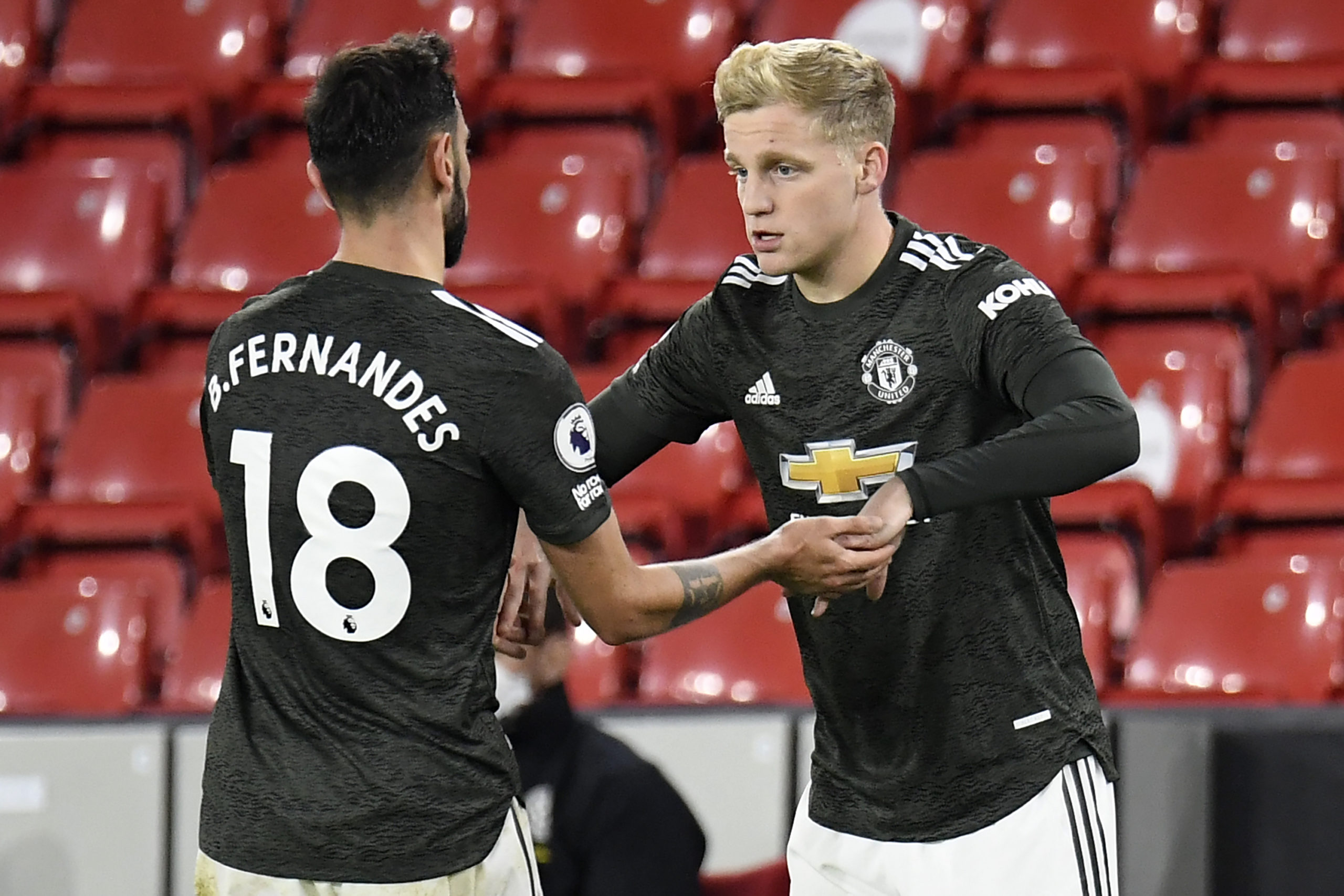 Former Manchester United star Dimitar Berbatov has said that he won’t be surprised if summer signing Donny van de Beek looks for a fresh challenge away from the Red Devils.

The Dutchman was United’s first major signing of the summer for around £40 million and he arrived with much fanfare given his creative influence from the central or attacking midfield positions at Ajax.

However, he has since struggled for regular playing time and has been restricted to only 762 minutes of first-team action from his 20 appearances in all competitions.

Over the past four games, he has managed only two minutes on the playing field and Berbatov believes the Dutchman may already be considering a move away from Ole Gunnar Solskjaer’s side.

“I don’t know what is going on with Donny van de Beek – I said before he signed that I like him as a player, he was great for Ajax and his national team, but now he can’t get a game at United,” He was quoted as saying on Betfair‘s blog.

“I can see that his confidence isn’t high at the moment, and that’s normal because when you don’t play you start punishing yourself and ask questions of yourself. I wouldn’t be surprised if he is starting to look for the exit and nobody will blame him. Something isn’t working.”

Solskjaer has recently called for patience with Van de Beek and emphasised that he will emerge as a key player in the long-term. Still, it is quite surprising to see that the midfielder has been completely out-of-favour in recent weeks.

A January exit appears unlikely to happen, but the Dutchman may start assessing his options, should his game time not improve during the back end of the current campaign.

Van de Beek has been an unused substitute in the previous three Premier League games and he managed only a two-minute appearance in the recent Carabao Cup semi-final defeat to Manchester City.

The Netherlands international will be hoping for a start when United entertain Championship side Watford in the third round of the FA Cup tomorrow night.