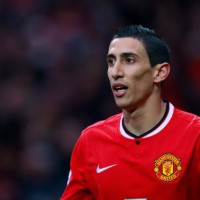 The day before Angel Di Maria was unveiled as a Manchester United player, Louis Van Gaal’s side had been dealt a severe humiliation as they capitulated to a 4-0 defeat at MK Dons in the Capital One Cup.

In more ways than one, that night brought the curtain down on the careers of a number of players United fans had grown accustomed to – tolerated in some cases – see in the starting XI over the few seasons that preceded the Dutchman’s arrival.

However, in the wake of such a comprehensive defeat, the former Holland manager responded by strengthening his squad in spectacular fashion.

The timing of Angel Di Maria’s unveiling could not have been more apt. Van Gaal wanted a statement of intent following the stuttering start to his United career and statement of intents do not come much bigger than signing a world class players for a club record fee.

Less than 24 hours earlier, United fans had cursed Anderson’s lack fitness, now they cast their eyes on the man who had played a pivotal role in Real Madrid’s quest for the their 10th European crown.

Fast forward 12 months and Di Maria has indeed become the symbol of Van Gaal’s first campaign in charge but for all the wrong reasons.

After a flying start, culminating in his wonderful effort against Leicester, had led supporters to believe he could be the player to drag United to rediscover the success of the Fergie era, the man they call El Fideo – the noodle –  , much like his commitment, petered out. 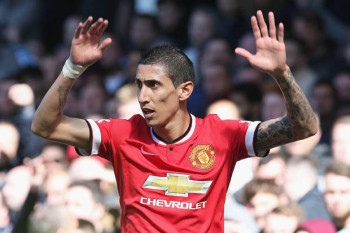 The well-documented burglary did little to help a player used to a complete different reality to settle in Manchester, while the tag Premier League’s record signing piled unwanted pressure on the shoulders of a man who had not been the team’s focal point – at least as far as the media were concerned – since his days at Benfica.

Van Gaal’s decision to adopt a more pragmatic approach follow United’s 5-3 thumping at Leicester and the physical nature of the Premier League surely contributed to make life harder for the Argentine as did a number of minor injuries.

And yet when one considers all the mitigating factors, it is hard to feel sorry for the player, particularly given he seldom hid his disinterest towards United.

“PSG had a money problem and they couldn’t buy players,” Di Maria told French station Telefoot only a few months after he joined United.

“This is the main reason I didn’t go there.

The last line smacks of a player who, having been paraded around by his agent, was forced into settling for the best alternative, for it was evident United never were more than a plan B for Di Maria, while United themselves never looked completely at ease with their record signing.

It could, of course, have been so much better.

Having agonised through a season of turgid football under David Moyes, Di Maria seemed to be the perfect man to ignite Van Gaal’s revolution.

Skilful, a proven winner despite being only 27 and selfless – he had never sought the limelight some of his teammates in a star-studded Madrid side demanded- the former Benfica player looked the perfect fit for a side in desperate search of identity.

Even more importantly, for a club where romantics are never too far away, United had found a man who would not only accept the burden of carrying the number 7 shirts, but a man relishing and thriving under the challenge the fabled piece of fabric carries with it.

It is somewhat ironic that, as Di Maria departs, Van Gaal has lamented the lack of creativity and attacking spark the Argentine is almost guaranteed to provide at PSG.

However, for all the criticism aimed at the Dutchman’s perceived tactical rigidity, it’s perfectly plausible that United will find a player of similar characteristics, who will be an infinitely better option for the current system.

Perhaps Di Maria’s replacement won’t be as good – though some of the concerns over Pedro’s potential seem exaggerated – but it is unlikely he will be less inclined to play for United than his predecessor.

“I’m not happy with my first year in England. I moved here from Real to win titles and this season has been very bad for me,” he said in May, indicating he might knuckle down and prove his talent could brightly, rather than flicker sporadically.

“I’m frustrated because I want to do better.

The fans in England have not seen the real Di Maria. I know I can offer a better level. This year was not good enough.”

He could have become a cult hero but even Michael Owen will be remembered as a more successful number 7 than him and for all Di Maria’s talent, his marriage with United was purely based on convenience and both parties will be better off without each other.