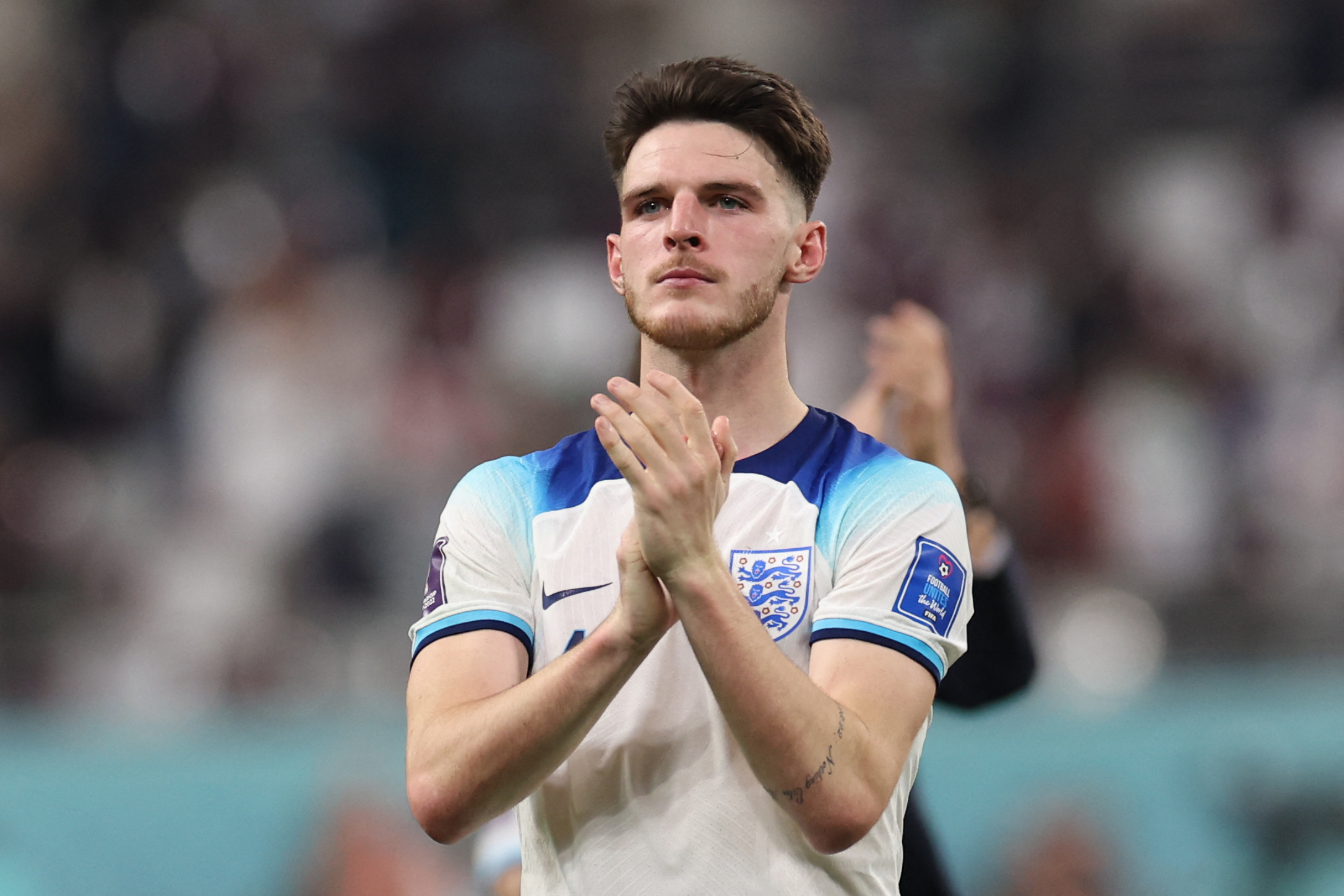 Manchester United should make a genuine attempt to sign West Ham United midfielder Declan Rice next summer amid his contract stand-off at the London club.

The England international has been one of the Premier League’s best-performing midfielders over recent campaigns and he could leave the Hammers soon amid their lack of progress.

David Moyes’ side finished seventh in the league standings last term, but they have failed to replicate the same form this season. They are currently just one point adrift of the drop zone.

Rice has made it clear that he wants to win trophies and play in the Champions League in future and The Telegraph claim that the midfielder could be sold for £70 million next summer.

The Hammers currently have the option of extending Rice’s contract (expiring in June 2024) by another year, but it is reported that next summer could be the last chance to bank a big fee.

United were hot on the trail of Barcelona’s Frenkie de Jong for most of the summer transfer window, but the Dutchman made it clear that he did not want to leave the Catalan giants.

The Netherlands star continues to be admired by United boss Erik ten Hag, but a move seems improbable with De Jong recently saying that he wants to stay at Camp Nou for another 8-10 years.

Hence, the club should move from the Dutchman. In our view, Rice could be a perfect alternative and his vast Premier League experience should persuade United to make a summer approach.

The 23-year-old has superb distribution skills from the centre of the park. In this season, he has completed over 90 per cent of his passes with an average of five successful long balls.

Defensively, he has also been solid with 2.4 tackles and 1.6 interceptions per league game. Aside from this, the Hammers captain has also caught the eye with his driving runs from midfield.

At 23, he has plenty of room to develop. He is already an elite midfielder and could become world-class at Old Trafford. With more creative players around, his goal involvements should improve.