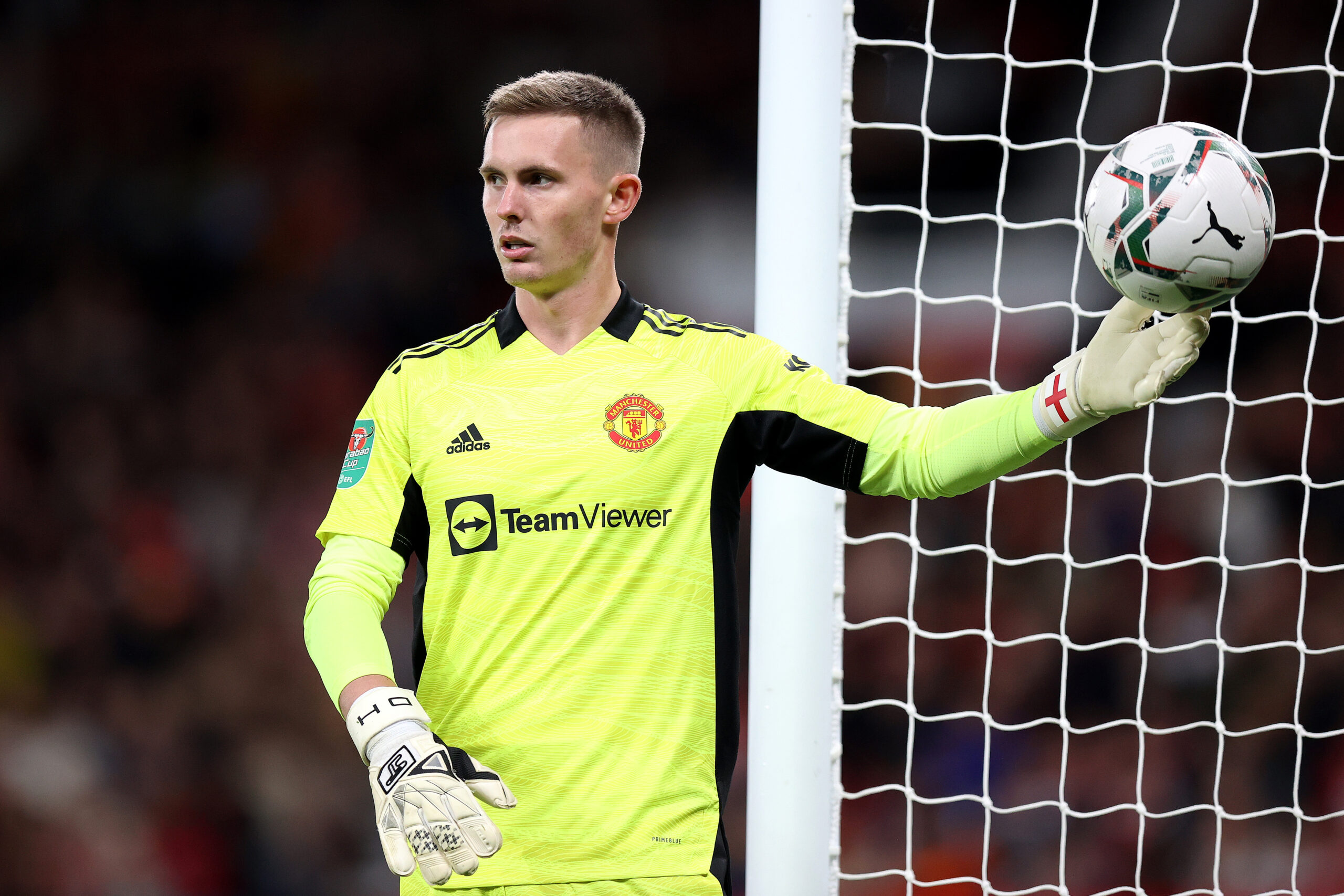 Dean Henderson has accused Manchester United of making false promises and ‘wasting’ 12 months of his career.

The goalkeeper has made a switch to Nottingham Forest in a season-long loan deal. This comes after he failed to usurp David de Gea under Ole Gunnar Solskjaer’s reign.

In a brutal interview with talkSport, he claimed “The conversation I had coming out of the Euros squad was ‘you’re coming back here to be the No.1′.

“I got COVID-19, came back, so I should have still been the No 1, but then nobody followed through with what they had told me.”

With David de Gea’s form in decline, Henderson ousted the Spanish goalkeeper from his number one spot.

It felt that the United academy product would start the 2021/22 campaign ahead of the veteran.

However, he missed out on the initial few weeks due to COVID-19. This gave de Gea another opportunity, and he grabbed his chance with both hands.

The shot-stopper revealed that he rebuffed several loan offers as he wanted to be United’s first-choice goalkeeper.

“I turned so many good loans down last summer for that reason [being promised the No.1 spot], and they wouldn’t let me go,” he added.

“It was frustrating. To sit there and waste 12 months is criminal really, at my age. I was fuming.”

The England international admitted that he forced his move before Dutchman’s arrival. He did not want to take the risk of the new manager blocking his exit.

He said: “I tried to join Forest before [Erik Ten Hag joined] — I told the hierarchy I need to play football.

“I don’t want to be here playing second fiddle. I was almost gone before the manager came in and I haven’t spoken to him since.

“I didn’t really want the manager to come in and be able to see me in training because I knew he’d probably want to keep me.”

Dean Henderson has no future at Man Utd

Henderson feels betrayed, and he has every right to feel so. His performances caught the eye when he went to Sheffield United on loan.

He quickly became irreplaceable and played a major role in the club’s rise. At 24, he would have wanted to feature in as many games as possible.

Rather than focusing on improving, he was forced to play second-fiddle to de Gea.

He failed to make a single Premier League appearance last term, which cost him his spot in the national team.

Having said that, the Spanish keeper was undroppable.

The 31-year-old had an amazing season, proving to be the best player for the Red Devils even though they finished in the sixth spot.

If not for him, United would have fallen further down. Eventually, his heroics earned him the Players’ Player of the Year award.

It became very tough for Solskjaer and then Ralf Ragnick to play someone else between the sticks.

United’s dressing room wasn’t a happy place last season. And it is safe to say that Henderson contributed to that malaise.

While Henderson was promised the #1 spot, his illness and de Gea’s spectacular return to form meant that he could not be restored to the starting XI.

For Henderson’s career, it’s best if he turns this loan opportunity into a permanent move to Forest or somewhere else next summer.

However, the wages he is on means he will need to have a stellar season and go to a top-half team as their first choice to justify them.

Rumours of Henderson being a disruptive dressing room influence and this kind of interview makes it clear that he does not see a future for himself back at United, even though he is contracted until 2025.

United will need to look elsewhere to replace de Gea once he retires, although that is hopefully still a few years away.

As for Henderson – it’s a story of unfortunate timing and a troublesome attitude. However, given the mess United have been for the last few years it’s understandable if the player does not feel the same loyalty to the club that fans would.