De Gea, Henderson or Heaton: Who gets the number 1 jersey next season at Manchester United? 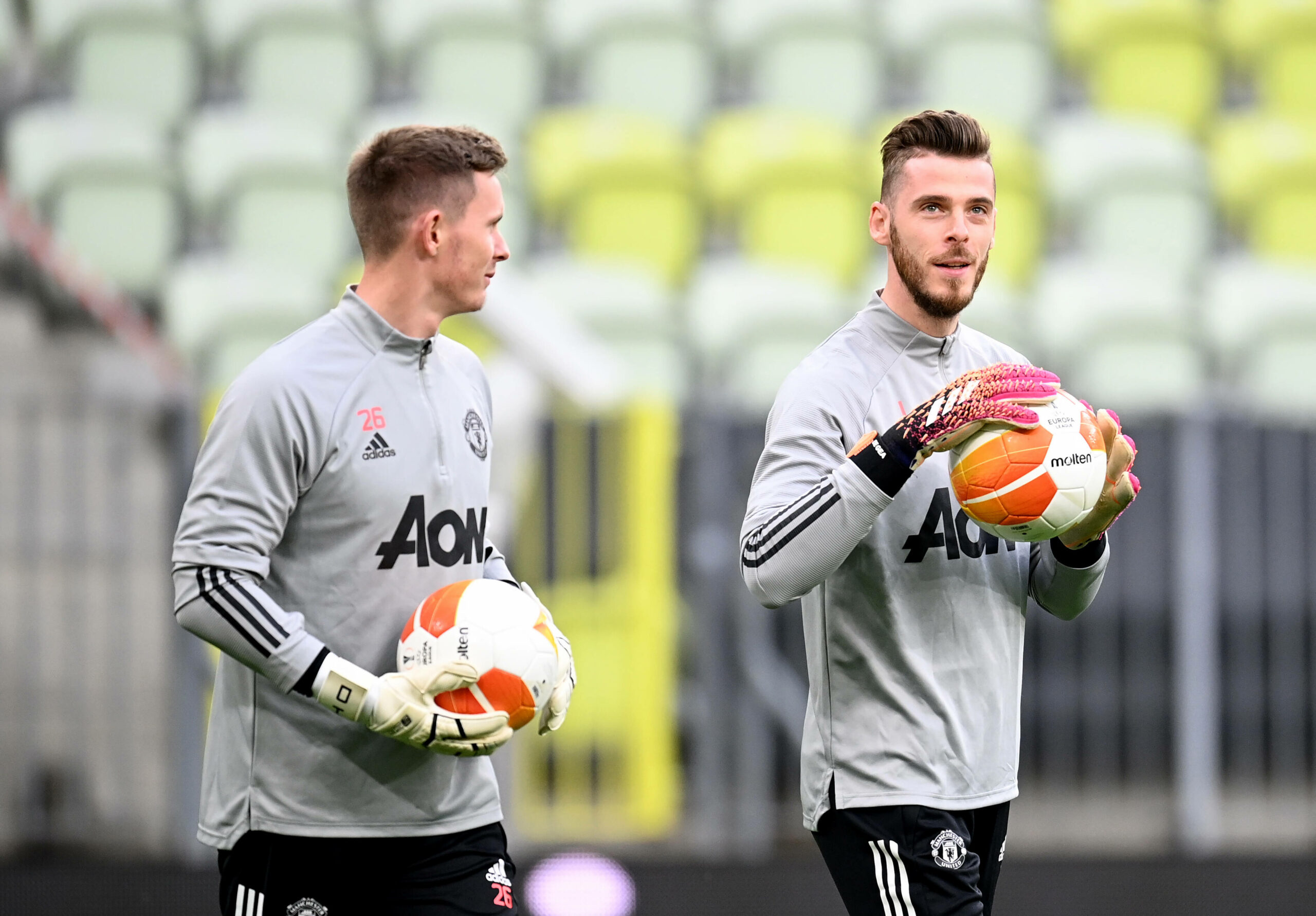 Manchester United are set for a major overhaul in their goalkeeping department in the upcoming transfer window.

Sergio Romero and Lee Grant will be leaving Old Trafford as their contracts expire this summer.

David De Gea and Dean Henderson shared goalkeeping duties this season but it is highly unlikely that this will happen next term.

Ole Gunnar Solskjaer has to figure out who is his first-choice shot-stopper. His decision may force the other keeper to leave the club.

Tom Heaton is expected to join the Red Devils after his contract with Aston Villa expires next month.

According to Sky Sports, the 35-year old player wants to challenge for the number one jersey at the club.

This has sparked a discussion about who should be United’s first-choice goalkeeper next season.

Before March, De Gea was featuring in the Premier League fixtures whereas Henderson was deployed in the European and cup games.

Their roles were exchanged when the Spaniard missed six league games while on paternity leave.

He showed his class against Roma in the Europa League semi-final, making a flurry of saves to help United advance to the final.

The manager trusted the veteran to deliver a similar heroic performance in the final against Villarreal but he failed miserably.

During the penalty shoot-out, all 11 players were successful to score from the spot.

De Gea stepped up to take the decisive penalty for his side but his poor effort was easily parried away by his opposite number.

He will turn 31 this November which means that United may have the last chance to get a substantial transfer fee for him this summer.

The 24-year-old goalkeeper experienced a breakthrough season last year when on loan at Sheffield United.

The Norwegian boss blocked another loan move for him hoping that he would challenge De Gea for the starting spot.

Henderson made 13 Premier League appearances for the club in which he kept 4 clean sheets. He made 40 saves in these games and conceded just 12 goals.

It looked like he had usurped De Gea for the number one jersey but his poor performance in the 4-2 defeat against Liverpool drew severe criticism.

Henderson still has a few years ahead of him before he achieves his full potential.

Just like other modern goalkeepers, he often likes to come off his line to help his team to maintain ball possession.

He is a player whom Solskjaer can trust to develop into a robust keeper in the coming years.

This seems to be the right time to pass the baton to the England international.

Sky Sports reported that Heaton will arrive at the Theatre of Dreams with a two-year contract – with an option for a third year.

This will be his second stint as a United player. He spent six years at the club as a youth player from 2004 to 2010 but was unable to break into United’s first team.

Even if he plans to compete for the number one spot, the likelihood of him getting that responsibility is much less.

Solskjaer has two goalkeepers with world-class abilities to choose from. However, Heaton could prove to be a robust back-up.

He has a wealth of experience and will assist the players around him in their development.

He won’t feature much in Premier League games but may start in cup games for his boyhood club.