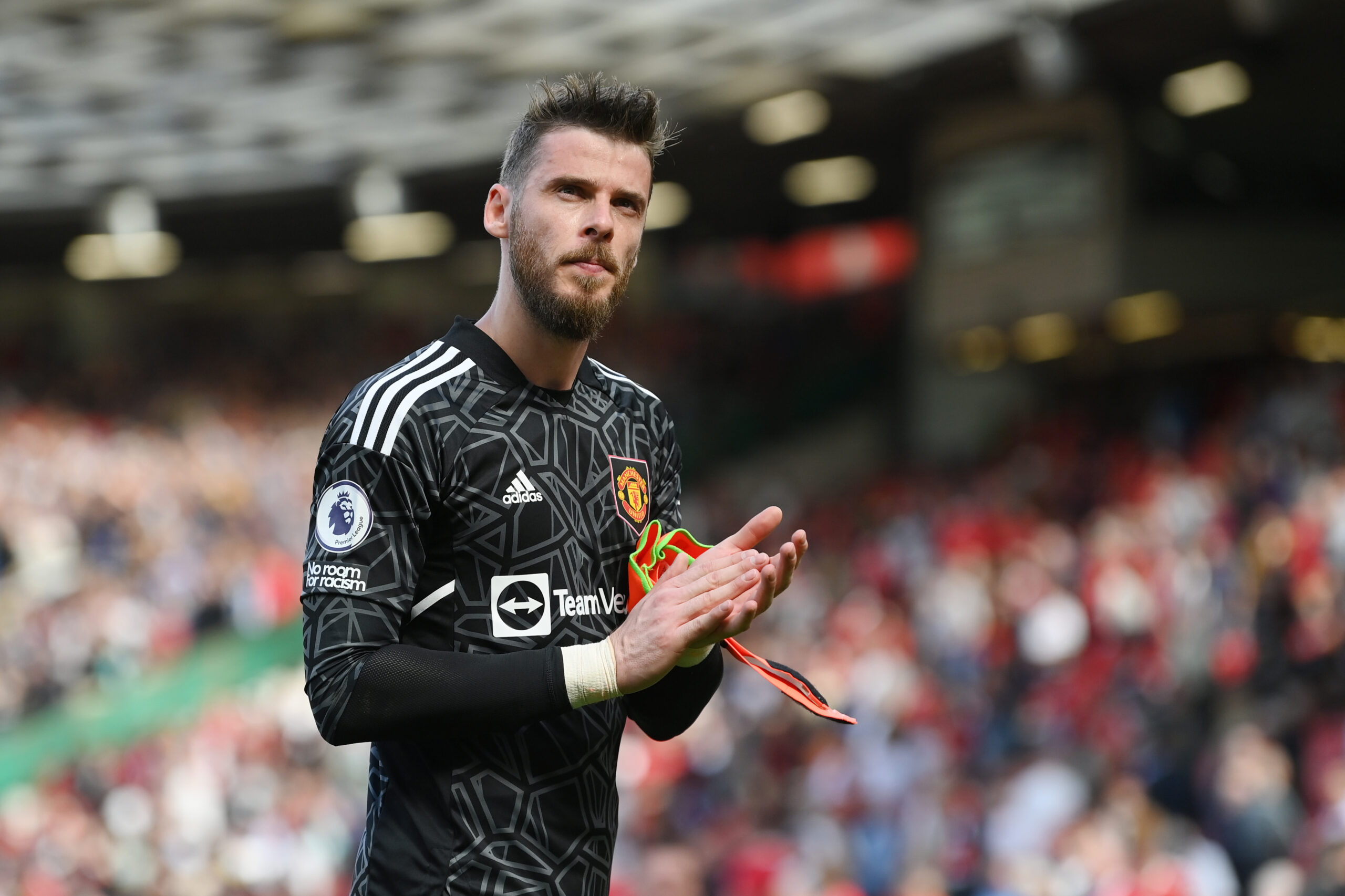 Manchester United goalkeeper David de Gea would be open to accepting a significant pay cut to put pen-to-paper on a new long-term contract, The Athletic report.

The Spaniard has been with the Red Devils for the past 11 years and he recently entered the record books by becoming the eighth player in the club’s history to make 500 appearances.

However, there is still uncertainty regarding his future beyond this season. United currently have the option of extending his £375,000-a-week deal for another year, but are reluctant to do so.

A new contract with a significant 50 per cent pay cut is considered as a ‘realistic possibility’ but the 31-year-old would still be one of the highest earners at the Red Devils next season.

Hence, the club have a big decision to make. They need to decide between a new deal for De Gea and purchasing a young keeper. Unai Simon and Diogo Costa are on United’s wishlist.

When the season started, there were doubts over De Gea’s ability to adapt to Ten Hag’s playing style. He started in the worst possible fashion with blunders against Brighton and Brentford.

However, Ten Hag continued to offer his full support and it has paid dividends over the past few months. De Gea has improved with his distribution and has averaged over five long balls per game.

The Spaniard has also been willing to come out of his goal when required. There has been a notable difference from his previous seasons where he was largely rooted between the sticks.

Despite the progress, Ten Hag has a big decision to make on De Gea’s future. United could find a solid young upgrade in the transfer market while saving wages through De Gea’s exit.

The final choice could be made by the manager. If De Gea can remain faultless until next summer, there is a good possibility that he could be rewarded with a long-term deal on reduced terms.