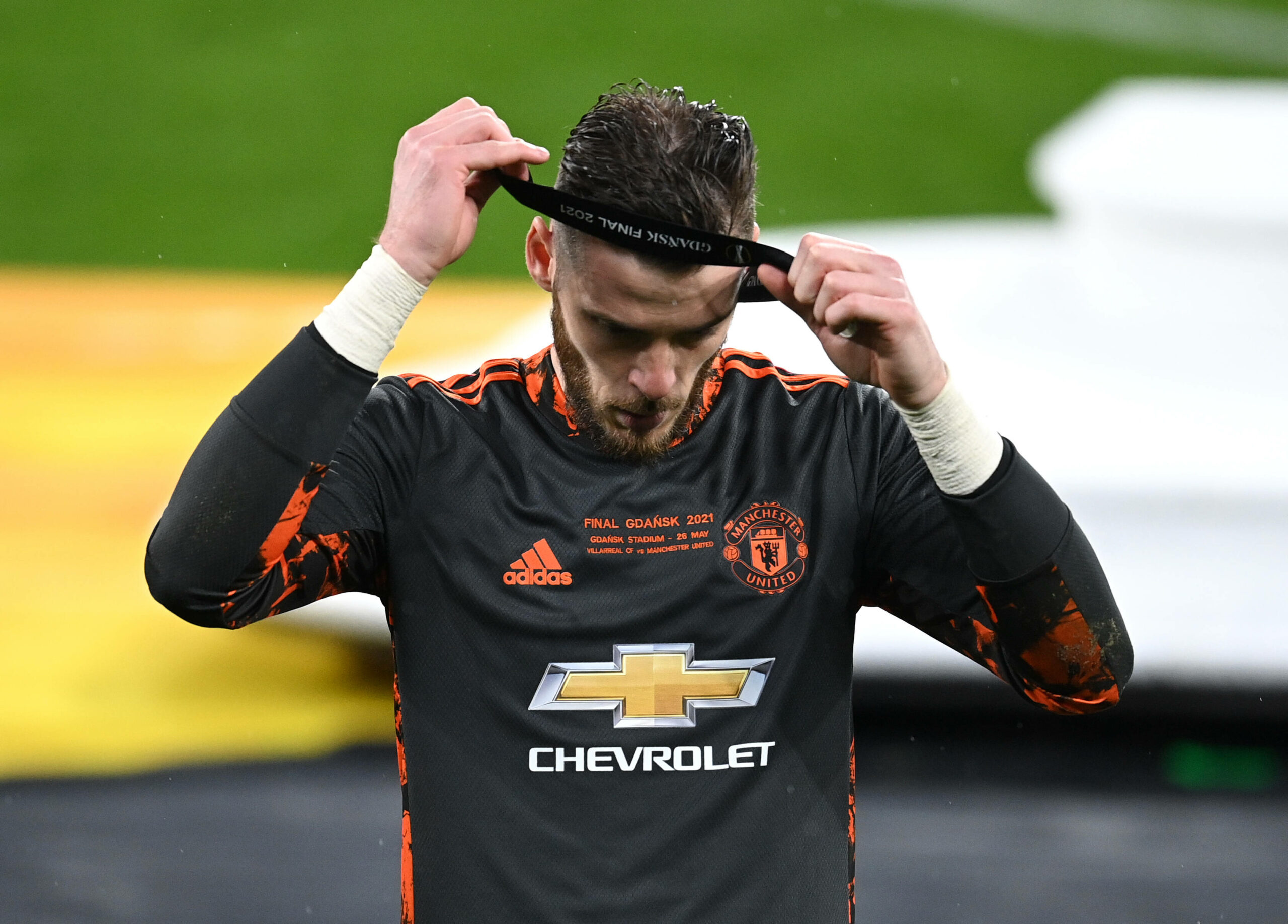 David de Gea has returned early to pre-season training at Carrington as he aims to win back his number one spot between the sticks.

The 30-year-old endured a difficult 2020-21 season at Old Trafford, losing his first-team spot to Dean Henderson towards the end of the campaign.

He was part of the team that lost the Europa League final to Villarreal, with the Spaniard failing to stop any of the spot-kicks before missing his own in the penalty shoot-out defeat.

The experienced goalkeeper was included in Spain’s squad for the European Championships but remained benched for the entire tournament.

Spanish boss Luis Enrique started Unai Simon between the sticks as La Roja reached the semi-finals of the tournament.

De Gea was scheduled to be back at Carrington in early August but has already returned in a bid to reclaim his spot, as per The Sun.

United boss Ole Gunnar Solskjaer has a difficult decision to make this summer.

With the Spaniard and Henderson both unwilling to play a back-up role, the 48-year-old has to decide who will be his first-choice goalkeeper.

De Gea has generally been impressive for the Red Devils since his arrival in Manchester in 2011.

His outstanding reflexes, agility and shot-stopping ability have helped United to victory on countless occasions in the past.

The Spanish goalie’s performances have dipped in the past couple of seasons, opening the door for Henderson to stake his claim.

It is a difficult decision to choose one goalkeeper and say goodbye to the other, and Solskjaer desperately needs to make the right call.