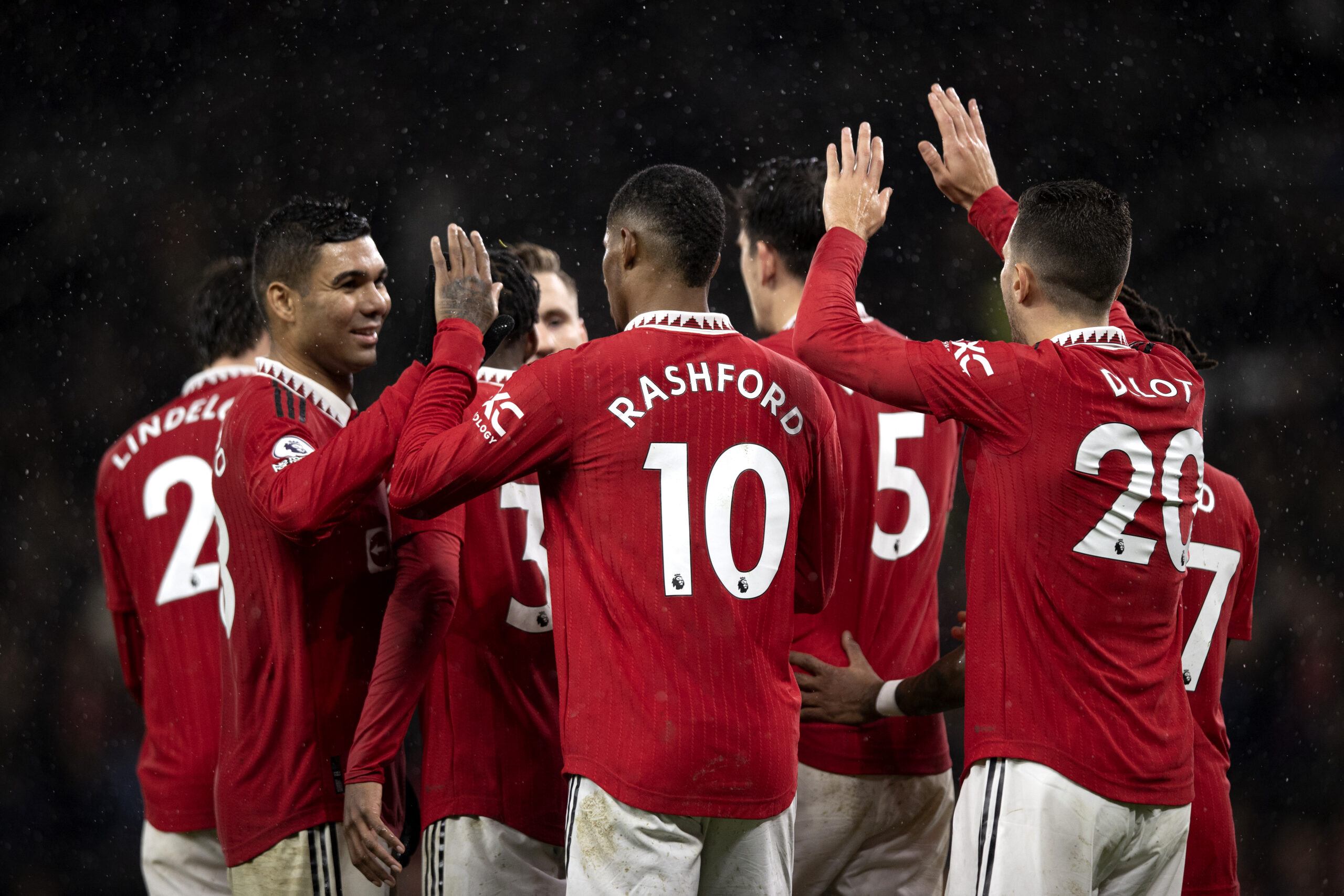 Manchester United have been in a superb run of form following the World Cup break and they recently registered a fourth-straight win in the Premier League.

The club are now placed fourth in the league standings, two points ahead of Tottenham Hotspur with a game in hand and seven in front of arch-rivals Liverpool.

There are plenty of big challenges ahead for United but data experts FiveThirtyEight predict that the club are currently in a good position to qualify for the Champions League.

As per the data which changes with every league game, the Red Devils are braced to finish third in the table with 71 points, two ahead of Newcastle United and Liverpool.

They have a 59 per cent chance of qualifying for next season’s Champions League on the back of Chelsea’s disappointing 1-0 defeat to Manchester City last night.

There is only a three per cent chance of United winning the league, but they will have an opportunity to boost their prospects with games against City and Arsenal coming up.

United face big challenge ahead against Man City and Arsenal

United have been in a splendid four-match winning league run but face a huge test of their credentials in the upcoming games against City and Arsenal in quick succession.

The Red Devils have lost in their last three league meetings against their Manchester rivals. They were truly outclassed at the Etihad Stadium earlier in October with a 6-3 defeat.

Despite this, manager Erik ten Hag will be optimistic heading into the game, with United having beaten the likes of Arsenal, Tottenham Hotspur and Liverpool in front of their fans.

The old counter-attacking approach worked with good effect against those teams and the Dutchman should go with a similar ploy to outwit Pep Guardiola’s side on January 14.

Meanwhile, United are the only side to beat the Gunners in the league this season, but they have not had much joy at the Emirates Stadium with just one point in the last four visits.

The Red Devils capitalised on the Gunners’ high line to score three top-class goals on the counter-attack at Old Trafford. They should fancy their chances against the north London side again.

If United were to beat City and Arsenal in the next two league games, they should strengthen their top-four grip further. There could also be genuine shouts for them to win the league title.