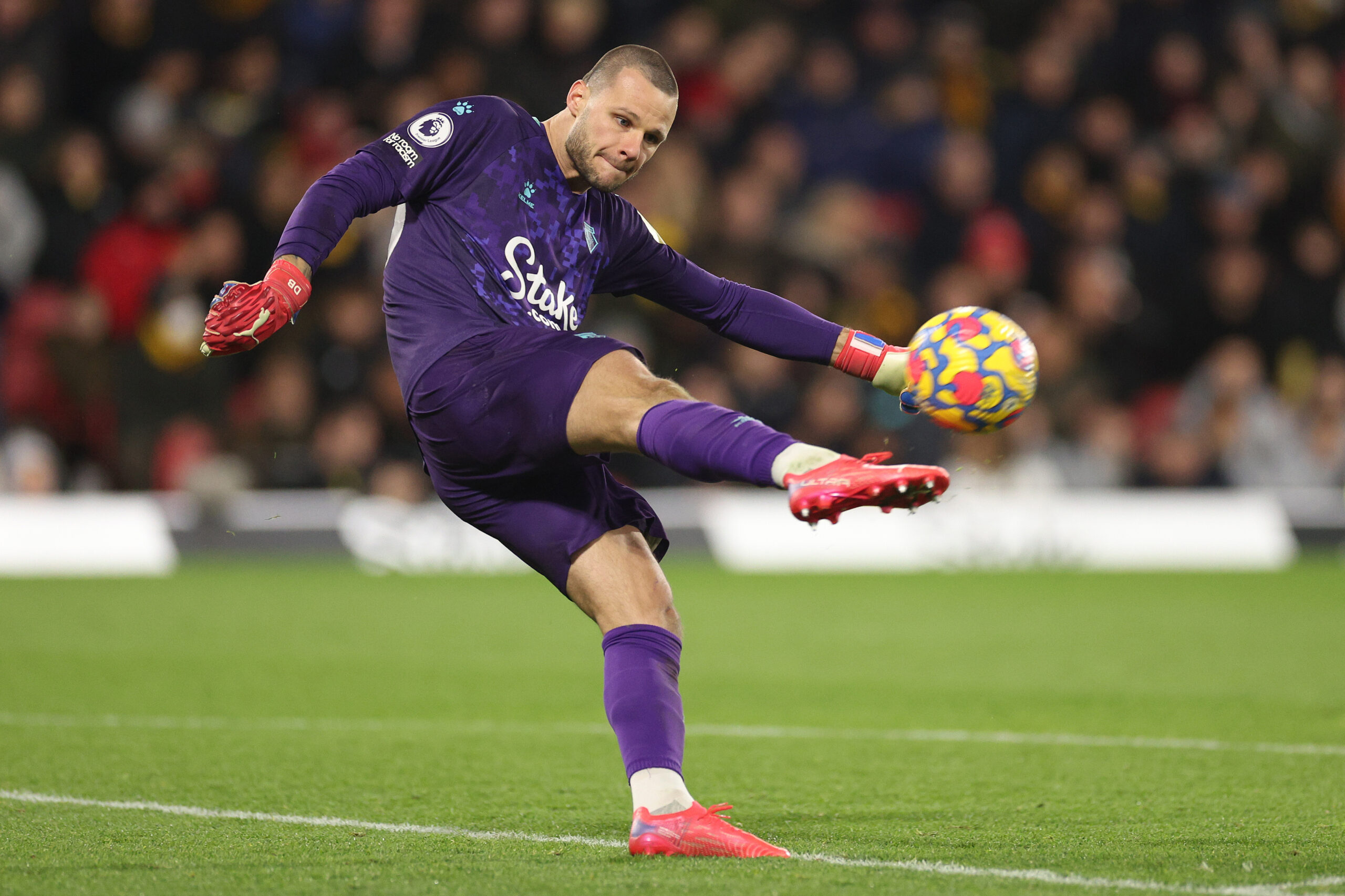 Watford goalkeeper Daniel Bachmann has confirmed that Manchester United were in negotiations to sign him during the recent summer transfer window.

The Red Devils were determined to land a new shot-stopper after loaning out Dean Henderson to Nottingham Forest. Bachmann was earmarked as the top target.

Talks were held with the Hornets on multiple occasions, but a deal did not materialise between the clubs as the Championship side preferred to sell him permanently.

As a result, United turned their attention to Newcastle United’s Martin Dubravka, who arrived on loan on deadline day. The deal includes an option to buy next summer.

Speaking to Austrian outlet LAOLA1 Redaktion, Bachmann said that it was widely known that United were interested in him and there was contact for several weeks.

However, a move did not happen in the end, and Bachmann has no regrets over it.

He told the outlet: “There have been talks with Manchester United. That’s no secret. Of course it’s great to be associated with such a club. It was also a serious story. There were negotiations between the clubs and of course between me and the clubs.”

“It went back and forth for a relatively long time. The first contact was made at the end of May, it lasted until mid-July. It wasn’t like a club or I said no, you just couldn’t agree on anything. That happens in football.

“Of course, if I had gone to United it would have been in the number 2 position. In David de Gea, they have a top goalkeeper. Of course, that doesn’t mean I would never have played if I went there, because every goalkeeper can be replaced.

“De Gea has also had a low before, during which he did not play for a while. I would not have gone to United just to sit on the bench. I would have come to training every day and tried to convince the coach to let me play. That’s very clear.”

Much has been said about De Gea’s distribution and mobility this term, but he continues to remain the first-choice. The Spaniard had a poor start to the campaign with a few blunders, but has sorted himself over the past five matches.

Erik ten Hag has been supportive of his goalkeeper after a rough beginning to the season, and the onus is now on De Gea finding the consistency. He definitely needs to improve on his passing from the back and high claims in future.

Meanwhile, United could not sign Bachmann from the Hornets, but managed to land a much better goalkeeper as De Gea’s deputy. Compared to the 28-year-old, Dubravka is a tried-and-tested Premier League keeper with vast experience.

Of course, his distribution is not the best either, but the Slovakian is more commanding in the air and can deliver quality long balls. If Ten Hag does contemplate a change, Dubravka should be a solid option between the sticks this term.