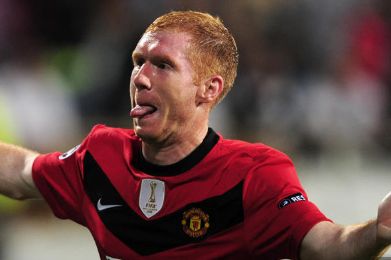 It’s been quite a week! From beach balls to touchline brawls and slack marking to summit embarking. Now Moscow and the artificial pitch awaits for Ferguson and his charges where three more points would go even further to sealing United’s progression into the next phase of the Champions League.

It’s worth noting that trips to the Luzhniki Stadium haven’t been too unkind in recent years either, although CSKA certainly won’t be a proverbial walk in the park synthetic grass.

Following his absence from Saturday’s victory over Bolton, Wayne Rooney continues to miss out with the calf injury he picked up whilst playing for England. That does, however, give another chance for Michael Owen to prove his worth and continue to develop a partnership with Dimitar Berbatov.

Ryan Giggs did get through 90 minutes against the Trotters on the weekend, although he has not travelled with the squad to Moscow. You would assume that he probably wouldn’t have been given the nod even if he was fully fit and with Liverpool in mind, it makes sense to allow the Welshman the evening off to rest up.

That could quite realistically present Nani with a terrific opportunity. Having scored an impressive goal for his country last week, the former Sporting Lisbon man should be chomping at the bit to show what he’s about and the ideal scenario may be to afford him the chance to go and express himself in Russia. It may be last chance saloon for the 22-year-old this season and it’s these sort of chances that he has to firmly clutch with both hands.

Patrice Evra is another to have stayed in Manchester so one would expect John O’Shea to switch to left-back with Wes Brown operating on the right hand side of the defence. Rio Ferdinand survived a further barrage of criticism following a steady showing on Saturday so he should continue alongside Jonny Evans with Nemanja Vidic possibly being rested for the trip to Anfield. Edwin van der Sar should continue in goal.

United will also be without Darren Fletcher and Park Ji-Sung through injury so that should see a definite start for Paul Scholes with one of Anderson or Michael Carrick alongside him. With Nani undoubtedly occupying one flank, Antonio Valencia, fresh from his first competitive goal for the club, should start on the other.

In the build-up to the encounter, Ferguson admitted that he wasn’t concerned about playing on an artificial pitch, hinting that he would be happy with a draw in Moscow.

“CSKA are a young side who know what they are doing and have one win behind them already,” the Scot said, as quoted by the Daily Mail.

“Also, their home advantage means more than usual because they play on an artificial plastic surface. I don’t have a problem with that, though, because we can cope and I am looking to our back-to-back games against CSKA to take us to 10 points and a place in the knockout stages.”

CSKA certainly shouldn’t be underestimated although despite Sir Alex’s best efforts to play down the need for a resounding result, and even with something of a depleted squad, three points should most definitely be in reach for the Reds.

The Moscow outfit are a little off the pace in the Russian Premier League, seven points behind leaders Rubin Kazan in fourth spot having played 25 games of the season (which kicked off in March). They did, however, beat Besiktas in the last round of Champions League fixtures and keep your eye out for goalkeeper Igor Akinfeev, a player who has been linked with a switch to Old Trafford in recent times.