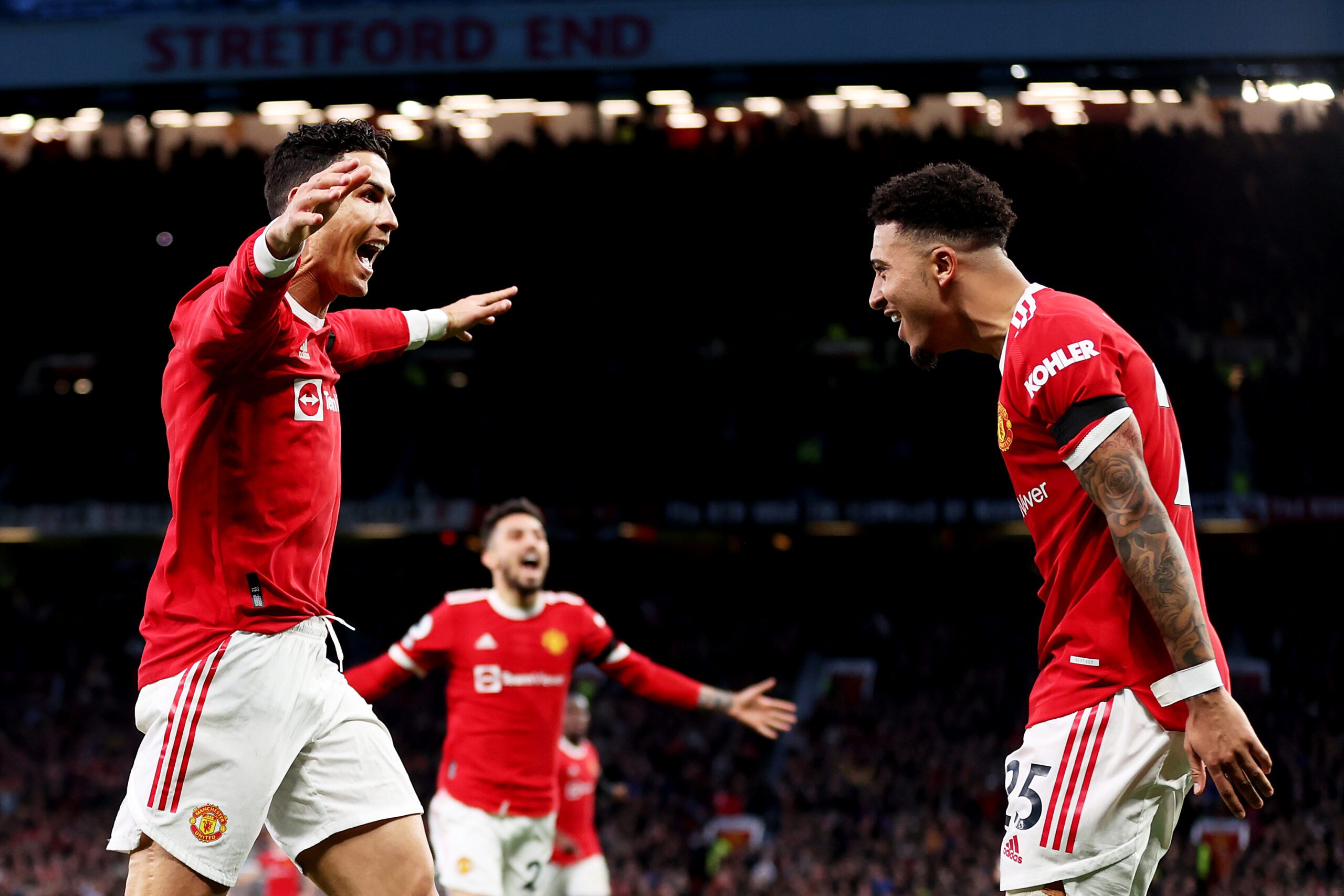 Manchester United returned to winning ways on Saturday evening with an impressive 3-2 win over Tottenham Hotspur in the Premier League.

Ronaldo’s absence for the Manchester derby lead to plenty of questions over his commitment, but the Portuguese star silenced his doubters with a stunning hat-trick against Antonio Conte’s side.

The 37-year-old meant business from the off. He opened the scoring in just the 12th minute. Ronaldo rolled back the years with a stellar 25-yard shot into the top left corner of Hugo Lloris’ net.

Spurs got back into the game through a controversial penalty in the 35th minute, but just moments later, Ronaldo scored from a lovely counter-attack, initiated by Nemanja Matic’s long ball.

The Serbian unleashed Sancho on the counter-attack from the left flank. The England star, who has made regular goal contributions since February, put the ball on the plate for Ronaldo to tap home.

Spurs equalised in the 72nd minute through an unfortunate Harry Maguire own goal, but Ronaldo had the final say with a superb leaping header from a corner into the top right corner of Lloris’ net.

He now has a staggering 807 goals to his name. Among active players, only Lionel Messi comes closest with 759.

The Portuguese stole the headlines with the second United hat-trick of his career, but there were plenty of other positive performances. Sancho continued his resurgence under Ralf Rangnick.

The club’s big summer signing struggled during the first half of the campaign, registering just a solitary goal in the Premier League against Chelsea, which was initiated by a Jorginho error.

However, he has looked a completely different player since the winter break. He has five goal contributions in his last six league games. He was also on the scoresheet in the FA Cup fourth-round loss.

Sancho was constantly in and out of the line-up earlier this term while swapping between the wings. Rangnick has now got the best out of him, handing a regular starting role on the left wing.

The England star was getting into good positions in and around the box in the past. He is now brimming with confidence which has seen him replicate the displays from his time at Borussia Dortmund.

Aside from his assist yesterday, Sancho delivered four key passes with an overall pass success rate of 90. He also won four duels while registering one tackle and two interceptions.

Sancho has a key role to play in the run-in as United push for a top-four Premier League finish.