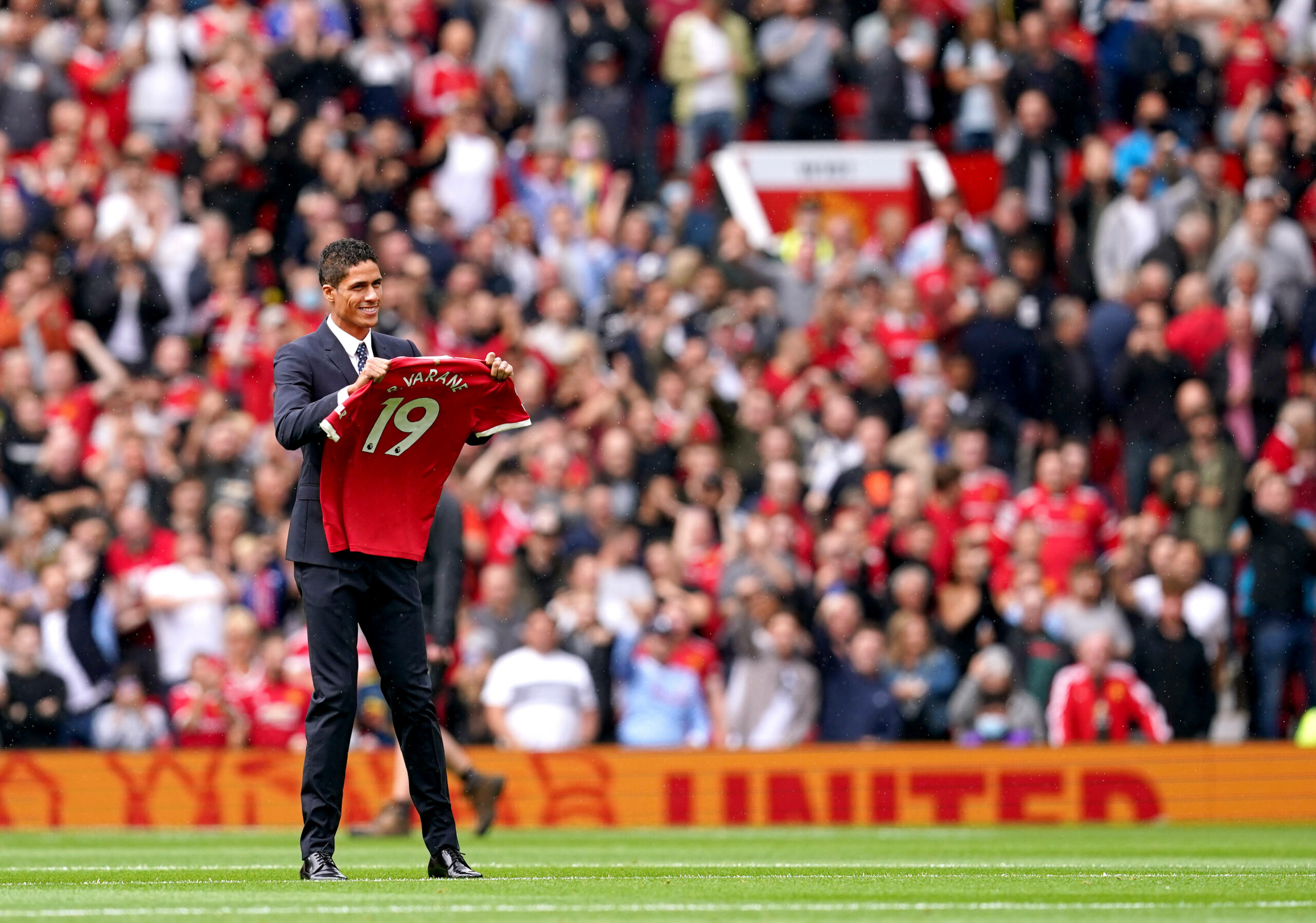 Cristiano Ronaldo, who played for the Red Devils between 2003 and 2009, was impressed by the 28-year-old’s arrival.

United faced criticism for delaying the official announcement after they struck a £42.7 million deal for the experienced centre-back.

However, the issues were resolved and they have secured a four-year deal for the France international.

Holding his new No 19 jersey, Varane came onto the pitch on Saturday, with supporters greeting him with a standing ovation.

Over 72,000 fans were in attendance at the Theatre of Dreams, which is the first time at the stadium since the outbreak of the pandemic.

Varane’s signing has been widely praised and Ronaldo also appears to be impressed.

He was greeted by ex-United defender Rio Ferdinand, who shook his hand and told him to ‘win, win, win’.

The famous pundit later shared the exchange on Instagram, and Ronaldo commented on that post, writing: ‘Grande (great)’.