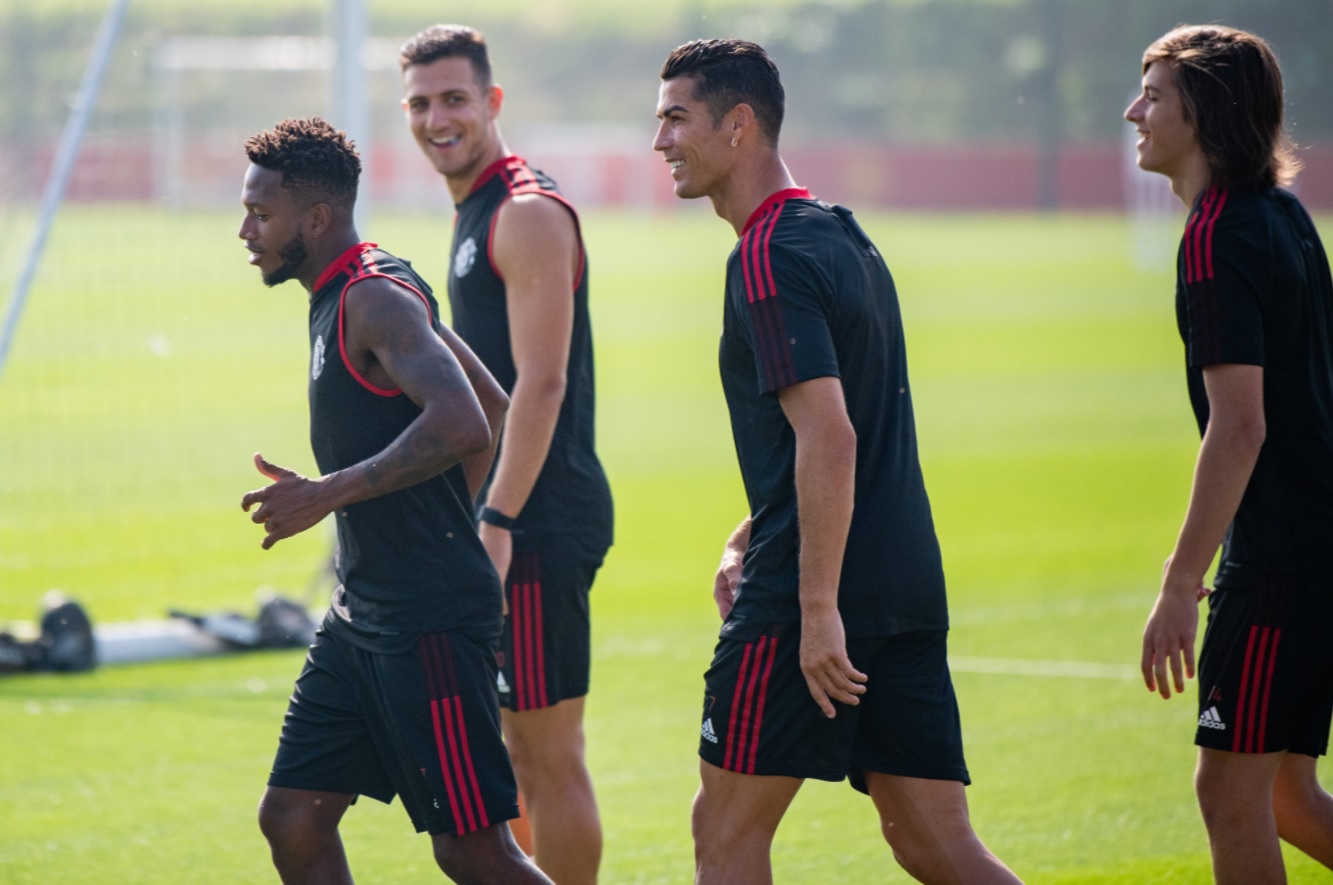 Cristiano Ronaldo made his much-awaited return as he reported for his first training session at Carrington on Tuesday.

In the final days of the transfer window, Ronaldo made a surprise decision to leave Juventus.

Manchester United grabbed the opportunity to make the Portuguese one of the biggest signings of the summer.

Last week, Ronaldo broke the men’s record for the most international goals by scoring a brace against Ireland.

However, he was also handed a suspension that night.

He was subsequently released from the national squad on Thursday and returned to Manchester the same day.

Ronaldo had to quarantine for five days, which ended on Tuesday.

He met his new boss and former teammate, Ole Gunnar Solskjaer, before joining the rest of the team for training.

He soon got acquainted with the squad and wasted no time in settling down at his home.

Ronaldo’s return may be just what the club needs. They have struggled to win silverware since Sir Alex Ferguson left the club.

The Red Devils have never won the Premier League following Ferguson’s retirement and have not lifted a trophy in four years.

Ronaldo’s return is hugely exciting as he has won plenty of silverware throughout his career.

His winning mentality should rub off on the other players and drive United on to glory this season.

Ronaldo’s knowledge and experience should also have a major impact on the development of the club’s younger players.

He is likely to make his debut against Newcastle United on Saturday in front of a packed house at Old Trafford.