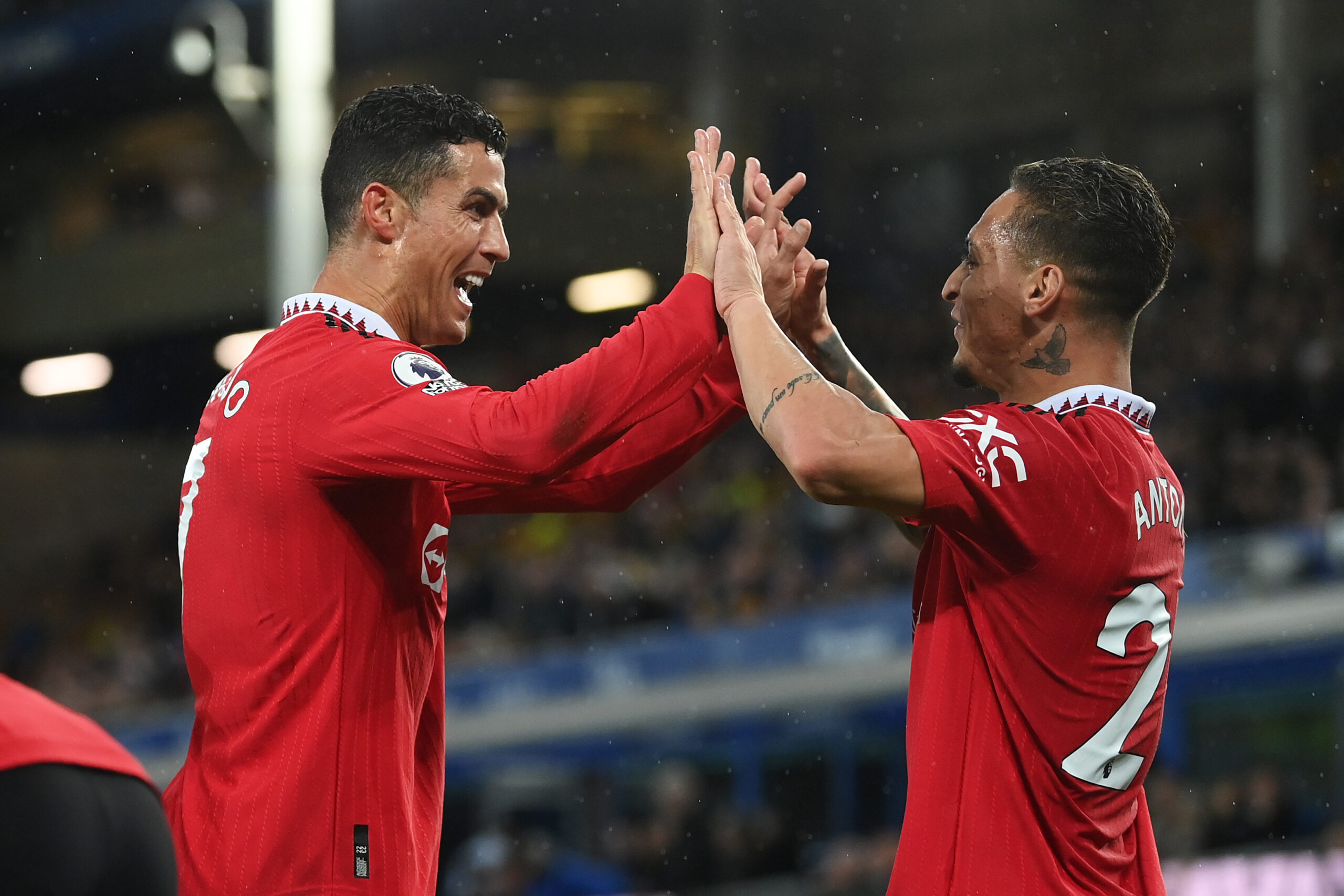 Cristiano Ronaldo and Antony created history on Sunday evening as Manchester United registered a 2-1 comeback win over Everton in the Premier League.

The Red Devils made the worst possible start to the game as the Toffees scored after just five minutes. Alex Iwobi put them ahead with a stellar 25-yard strike.

However, it took only 10 minutes more for United to pull level. Anthony Martial played through Antony, who converted past an onrushing Jordan Pickford.

In the process, the Brazil international scored for the third straight league game, thereby becoming the first United player to do so in top-flight history.

He had previously shared the feat (two in two) with several players including Zlatan Ibrahimovic.

Martial, who was the architect for the goal, unfortunately got substituted with a hip injury in the 29th minute, but it was a blessing in disguise for United.

Cristiano Ronaldo, who replaced him up front, found the back of the net from a Casemiro assist.

The Portugal superstar scored right before the half-time interval. It was his first goal from open play this term, but most memorably his 700th club career goal.

He has now become the first player to achieve the sensational feat and will be undoubtedly delighted, having endured a tough beginning to the campaign.

United should have won 3-1 in the end, but a superb counter-attacking goal from Marcus Rashford was cancelled by VAR for a minor handball in the lead-up.

Despite this, it was a superb response after going down so early. The Red Devils will be aiming to carry the momentum for the congested schedule ahead.

United are currently fifth in the Premier League standings with 15 points, one behind rivals Chelsea, who are occupying the final Champions League position.