‘Created by the poor, stolen by the rich’: United fans protest about Super League outside Old Trafford 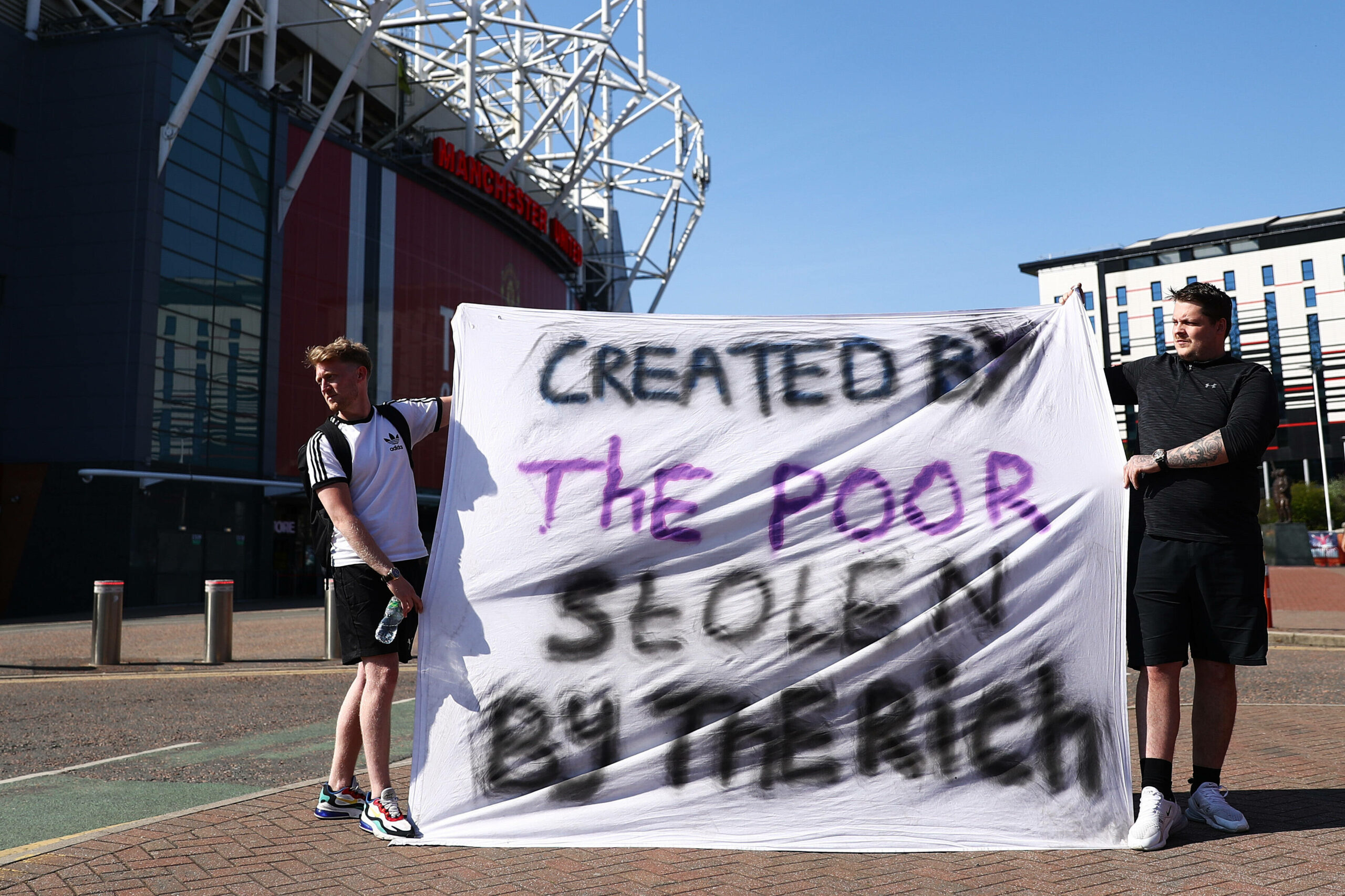 Manchester United fans have hit out after the club announced the decision to join the renegade group forming a breakaway European Super League (ESL).

The announcement was followed by massive criticism from all sectors on Monday, with even UK prime minister Boris Johnson being critical of the move.

With supporters still not allowed to enter stadiums, United fans became creative as they came out to protest against the proposed league.

The fans gathered in numbers outside Old Trafford and hung banners outside the stadium. “Created by the poor, stolen by the rich,” one of the banners read.

A similar response was seen at Etihad Stadium with Manchester City fans hanging banners outside of the entrance to the Colin Bell Stand.

Fans have been critical about the Super League, which is proposed to be a mid-week tournament with a total of 20 teams participating in it.

Apart from the 15 founding members (12 so far, three are expected to join soon), five clubs will get promoted to participate in the tournament according to their league performances, as per the proposed plan.

The problem cited with the tournament is the fact that there are no relegation and promotion criteria for the founding members – thus essentially providing these financially stronger clubs with a platform to compete in a tournament from which they can never be eliminated.

It is a direct challenge to the Champions League tournament, which, also provided equal opportunities to financially weaker clubs to compete with the top European clubs and make a mark on the football landscape.