Could this be Eric Bailly’s partner at Man Utd next season? 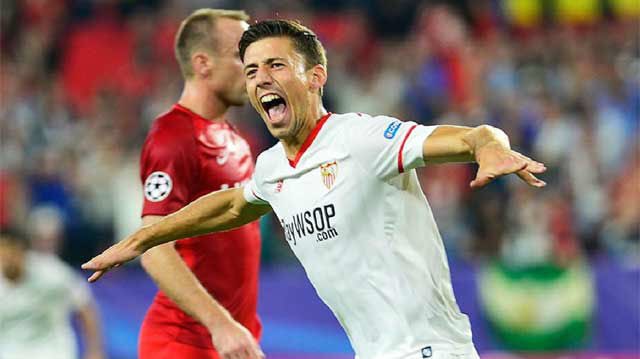 Manchester United are widely-expected to sign a new centre-back during this summer’s transfer window to partner Eric Bailly.

Last summer’s big signing, Victor Lindelof, has failed to settle into life in England and has subsequently only made 11 Premier League starts in his debut campaign – many of these due to injuries.

Jose Mourinho has never seemingly been keen on Chris Smalling or Phil Jones as a long-term solution in defence so we can expect a new player to be signed this summer.

Barcelona’s Samuel Umtiti has been strongly linked with a move to Old Trafford but now the Sun are claiming that we are going to battle the runaway La Liga leaders for Sevilla centre-back Clement Lenglet this summer.

The 22-year-old has been excellent for the Champions League quarter-finalists this season.  The report goes on to say that Lenglet could be as cheap as £20 million.

Clement Lenglet stands at 6’2″ and is a mobile centre-back who only joined the Spanish side from Nancy last January.  He has been a regular in their side ever since.  He made 10 appearances for the French under-21s but has yet to receive a single senior cap from Didier Deschamps so far.

The youngster reads the game well and is a good tackler – he could certainly be an upgrade on what we currently have on our books.  Whether the defender would choose us over Barcelona remains to be seen.