Concentration key ingredient to Delia with the Canaries 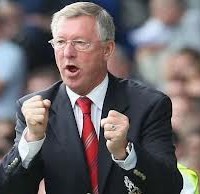 United are without Paul Scholes and Phil Jones for tomorrow’s visit from a team that sprung a surprise inflicting United’s last league defeat back in November 2012. Since that 1-0 away defeat at Carrow Road, United have notched up 13 wins, 2 draws but not a single reverse; conceding a mere 14 goals, bagging 30 along the way and keeping a cleansheet in their last 3 fixtures. It could be therefore be said United are in good form!

Historical form points to nothing more than United collecting all three points. Norwich did the unthinkable between 1986 and 1989 and won at Old Trafford 3 out of 4 years at a time when United under Sir Alex were finding their feet. Twenty-plus years on and Sir Alex knows a repeat of one of those results has to be avoided despite the doubtless need to make changes ahead of Tuesday’s…….ssshhhhh, don’t mention Tuesday.

Betegy hit the post last week with their prediction of a United 1-0 win, I was much happier after predicting a United win by 2 two clear goals. This week Betegy go with a 2-1 United win in a repeat of the 2004 scoreline when Alan Smith scored this cracking volley.

*On 2 March 1991 a fresh-faced, willowy winger called Ryan Giggs trotted on the pitch at Old Trafford to make his Manchester United debut as a substitute against Everton.

*On 2 March 2013, 22 years later to the very day, he will play his 1000th career game against Norwich City; that’s assuming Sir Alex has not had a sentimentality bypass and decides to leave him out, which seems unlikely given the news of a new one-year contract for the Welshman was released 24 hours before kick-off.

*It’s already been a season of landmarks for Giggs, his goal against Everton three weeks ago ensured that he has scored a league goal in each of the last 23 seasons, he’s already overtaken Mark Hughes to go joint seventh in Manchester United’s all-time goalscorers’ list, a 13th title winner’s medal is within touching distance and there’s a small but hopeful third Champions League winners’ medal to play for.

*Giggs is only the third British outfield player to reach the thousand game mark, after Tony Ford and Graeme Alexander.
In the modern era, the only player who compares to Giggs is the fantastic Paolo Maldini, who played 25 seasons for AC Milan.
Milan retired their number three shirt when Maldini stopped playing, promising that it would only ever be worn again if one of his sons should graduate to their first team; after all, how could the number three shirt in red and black stripes bear any other name than a Maldini? Maybe United will consider doing the same when Giggs pulls off his number 11 jersey for the last time?

We’ve had this discussion before, obviously prematurely, but what do you think United will do with the No11 shirt? Some suggest it be retired but I think that’s unthinkable, it needs to be there to inspire and be aspired for just like No7 is. I can’t see Giggs wanting it retired either, I think he’d find that a bit embarrassing to be honest. 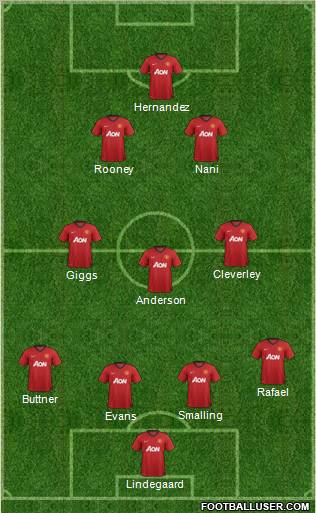 The usual need for a result, preferably a win but I get the feeling Sir Alex would settle for a draw with no fresh injury worries, and the need for a few changes; I’m sensing will try to overcome Norwich’s aerial threat from wide areas with height at the back and young legs in the middle.

I think Carrick and van Persie will be rested, Anderson utilised alongside Cleverley and Nani will be asked to run riot down the right while Valencia sits on the bench throughout unless his presence is necessary. Hernandez must surely be a shoo-in tomorrow? Will Welbeck feature? With the onus placed more so on finishing our chances rather than the industry required on ‘you know when’, I think Welbeck could also be on the bench while Rooney’s asked to drag the team through an important 90 minutes in the knowledge he’s easily capable of performing twice in four days.

I just wonder one thing though. Will Lindegaard be in goal? Considering his importance out in Madrid and his pending importance on Tuesday, it could be a huge blow if anything were to happen to him in a game that we could arguably afford to lose rather than injure de Gea. Just a thought that’s all, but it’s one I think Sir Alex might be having himself and could err on the side of caution with.

For me the first 15 minutes will be crucial. The boys will be nervous and probably have one eye on Tuesday themselves no matter how hard they try not to. If the opening exchanges go our way we’ll take the points. If it’s going to be one of those days we’ll know inside those 15 minutes, let’s hope it isn’t. Concentration and a positive start are key to maintaining the ‘relentless’ pressure we’re applying in our hunt for silverware.

I’m leaving a result prediction out this week but I have no doubt Ryan Giggs will score on his 1000th professional appearance such is the story of this man’s life. Who writes his scripts eh? Remember Norwich away last season? Last minute of his 900th league appearance? You know it’s going to happen!

What score do you fancy? Who will make the starting line-up?

If you’re a betting man/woman you’ll be keen to know Betegy’s record is quite impressive. Betegy has predicted each of United’s most recent RESULTS to within one goal with the outcomes all correct. Why not see for yourself.