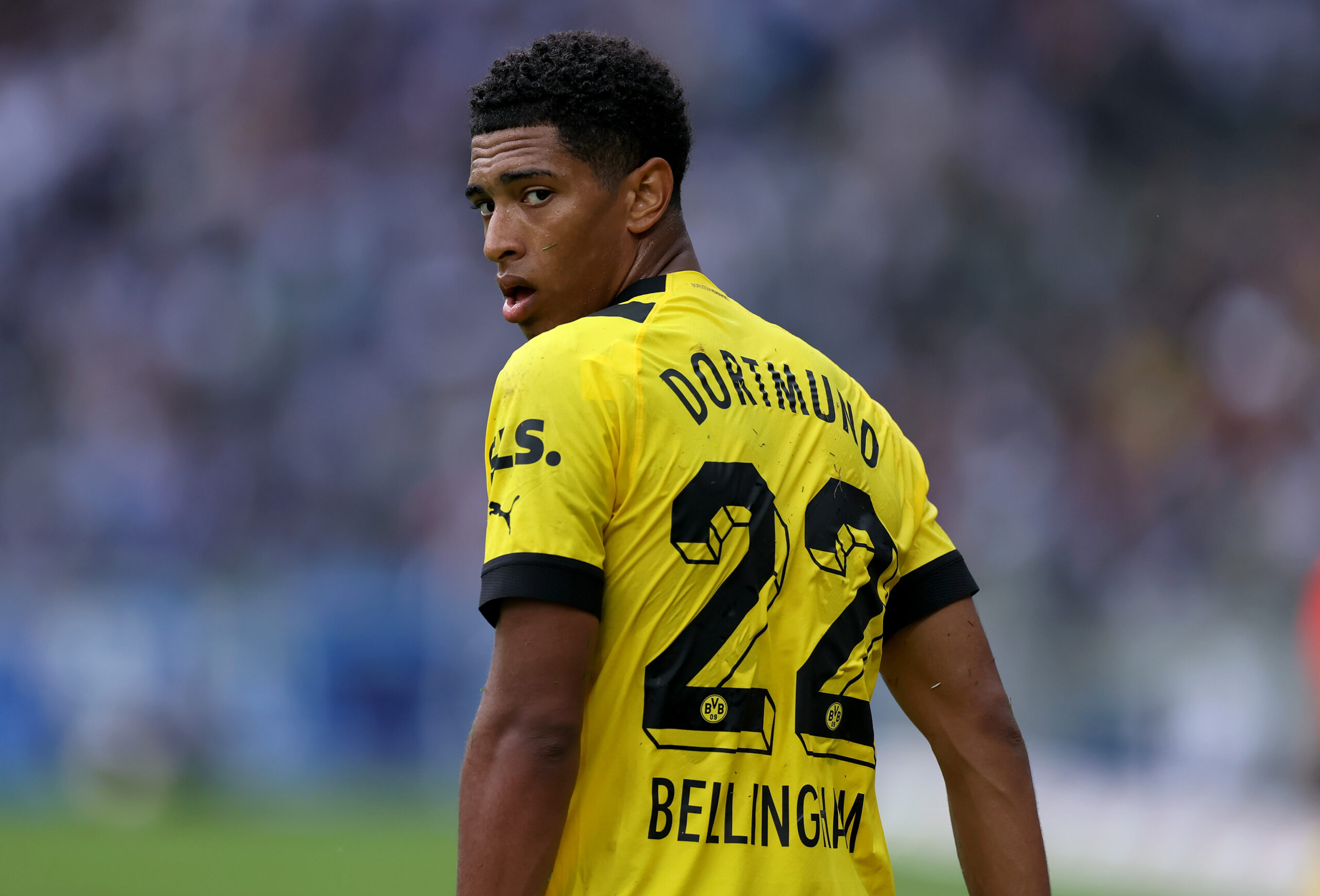 ‘Commercial opportunities’ could be a deal-clincher in determining which club Jude Bellingham signs for next summer.

That’s according to The Athletic, who claim the player’s family have submitted an application to have ‘Jude Bellingham’ trademarked.

The Borussia Dortmund star is expected to leave Germany next summer and sign for one of the Premier League big guns.

Liverpool have been strongly linked with the 19-year-old, while Manchester United and Chelsea are also in the running.

United may have the edge in the Bellingham race

In addition to commercial considerations, Bellingham reportedly wants to join a club that can offer him an exciting football project.

Those two elements may well give United an edge over their Premier League rivals in the race for the £131.6 million-rated star.

From a football perspective, Liverpool and Chelsea can argue that they have been genuine contenders for silverware over the past few seasons.

United do not have the same luxury, but they could offer Bellingham an exciting project – one that makes him central to their bid to win trophies again.

However, the commercial element of this potential move may well give United an advantage over Bellingham’s other suitors.

Liverpool and Chelsea are big clubs. They are both popular globally. However, they are commercially not in the same league as the Red Devils.

When it comes to global appeal, United are way ahead of most other European clubs. Only Real Madrid and Barcelona are in the same ballpark.

All three Premier League clubs will be able to argue that their football project is exciting. No one can dispute that.

Where United unquestionably have the edge is in the commercial stakes. Put the two together, and signing Bellingham could well become a reality.