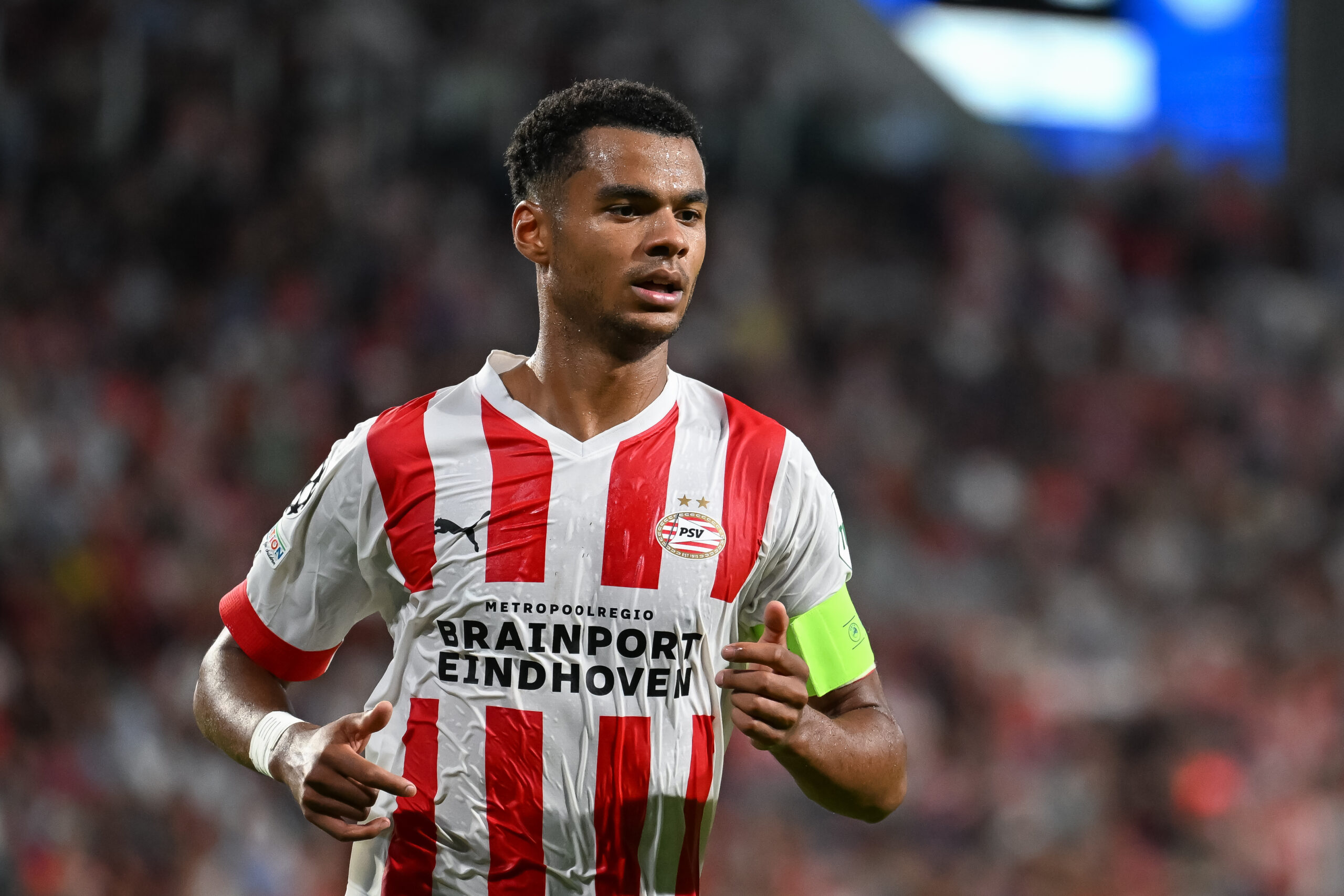 PSV Eindhoven star Cody Gakpo has revealed that he held talks with Erik ten Hag about a potential summer switch to Manchester United.

The Red Devils were keen to add firepower to their attack and had Gakpo on their shortlist.

However, they spend a hefty €100 million to bring Antony to Old Trafford, leaving them with no budget to sign the PSV forward.

The 23-year-old has now admitted that he was very close to completing a move to United in the summer.

He said to The Times (via Manchester Evening News): “I was close to leaving – I spoke to Erik ten Hag a few times at Manchester United.

“It ended about a week before the end of the transfer window, and in that week I had to decide if I would go to Leeds or Southampton.

“In the end, I stayed, but it was a stressful period. I always said if I stay here, it’s my childhood club. It’s not a punishment. ‘I like being here – I want to win trophies here and do my best for the club.

“But if I got the chance to go to the Premier League or something, of course, I would have to consider that option. At that time it was hectic for me, but I recovered pretty quickly.”

The Netherlands international is a versatile forward who can play on the left flank or as a centre-forward.

A failed summer transfer didn’t hurt his ambitions, as he has been in scintillating form this campaign.

In 18 appearances this season, he has bagged 13 goals and 11 assists.

He has the highest number of goals and assists in Europe’s top leagues this term.

His eye-catching performances make him a certainty in Louis van Gaal’s World Cup squad. He will be hoping to put in solid performances for his country.

Ten Hag is short of attacking depth in his squad. Cristiano Ronaldo is past his best, and it’s still doubtful he will remain at Old Trafford next season.

His current deal expires in the summer, with United having the option to trigger a one-year extension.

Anthony Martial is another striker at the Dutchman’s disposal, but his injury record makes him unreliable.

Gakpo could be a great addition to Ten Hag’s squad and would fit perfectly with his long-term ambitions.