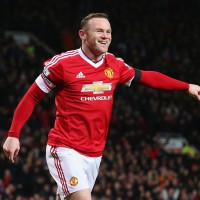 Wayne Rooney remains Manchester United’s main man who would not have looked out of place in some of United’s best sides of yesteryear, according to former Wales and United defender Clayton Blackmore.
Speaking to Stretty News’ Dale O’Donnell at a Play With a Legend Event last week, Blackmore lifted the lid on what it was like to play under Fergie and on what to make of the transfer rumours surrounding fellow Welshman Gareth Bale.
The publication of this interview’s extract has been authorised by Stretty News, to read the interview in its entirety click here.
There is a lot of talk currently about managers and you played under the greatest. Did you ever get the hairdryer treatment from Fergie?
“The first hairdryer treatment was down at Torquay I think. It was 0-0 at half time and he went a bit berserk, and gave us an idea of what could happen if we didn’t play well. That is where he kicked the teas, orange juice. Everything went all over the place. It was everywhere but you know he was very fiery and just had to get it out of his system.
“Individually, I only got it once or twice but you’ve just got to ride the storm.
What happened at Torquay then? Did you turn it around?
“I think we won but it was just [Fergie] putting down a benchmark. If you don’t pull your weight this is what you’re going to get.
What was the best goal you scored?
“I think the most important one was Montpellier away because we were under a bit of pressure. They were a really good and strong team. It came at the right time. We needed the goal and they actually lost their heads after that.
“But my best goal was probably a toss up between Sheffield Wednesday at home — top corner at the Stratford End — or maybe my diving header against City at the Stratford End, and a 35-yarder against Leeds United the year we should have won the First Division. I’d probably go with the Sheffield Wednesday one.”
If you had to pick one player from the current United team that you’d like to have dropped into your team at United, who would it be?
“Probably [Wayne] Rooney. Rooney is a top player. He gives you one hundred percent. You know what you’re going to get from him.
“I think it’s been a bit unfair that the press are giving him stick. He’s playing up front on his own. Sooner we get someone else up there to help him, he’ll end up being better again. And like myself, he has played out of position and sometimes when you’ve been a centre forward you lose your form in
midfield. It’s difficult to get it back, and I think that has been a little bit of a problem for Wayne.
Is Rooney still the right man to lead England at the Euros this summer in France?
“Definitely. He’s [Rooney] the top scorer all the time. You’d be stupid not to take him with you.
There has always been rumours concerning Bale to United. Is that a good move for the Real Madrid attacker? Would you like to see him at Old Trafford?
“I’m not that bothered about Bale but it would be nice for us. It would be nice to see him back in the English league, definitely playing on the wing or up front for United. Whether it will happen I’m not sure.
Dreamt of playing football with your childhood hero? Well, now you can!  Play with a Legend, brings together football fans and their idols for a memorable football game and a post match pint where you can hear tales from the dressing room. It’s perfect for a stag, birthday, corporate or charity event and with over 80 former professionals involved, there’s sure to be someone you’d like to play alongside.
Related TopicsRedRants Feature