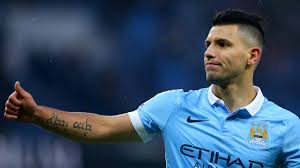 The Football Association (FA) have confirmed they have charged Manchester City striker Sergio Aguero for an alleged act of violent conduct for his incident during his side’s 3-1 victory over West Ham United.

The Argentine international was involved in an incident where he punched the Hammers player Winston Reid with elbow in the 76th minute of the match at the Etihad last weekend. The former Atletico Madrid star’s behaviour was caught on camera, but was not noticed by match referee Andre Mariner.

However, the video replay shows that Aguero has been guilty and City star has until 6pm on August 31 to respond to those charges.

A statement on the FA’s official website read, ” Sergio Aguero has been charged for an alleged act of violent conduct which was not seen by the match officials but caught on video.”

“The Manchester City forward was involved in an incident with West Ham United’s Winston Reid in the 76th minute of the game on Sunday [28 August 2016]. He has until 6pm on Wednesday 31 August to reply.”

“Each panel member will review the video footage independently of one another to determine whether they consider it a sending-off offence. For retrospective action to be taken, and an FA charge to follow, the decision of the panel must be unanimous.”

According to the Mirror, Aguero could be slapped with a three match ban for his violent conduct. This means City star striker will miss the Manchester derby against Manchester United at Old Trafford after the international break on 10 September.