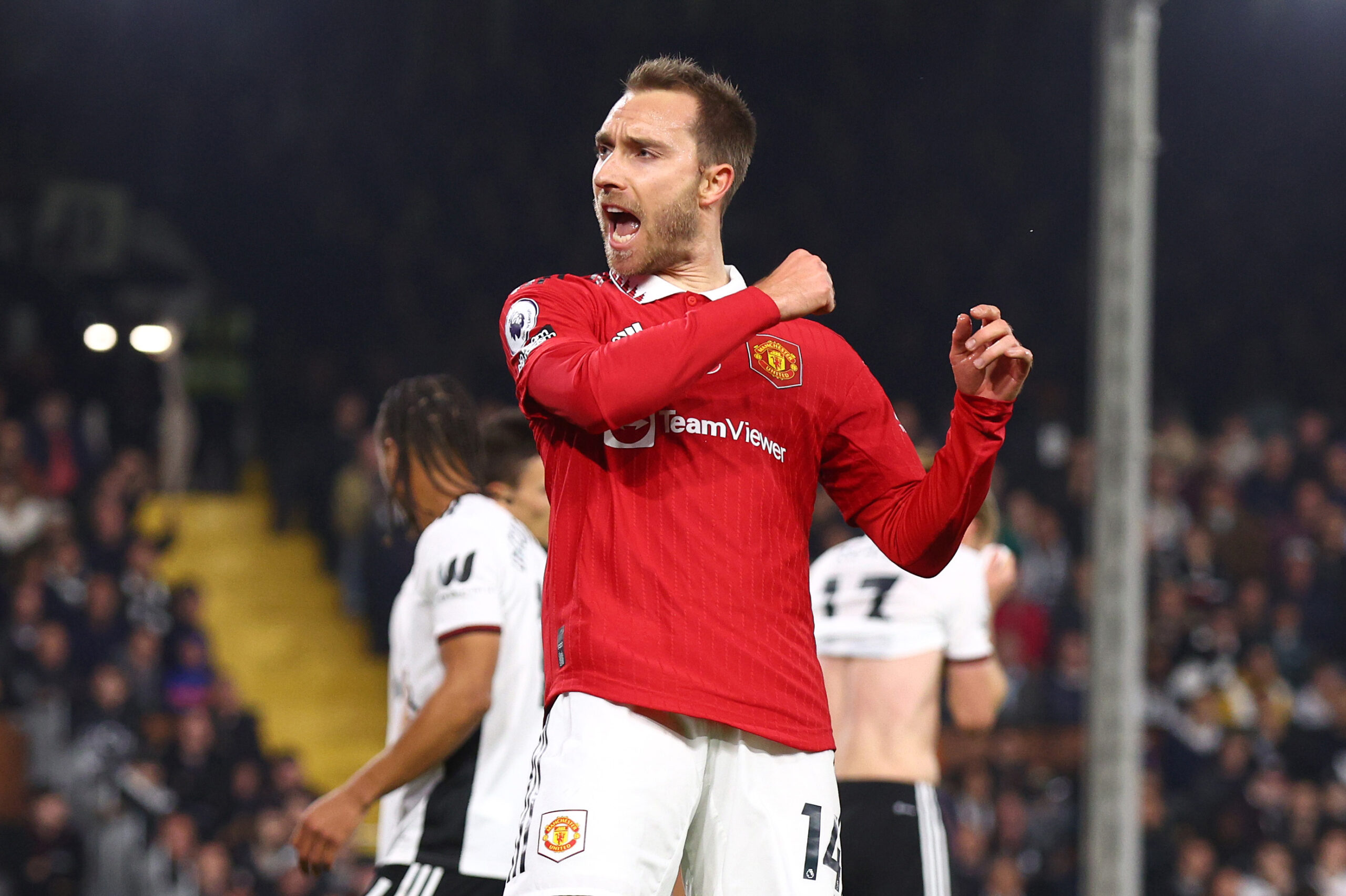 Eriksen has been one of the signings of the season on a free transfer and the Dane showed his class at Craven Cottage with a goal and an assist to his name.

United opened the scoring after just 14 minutes. Bruno Fernandes in his 100th club league appearance, put the ball on the plate for Eriksen to tap home at the far post.

Fulham managed to level the scores at the hour mark through Daniel James after a Fernandes error, but his blushes were saved thanks to Alejandro Garnacho.

The 18-year-old has had an outstanding start to his Red Devils career and he continued his superb form by scoring the winner with barely seconds left on the clock.

Garnacho produced a composed finish with his left foot, but the goal was orchestrated by Eriksen, who played a brilliant one-two with the young Argentine.

Aside from his goal and assist, the Dane won three duels while managing two key passes. Overall, he had 60 touches with 39 passes and four successful long balls.

There were plenty of doubts when United signed Eriksen last summer, but he has completely justified his position with six assists. He bagged his maiden goal at Fulham.

At 30, Eriksen is still playing in the peak of his career and the hierarchy have time on their hands to find a young central midfielder to succeed him in the long run.

Meanwhile, Garnacho’s late heroics at Craven Cottage have seen the Red Devils go within three points off fourth-placed Tottenham Hotspur with a game in hand.

They will resume their league duties after the World Cup against Nottingham Forest on December 27.