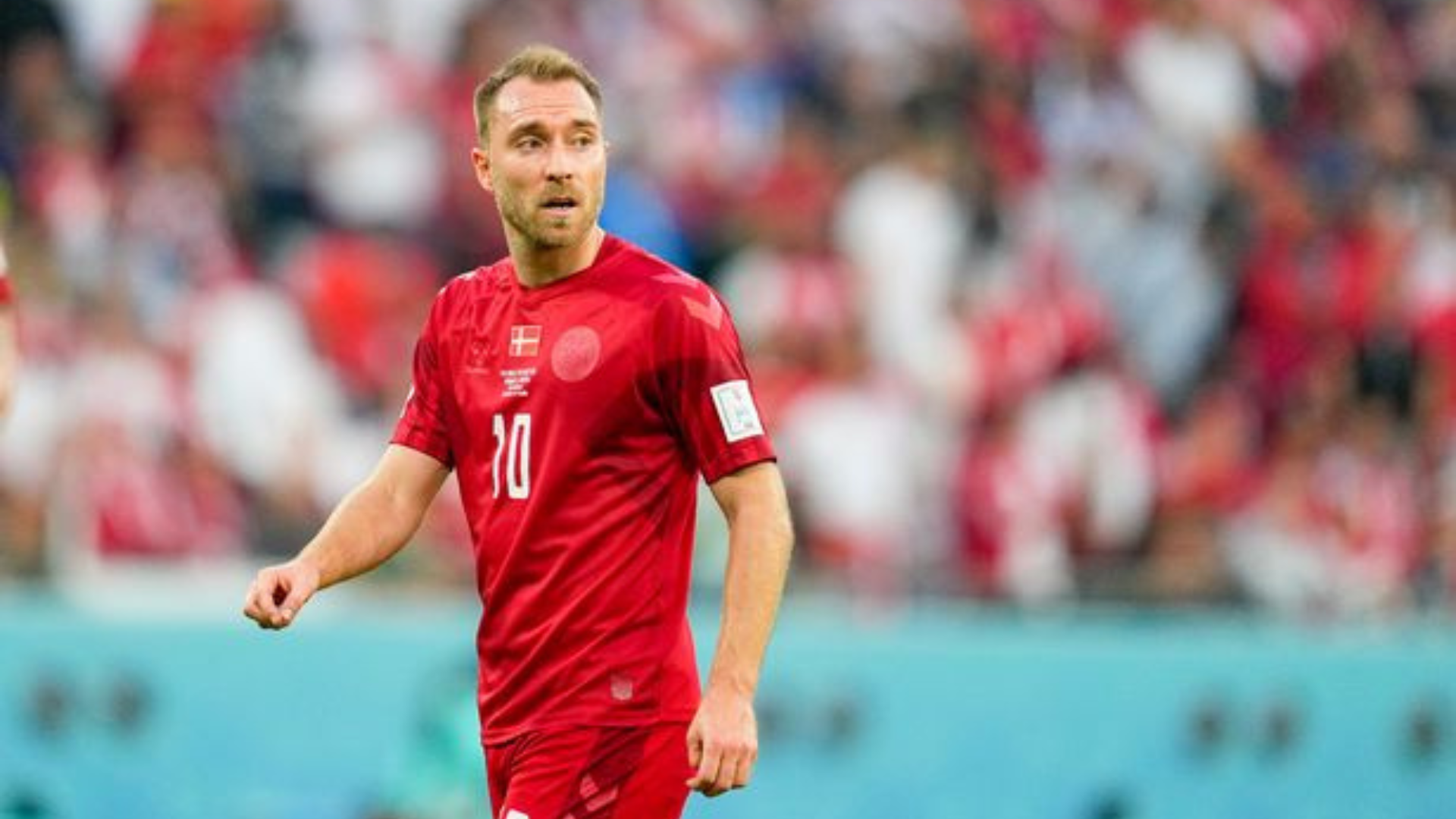 Christian Eriksen is the captain of Denmark at the World Cup

Manchester United star Christian Eriksen started Denmark’s opening contest in the World Cup as they were held to a 0-0 draw by Tunisia.

The first round of the World Cup has presented some interesting results. While Argentina succumbed to defeat earlier in the day at the hands of Saudi Arabia, another intriguing result came in the Group D encounter. Eriksen and his team enjoyed 62 per cent possession while having five shots on target. However, this was not enough, as they missed some worthy opportunities and were held to a stalemate.

Eriksen, who arrived at Old Trafford on a free transfer this summer, led the line in midfield. He donned the no. 10 jersey for his side and was also the captain. Despite suffering an unfortunate cardiac arrest at Euro 2020, it was great to see the midfielder enjoy his time on the big stage.

The former Tottenham star was a shadow of his United self, failing to deliver incisive passes and creating opportunities that were few and far between. However, he had a 90.6 per cent passing accuracy and was certainly the glue that held Denmark’s midfield together.

The Danish star had one opportunity to put his team ahead in the match but saw his shot in the 69th minute get saved by Tunisia goalkeeper Aymen Dahmen. Dahmen also produced some fine saves to keep his team in the game.

Denmark also had a penalty shout ruled out by referee César Ramos Palazuelos when a Tunisian player seemingly handled the ball in their penalty area.

Although the contest remained goalless, it was an end-to-end affair, with both teams putting in valiant efforts to emerge victorious.

Another notable aspect of the match from a Manchester United perspective was the World Cup debut of Hannibal Mejbri. The youngster is currently on loan to Birmingham City from Old Trafford. Mejbri came off the bench in the final ten minutes of the game but was ineffective in creating any clear-cut chances.